Rappler’s 2018 Board of Directors 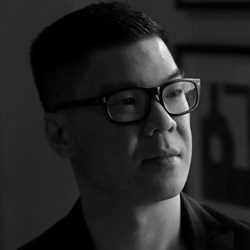 Three founding members of the Rappler Board remain as directors this year. They are Maria A. Ressa, Manny Ayala, and Glenda M. Gloria.

Here are the brief profiles of the 2018 Board of Directors (in alphabetical order):

Carlo is a serial entrepreneur who had previously started venture-backed companies in games, financial inclusion technology, ecommerce, education, and data science. He has released over 30 technology products with millions of users. He currently sits on the corporate boards of an animation company, a cybersecurity company, and a cryptocurrency startup.

In Carlo’s philanthropy work, he is currently heading the Innovation Council for The United Nations’ World Food Programme, serves on the Board of Governors for The Commonwealth Club, and is a board advisor for the Adopt A Pet Foundation.

Manny is a founder of Hatchd Inc, a technology incubator focused on building great internet and mobile brands, and the managing director of Endeavor Philippines. He was previously a managing director at IRG Ltd, a HK-based M&A boutique focused on the telecoms, media, and tech industries. At IRG, Manny focused on a variety of projects on the internet, mobile, television, and online gaming sectors.

Manny was the number two executive at Discovery Networks Asia, where he oversaw strategic planning, programming, on-air branding, and program sales. He was instrumental in building Discovery Channel and Animal Planet into top-rated TV channels across the region. Before joining Discovery, Manny was deputy general manager for TNT and Cartoon Network Asia, an AOL Time Warner TV channel, where he was a key member of the team that launched the service across the Asia Pacific.  Prior to that, Manny worked for STAR TV where he was part of the team that acquired the Don Bluth Animation Studio as well as a number of the world’s key Chinese-language film libraries.

Glenda studied to be a journalist during the Marcos years. Revolutions and transitions shaped her career and temperament. She worked for the Philippine Daily Inquirer, The Manila Times, the Philippine Center for Investigative Journalism, and for international news agencies. In the dying days of the Estrada administration, she co-founded Newsbreak, which started as a weekly news magazine and became one of the Philippines’ leading investigative reporting organizations.

From 2008 to January 2011, she managed ANC, the ABS-CBN News Channel, as its chief operating officer. Under her management, ANC grew its revenue and acted as the harbinger of new initiatives for the ABS-CBN news group.

Glenda now manages the Rappler newsroom, merging traditional journalism with innovative crowd-sourcing social media techniques. She’s written numerous books including Under the Crescent Moon: Rebellion in Mindanao with Marites Dañguilan-Vitug, a book on the conflict in Mindanao that won the National Book Award. In 2011, she wrote The Enemy Within: An Inside Story on Military Corruption with the late Aries Rufo and Gemma Bagayaua-Mendoza.

Glenda finished journalism at the University of Santo Tomas in Manila. A British Chevening scholar, she holds a master’s degree in political sociology from the London School of Economics and Political Science. She is a 2018 Nieman fellow at Harvard University.

Federico is a lawyer with litigation and corporate practice. For his litigation practice he handles criminal, civil, labor and tax cases. His corporate practice involves mergers & acquisitions, business organization and restructuring, IPO offering and regulatory compliance, among others. He is a 2006 graduate of San Beda University’s College of Law in Mendiola and was admitted to the Bar in May 2007. Federico is a lawyer and the corporate Secretary of Philippine Telegraph & Telephone Corp.

Maria has been a journalist in Asia for more than 30 years – nearly a decade as CNN’s bureau chief in Manila, and another decade as the global network’s Jakarta bureau chief. She became CNN’s lead investigative reporter focusing on terrorism networks. In 2003, the Simon & Schuster group published her first book, the first from the region documenting the growth of Jemaah Islamiyah and its links to al-Qaeda, Seeds of Terror: An Eyewitness Account of Al-Qaeda’s Newest Center of Operations in Southeast Asia.

Maria taught courses in politics and the press for her alma mater, Princeton University, and in broadcast principles at the University of the Philippines. Her latest book, From Bin Laden to Facebook, was part of her work as author-in-residence and senior fellow at the International Centre for Political Violence & Terrorism Research in Singapore. She is also the Southeast Asia Visiting Scholar at CORE Lab at the Naval Postgraduate School in Monterey, California. – Rappler.com