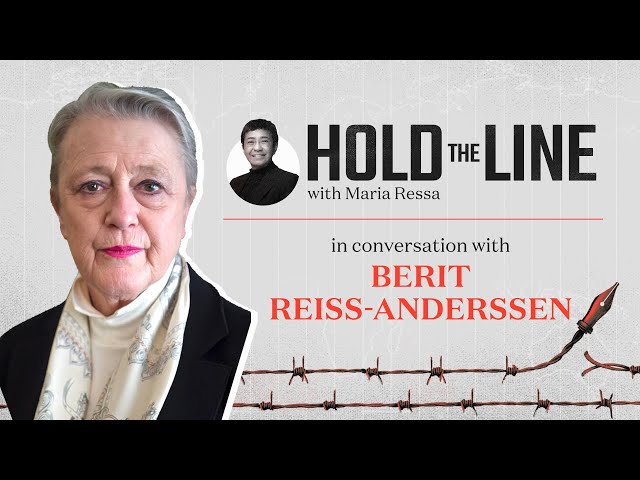 Berit Reiss-Anderssen is a Norwegian defence attorney working predominantly within criminal law, corporate crime, and human rights issues. She previously served in the Norwegian government as a state secretary for the Minister of Justice and the Police. Before joining the Nobel committee, she was the president of the Norwegian Bar Association. In 2017 she was formally elected as the Chair of the Nobel committee.

In this live interview, Maria Ressa and Berit Reiss-Anderson will discuss not just the Nobel Prize committee’s choices but also the state of democracy in the world, the interconnectedness of freedom of expression, journalism, human rights and peace. They will talk about real world solutions during this very crucial time in history.

Rappler+ members will be able to join the private Q&A (Live chat) after the interview on January 31 (Monday), 7 pm Manila time. If you want to attend, join Rappler+ and gain access to other events like this.

Members get exclusive content and become part of a global community of people who believe in the power of independent journalism.