Facebook Twitter Copy URL
Copied
As a high-stakes election in the Philippines neared, members of Princeton Class of ‘86 encouraged the Princeton community to support the important work of their former classmate Ressa

Rappler+ is the membership program of Rappler that offers exclusive content and events to paying subscribers while helping Rappler sustain its journalism as an independent media company.

As a high-stakes election in the Philippines neared, members of Princeton Class of ‘86 encouraged the Princeton community to support the important work of their former classmate Ressa. 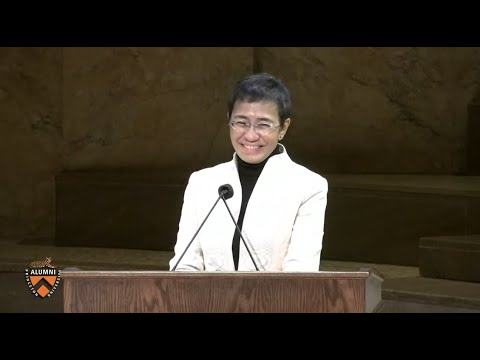 In their open letter, they stated that they were inspired by the speech of Ressa during the Princeton Woodrow Wilson Award ceremony. They said they “came away convinced that the attention on her work must be sustained – especially now, as her country heads into a very contentious presidential election on May 9.”

Former classmates Dr. Eric Fethke and Kiku Loomis, two of the four who started the campaign, knew Ressa from their university life where they shared a passion for journalism and the arts. Loomis added that they felt the need to support “the fight for freedom of speech and journalism and the critical role of a free, and independent press” in democracies around the world.

For Fethke, he learned about the global significance of the events in the Philippines through the work of Ressa and Rappler. He echoed the concerns of Ressa about journalistic freedom in the Philippines and how that affects other parts of the world like Russia, Ukraine, and the United States, especially given recent events. He said that “the targeted and intentional use of misinformation by those who value power over Democracy in the Philippines is only the beginning.”

“If press freedom can be undermined in the Philippines, others elsewhere may see this as a justification – a launching pad – to do the same at an even larger scale in their own countries,” added.

Many citizens from around the world, including Filipinos living abroad, have joined and supported Rappler’s brand of fearless journalism through the membership program. Rappler+ is a global community of people who believe in the power of independent journalism and the importance of defending the facts and safeguarding the truth in the age of massive disinformation.

Rappler readers and supporters can join Rappler+ or gift it to their loved ones. If you would like to join, register below:

To get it as a gift, sign up below:

Learn more about Rappler+ through our FAQ page.