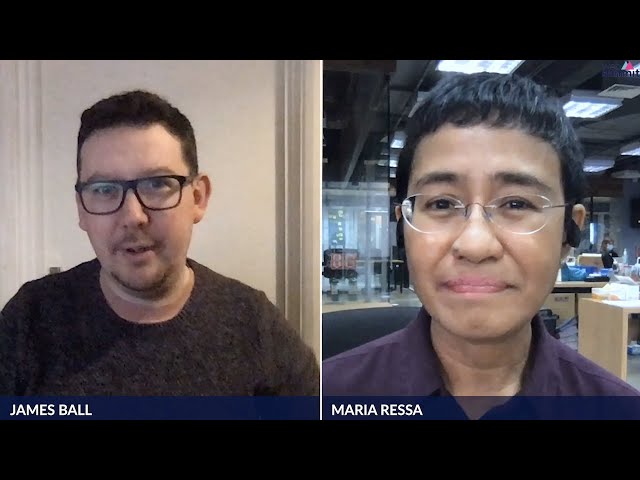 Facebook Twitter Copy URL
Copied
On December 2, 2020, Rappler CEO Maria Ressa says social media companies need to take responsibility for their impact on society. Ressa made the remarks at the Web Summit, the largest tech conference in the world with 100,000 attendees

On December 2, 2020, Rappler CEO Maria Ressa said that social media companies need to take responsibility for what’s published on their sites. Ressa made the remarks at the Web Summit, which was the largest tech conference in the world with some 100,00 attendees.

Ressa was convicted of cyber libel on June 15 for a 2012 story published on Rappler, the independent news outlet she heads in the Philippines.

The United Nations High Commissioner of Human Rights has said the trial was part of a “pattern of intimidation” against the press in the Philippines, and Ressa now faces a cumulative 100-year sentence on a total of 8 charges. Awaiting her appeal, Ressa said journalists continue to do their job, holding the powerful to account – now it’s time for tech companies to do theirs.

“I think, globally, all around the world, the journalists have done our jobs. We continue holding the line. We do our jobs. We’re on our mission. This is where we need tech to do far more.

“They’ve taken over the gatekeeping roles from journalists. They can’t just take the money – they cannot abdicate responsibility, because this is what happens globally, and the costs are severe,” said Ressa.

Ressa went on to say that social media companies understand the changes they need to make to their platforms, but suggested they may be reluctant to do so because it will involve an overhaul of their business models.

“I think they’ve known for a long time what to do, but the problem, of course, is that this means their business models… their design needs to be rethought. This means growth must be curbed,” said Ressa, who added that it’s too late for social media companies to hide behind excuses about their reluctance to infringe on their users’ freedom of expression.

“This whole thing of, ‘Well you don’t want us to be the arbiter of free speech’ – guess what. You already are. So you’re either going to be responsible or you’re not, and being responsible unfortunately will mean adding friction, adding guardrails, protecting the users,” said Ressa.

Ressa is a crusading editor and digital trailblazer in the Philippines, where she and Rappler are at the forefront of both investigative journalism and media innovation.

In the words of Inc. Magazine, “Web Summit is the largest technology conference in the world”. Forbes says Web Summit is “the best tech conference on the planet”, Bloomberg calls it “Davos for geeks”, Politico “the Olympics of tech”, and the Guardian “Glastonbury for geeks”.