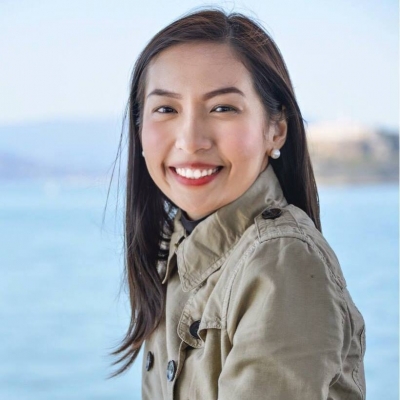 Camille Elemia is a multimedia reporter focusing on media, disinformation, and democracy.

Prior to this, she covered the Senate, the Office of the President, and politics for years.

Before joining Rappler, she worked as a TV news reporter for what is now CNN Philippines.

A fellow of the Konrad Adenauer Stiftung, she graduated with a master’s degree in journalism from the Ateneo de Manila University in 2016.

In 2017, she won the International Labour Organization (ILO) Global Media Competition on Labour Migration for her series on the plight of undocumented migrant workers in Southeast Asia.

In 2019, she was one of two Filipinos awarded the prestigious Fulbright – Hubert H. Humphrey Fellowship. She spent a year in the US, where she covered President Donald Trump’s immigration policies, the 2020 presidential campaign, and the Filipino community.

Her other interests include dogs, food, and travel.