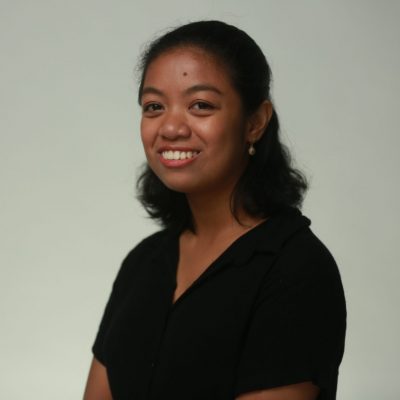 Loreben Tuquero is a researcher-writer for Rappler. Before transferring to Rappler’s Research team, she covered transportation, Quezon City, and the Department of the Interior and Local Government as a reporter.

She graduated with a communication degree at the Ateneo de Manila University, where she co-created Tambay, Takbo (The Loiterer’s Escape, accessible through tambaytakbo.com) for her undergraduate thesis. The interactive multimedia piece shows case studies during President Rodrigo Duterte’s crackdown on tambays.

For Tambay, Takbo, she and her thesis partner were awarded the Chit Estella Memorial Award during the 2019 Asian Journalism Research Conference for best special project.

The project also gained a citation during the 2019 Ateneo Socio-Civic Engagement for National Development Awards.

In 2018, Loreben also won the Raul Locsin Award for Student Journalism in the news category. In the same year, she had her first experience in the Rappler newsroom as a Newsbreak intern.

While she joined all 3 publications of the Loyola Schools (The GUIDON, Matanglawin, and Heights), she also played violin for the Blue Symphony Orchestra. She still dreams of playing on a world-class concert stage.