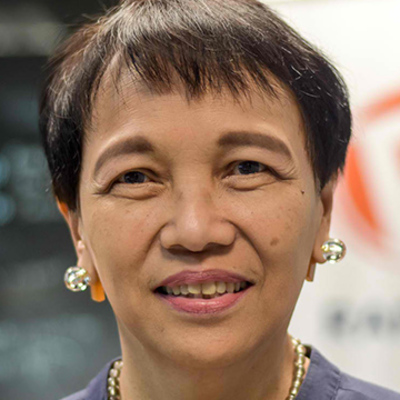 Marites is one of the Philippines’ most seasoned journalists. For close to a decade, Vitug—a Nieman fellow—edited Newsbreak magazine, a trailblazer in Philippine investigative journalism. Her recent book, “Shadow of Doubt: Probing the Supreme Court,” which exposed critical weaknesses in the country’s highest court, has become a bestseller.

She’s currently fighting 2 libel suits filed against her by a sitting justice of the Supreme Court, Presbitero Velasco Jr.

Marites has won a number of awards including the Philippine National Book Award in journalism for her pioneering book, “Power from the Forest: the Politics of Logging,” and “Under the Crescent Moon: Rebellion in Mindanao” with Glenda M. Gloria. She was given the Courage in Journalism Award by the US-based International Women’s Media Foundation for her exposes on the plunder of Palawan’s forests. She is also the author, with Criselda Yabes, of Jalan Jalan: A Journey through EAGA. Asiaweek chose the book as one of the best books on Asia in 1999.

She heads the Journalism for Nation Building Foundation, a spin off of Newsbreak. The Foundation will continue to do public interest journalism mainly through books and special reports.