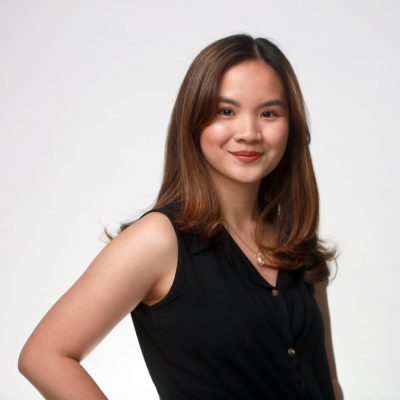 Friends of Michelle Abad would say that when she tells them stories of even the most mundane things, she never scrimps on details. Now she works as a researcher-writer for Newsbreak, the investigative and research arm of Rappler.

With no prior experience in journalism, she joined a radio broadcasting team for a high school division schools press conference because she was told she had a good voice. Soon enough, journalism became the love of her life – even transferring universities to pursue the career. She became editor-in-chief of The GUIDON, Ateneo de Manila University’s official student publication, and graduated with a degree in Communication and an honorable mention. In school, she was also awarded a Raul Locsin Award for Student Journalism for explanatory journalism.

Michelle first joined Rappler as an intern and is mentored by strong women. She dreams of seeing all women sufficiently empowered, adequately protected, and on equal footing with other genders.

When she’s not working, she may be found in a yoga or spin class. She won’t tell you she likes to sing, but will comply at request.