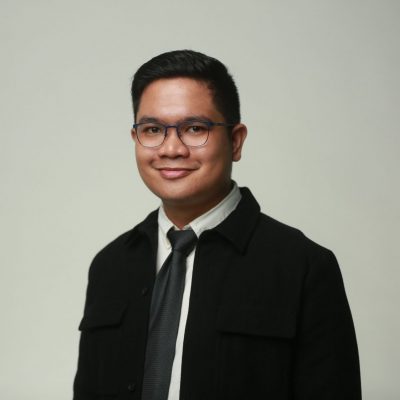 He started his journalism career in 2011 on television as news anchor and reporter for IBC 13 and PTV 4, covering politics and metro news.

He also worked as a news producer for GMA 7 for almost 5 years. He produced investigative reports and explainers for some of the network’s award-winning shows, like News to Go, Unang Hirit, and State of the Nation with Jessica Soho.

Ralf got into business reporting when he joined Bloomberg TV Philippines in 2017 as news producer, covering national politics, capital markets, and technology.

He has a degree in sociology from the University of the Philippines Los Baños. Ralf also has a paralegal certificate from UP Diliman, and a certificate in mergers and acquisitions from the Ateneo de Manila Graduate School of Business. He was a fellow of the United States-based National Press Foundation and Hinrich Foundation on international trade.