MANILA, Philippines – Gabay Guro chairperson Chaye Cabal-Revilla recalls the story of a young girl who had to stop schooling because her family was strapped for money. Her sick dad was in dire need of an operation, and the only option she had was to earn money dancing in seedy clubs.

But in a turn of events, she got a scholarship from Gabay Guro. She used the allowance she got from the program to take care of her dad and used education as a tool to improve her family’s life.

This is just one of Chaye’s fondest anecdotes as the chairperson of Gabay Guro, PLDT-Smart Foundation’s flagship advocacy project and education arm. Gabay Guro aims to hone the skills and improve the welfare of Filipino teachers nationwide to help in nation building.

Last September 3, Gabay Guro held a press conference for the celebration of its 12th anniversary. On September 22, the group is holding Teacher’s Fest, an annual Grand Gathering for thousands of teachers from all over the country.

Aside from its annual tribute, Gabay Guro’s pillars include housing and educational facilities, scholarships, trainings, livelihood programs, and broadband connections and computers.

Under their latest core pillar, Innovation, Gabay Guro will also be launching an app. The Gabay Guro app will contain a curation of DepEd- and CHED-approved teaching materials and lesson plans. Teachers can create an online community in-app, with which they can share best practices. The beta version is set to launch on Google Play and App Store this September 22.

Gabay Guro started in 2007, born out of the brain drain problem. Because of less than ideal working situations, teachers were opting to work as overseas Filipino workers. The teacher to student ratio was 9:1.

The volunteer-powered group partnered with DepEd to equip teachers with financial, educational, and moral support. Teachers are also taught soft skills, with programs such as personality development, leadership training, and financial literacy.

In its 12 years thus far, Gabay Guro has held training programs for over 60,000 teachers, built 47 classrooms, and provided over 1,770 scholarship grants.

“Gabay Guro is not just a program, it’s a movement. Nakakahawa ang kabaitan (Kindness is infectious). If you’re able to influence others in a good way, there’s a ripple effect. Andaming buhay na nagbabago (A lot of lives will change),” says Chaye. – Rappler.com 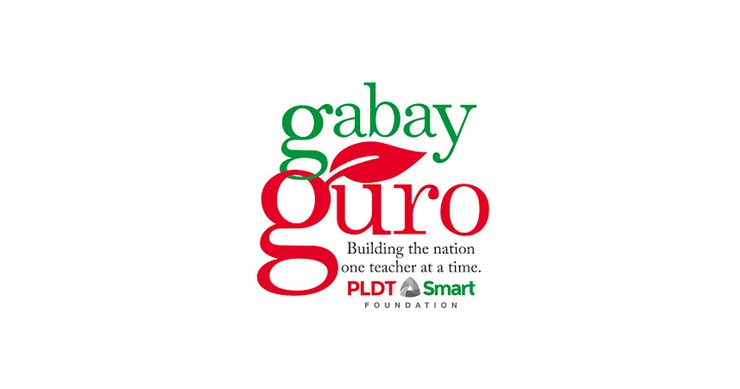 Gabay Guro is an education arm of the PLDT-Smart Foundation that provides sustainable programs for teachers anchored on its key pillars: broadbanding and computerization, livelihood, housing and educational facilities, teacher’s tribute, training,  scholarships, and innovation.