Electoral and political reforms: Must move for inclusiveness, impartiality and transparency in elections 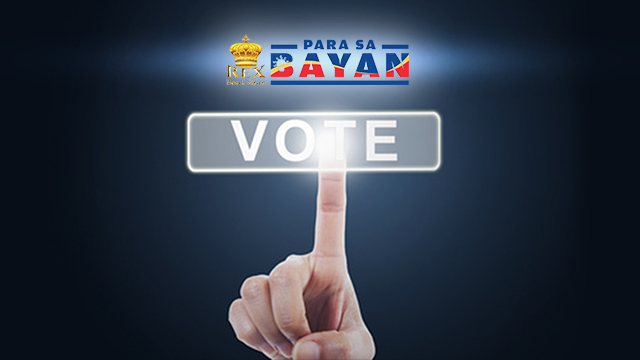 (UPDATED) – Electoral and political reforms are buzz words in democracy. They signify change for the better. They herald good governance for all.

Political reform means changes in the political environment within which an electoral management body operates. It also means modification of the organization and operations of the governmental organs of the State to make them people-sensitive, people-friendly and people-accountable.

The years 2006 to 2016 witnessed a flurry of electoral reforms that were introduced by the combined efforts of the executive, legislative, and judicial departments of government and by the Commission on Elections (COMELEC) partnering itself with non-governmental or civil society organizations. These were the implementation of the automated election reforms, the carrying-out of the biometric system of registration, the creation of the Campaign Finance Office in the Commission on Elections, the introduction of Media Voting in addition to Overseas Absentee Voting and Local Absentee Voting, the setting in motion of voting for the marginalized and vulnerable through detainee voting and indigenous peoples’ voting and putting into effect registration in the malls or persons with disabilities (recognized globally as good election practice and first practiced in the Philippines). COMELEC, acknowledging that it could not do all to undertake electoral reforms, engaged non-governmental and civil society organizations in the areas of voters education, information campaign, enhancement of information technology skills, registration of the marginalized and vulnerable sectors, peace drive, bill drafting on accessible polling stations, transparent budgeting process, etc. To operationalize this COMELEC-NGO/CSO partnership, inter-agencies and NGO/CSO networks were created and regular meetings held. Improved relations with various electoral management bodies around the globe were also cultivated to allow exchange of materials and best election practices.

Much more needs to be done

Much more, however, remains to be done in order to make the electoral process impartial, independent, transparent, inclusive and efficient. The first in the reform plate is to review and restructure the administrative set-up of the COMELEC and enhance staff skills and abilities to match the challenges of automation and technology. It is time for COMELEC to further strengthen its IT department by increasing its size and by improving the quality of its personnel. Second, establish a voters academy, like Thailand’s Political and Electoral Development Institute, to train personnel of COMELEC and other government agencies, election stakeholders and interested parties on election laws and resolutions, election best practices, democratic values and successful experiences of elections management bodies from other countries. Third, enactment of an Early Voting Law in hotspots or areas of immediate concern in the Philippines to enable government to focus its resources and attention in these places. India and the U.S.A. are two (2) democracies that allow early voting. Fourth, establish and intensify connection and collaboration with international organizations and election management bodies from new and long established democracies for the purpose of exchange information on best practices in election administration, automated election and electoral system designs. Fifth, promptness in the resolution of election contests and non-judicialization of electoral disputes so that the winners will have time to serve. And sixth, adoption of the Braille system for the visually impaired voters and other assistive devices for persons with disabilities.

Political reform, though desirable, will need extra effort and time for its realization. This will mean undertaking changes, by amendment or revision, in the 1987 Constitution. For one, there is the need for the creation of another body to solely adjudicate election cases and leave to the COMELEC the supervision and management of elections. This will relieve the COMELEC of its time-consuming quasi-judicial function. Mexico is a good example of a country with two (2) separate electoral bodies: the Electoral Tribunal of the Federal Judiciary and the Federal Electoral Institute.

Changing the process of appointing members of the COMELEC

Changing the process of appointing members of the COMELEC may also be looked into. Instead of leaving the appointment solely to the President of the Philippines, recruitment and selection may be from closed nominations or from open advertisement that may include some form of public or private test of merit and integrity and may be from a pool of nominees or only the exact number of nominees required.

In Namibia and South Africa, members of the electoral management bodies are recruited through open advertisement and interested parties may apply directly to be considered for appointment. In South Africa, they may also be nominated by the public. Applications are received and screened (through public interviews) by an independent body (a judicial selection committee in Namibia and a committee of the legislature in South Africa). The name of the shortlisted candidates are submitted to the head of state for final appointment. In Botswana, all applications are examined by the electoral by the election management body secretariat and are forwarded to an all-party conference which nominates 15 candidates to the Judicial Service Commission. The latter appoints five (5) members from the all-party conference nominees, in addition to the Electoral Management Body Chair (who must be a judge of the Supreme Court) and his or her deputy (who must be a legal professional).

In the 1935 Constitution, the voting age was 21 years of age or more. In the 1973 Constitution, it was lowered to 18 years of age or over. Considering the advances in information and education and the advent of social media where today’s millennials are the beneficiaries and players, it may be high time to lower the voting age to 16 or over. This will broaden the base of electoral democracy and make elections more inclusive and participative. Philippines will join Argentina, Austria, Brazil, Cuba, Ecuador, Nicaragua, Bosnia, Serbia and Montenegro, Indonesia, Timor Leste and several states of Germany where the 16-year-olds can vote. Evidence from Austria shows that extending voting rights to those after they turn 16 promotes higher turnout for first-time voters and also shows that 16- and 17-year-olds are ready to contribute to sound decision-making and quality participation in democracy.

Electoral and political reforms are refreshing changes in a democratic society and its adoption will boost the people’s choice of responsible, competent and transformative elective public officers. 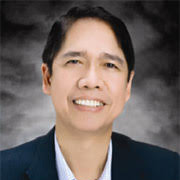 About the Author: Commissioner Sarmiento’s long line of public sector work experience includes membership in the Select Committee to Screen Judges and Justices of the Court of Appeals, being among the Commissioners in the 1986 Constitutional Commission which drafted the 1987 Constitution, a consultant to the Presidential Committee on Human Rights, Vice-Chairman of the Government of the Republic of the Philippines Panel for Talks with the CPP, NPA and NDF, and Undersecretary and subsequently, OIC-Secretary of the Office of the Presidential Adviser on the Peace Process.

For further reading, please see author’s book,  Automated Elections, Civil Society and Democracy (2011). Other suggested titles are The Law on Public Officers and Election Law by Hector de Leon (2014); An Overview of the Philippine Electoral System by Quilala (2013); Laws to Go (A Quick Look on Philippine Election Laws by Nolasco (2010).

Disclaimer: The views and opinions expressed in this article are those of the author and do not necessarily represent those of Rex Book Store, Inc., its management and its employees.