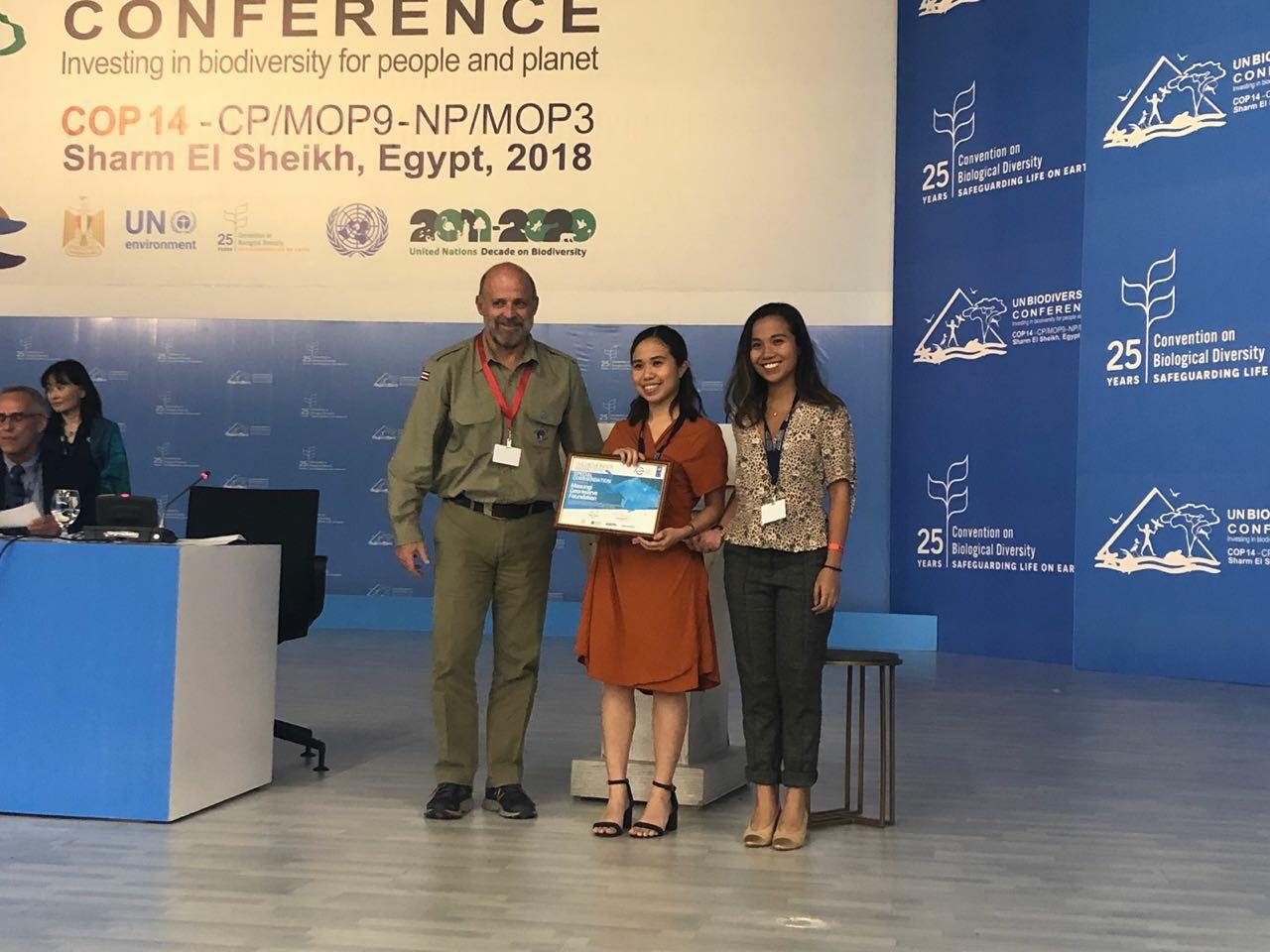 [The following is a press release from Masungi Georeserve.]

MANILA, Philippines – Masungi Georeserve was recently honored as a global model for conservation innovation and excellence at the inaugural Pathfinder Awards presented by the United Nations Development Programme (UNDP), the International Union for Conservation of Nature (IUCN), the World Commission on Protected Areas (WCPA) and WildArk.

The awarding ceremony was held during the plenary session of the 14th Conference of Parties of the UN Convention on Biological Diversity in Sharm-el-Sheikh, Egypt on 17 November 2018.

A high-level international jury awarded Masungi Georeserve the 2018 Pathfinder Award Special Commendation for its “outstanding and innovative” approach to conservation financing and resourcing.

The local conservation project protects a geological heritage comprising the Masungi karst landscape and its rich biodiversity in Baras, Rizal.

A high-level international jury composed of experts on protected area financing and resourcing determined the winners for the 2018 Pathfinder Award from over 200 nominations from around the world.

With up to five winning slots, they chose only four projects and organizations to receive the awards.

The jury included Inger Andersen, the Director General of the IUCN; Yasmine Fouad,  Minister of Egypt; Mark Hutchinson, the Founder of WildArk; Kathy MacKinnon, the Chair of the IUCN World Commission on Protected Areas; Cristiana Paşca Palmer the Executive Secretary of the Convention on Biological Diversity; Carlos Manuel Rodriguez, Minister of Costa Rica; and Achim Steiner, Administrator of UNDP.

The Pathfinder Award recognizes outstanding and innovative solutions for protected and conserved areas, developed and implemented by individuals, organizations, or groups.

Through this model, the georeserve is able to complement the work of government and local communities in taking care of the country’s threatened ecosystems.

In particular, the jury noted Masungi’s practices that balance the attractiveness of the park to visitors with low pressure on the environment.

In a joint statement, the UNDP, IUCN, WPA and WildArk note, “The nomination by Masungi Georeserve Foundation describes an innovative approach to ecotourism, based on the pillars of conservation, education/research and sustainable development, and using “mindful engineering” through tourism infrastructure that mimics nature, e.g. spider webs.”

They stressed how the georeserve can be replicated by other protected and conserved areas around the globe when it comes to creating long-term and sustainable value for environmentally-sensitive areas. “You cannot tell how impressed I was with [Masungi Georeserve’s] work. [They] must continue what they are doing,” said Costa Rica’s environment and energy minister and Pathfinder jury member Carlos Manuel Rodriguez.

Since opening trail experiences to limited visitors to finance its conservation mission, Masungi Georeserve has been generating domestic and international acclaim for its spider webs, hammocks, viewing decks, bridges and rope courses floating above a tropical rainforest canopy.

The light, non-invasive structures of local themes and materials, many of them mimicking indigenous flora and fauna, were introduced so that points of significance may be accessible to park rangers, researchers, volunteers, and guests without harming the existing environment and disrupting the biodiversity of a once-abused karst terrain. From treetops, they can appreciate and participate in the georeserve’s story of rebirth.

It is home to a sprawling limestone formation dating back 60 million years, that was the subject of rampant environmental degradation and real estate speculation. After twenty years of daunting dedicated conservation work, it is coming back to life and is now a sanctuary for more than 400 species of flora and fauna, many of which are endemic to the Philippines and Luzon.

The project’s latest mission is to restore and conserve in perpetuity some 3,000 hectares of denuded mountains around the georeserve through the Masungi Geopark Project. These mountains remain in constant threat of quarrying, illegal logging, kaingin, treasure-hunting, and land speculation despite previous efforts to conserve them.

“This singular honor from the UN and IUCN will boost the spirit of our team on the ground, and those in government, private sector and civil society who tirelessly toil for the environment and even risk their lives protecting it, and inspire others to follow in their footsteps and join our movement,” Ann Adeline Dumaliang, trustee and project manager of Masungi Georeserve said.

This year’s award is organised in cooperation with the UNDP-Biodiversity Finance Initiative (BIOFIN) and the PANORAMA – Solutions for a Healthy Planet initiative, which IUCN co-leads. – Rappler.com