Yes, the Lenovo Legion 5i is a gaming and streaming laptop you’d want to flaunt Editor’s note: This content is sponsored by Lenovo Legion and was produced by BrandRap, the sales and marketing arm of Rappler. No member of the news and editorial team participated in the production of this piece.

Not too long ago, there was a huge hype for over-the-top looking gaming devices decked out with ribs and ridges, neon lights, and all things that screamed “Hey! I’m a gamer”.

Truth be told, I wasn’t into that trend. And apparently, many others preferred something that offered more elegance on the outside while packing lots of power within. So when I stumbled upon the Lenovo Legion 5i, I was awestruck. I didn’t think laptop makers would dare consider a more minimalist design for a gaming device, yet here we are.

Legion is Lenovo’s line of products geared toward people who take games and content creation more seriously. Every tiny aspect is built with a gamer’s needs in mind, and it really shows. From the robust cooling system, the high refresh rate display, down to its port placements – this laptop was meant for more competitive plays. And yes, RGB fans, there’s still some multi-colored lights hidden underneath the keyboard.

The Lenovo Legion 5i has been a dream to work and play on, and for the price point, you can’t really say they made any compromises here.

Despite having a plastic chassis, the Lenovo Legion 5i actually looks elegant and expensive, and feels very sturdy. The plastic itself is tough and doesn’t have a lot of give when pressed down. The iridescent finish on the Legion logo at the back of the display is also a nice touch.

What I personally love about this laptop’s build is how the main ports are placed at the back (with a few extras on the sides). If you’re like most gamers, then you would agree when I say that devices with ports at the back are godsent. You wouldn’t want to be in clutch situations and all of a sudden get your mouse stuck in a bunch of wires by the port. You also lose a lot of desk space when you have ports on the side, which could be used for your microphone or stream deck instead.

The keyboard is also very tactile thanks to the Legion TrueStrike keyboard. The keys are slightly concave and the switches underneath give each press a soft landing. There’s also a condensed numpad on the right – which I use a lot, not so much in gaming but whenever I write or edit videos.

And yes, the keyboard is RGB backlit, with colors fully customizable using the Lenovo Vantage app that comes preinstalled in the laptop.

People have different preferences when it comes to screens. Some would prefer a glassy display, while others (myself included) prefer something less reflective. And the Lenovo Legion 5i’s 15.6 full HD IPS display has an anti-glare coating that does the job for me. It almost looks matted, which really helps diffuse reflections from your back as you’re gaming or typing.

What takes the cake for me is its 165Hz refresh rate which makes games look buttery smooth! I came from a 65Hz screen prior to this one, and the difference is staggering. It’s almost as if you have sharingan (a Naruto reference which essentially means it’s as if you can see what your enemy’s next move will be).

But a screen with a broad color profile and sharp details is just part of making a gaming experience immersive. The other part has to do with having enough power to run them.

The Lenovo Legion 5i may not look like it, but it’s really a beast when it comes to performance. It uses a powerful 45W 11th-generation Intel® Core i5 processor. Play and stream the latest AAA titles at peak performance on the Legion 5i with up to 5.1GHz clock speeds, 8 cores, 16 MB of Intel®Smart Cache, Intel®Thermal Velocity Boost, Intel®Dynamic Tuning, and Intel®Wi-Fi 6. The device we reviewed  is supplemented by NVIDIA® GeForce® RTXTM 3050 GPU and 16GB of DDR4 memory. It’s also made even faster with its 512GB Gen 4 SSD drive, which surprisingly is very difficult to fill up if you’re a casual gamer.

Games look amazing in ultra detail, and it really helps you appreciate all the hard work designers put into creating virtual worlds.

Its battery also lasts long, but it’s always recommended to keep the device plugged in when you’re gaming. If you’re worried about maintaining your battery’s health, the Lenovo Vantage app allows you to turn on a “Conservation” mode, which stops the laptop from charging once it reaches 55 to 66% of its capacity, lengthening its lifespan.

Yes, there are tons of Lenovo Legion fans in the world, but I’m talking about actual cooling fans here. When gaming devices begin to throttle its performance, you’ll need great thermal control to keep the device running. And Lenovo has done a great job at this.

The Lenovo Legion 5i uses an advanced Coldfront 3.0 system. It houses a dual-channel thermal mechanism with liquid crystal polymer-coated fans and copper pipes, which blasts the heat through vents found at the back, on the sides, and underneath the device. I’ve put this device through the ringer, and although the fans do get loud at some point, the device itself never feels toasty.

While we want our gaming systems always performing at peak capacity, we have to be prepared for times when they’re not. It’s in this that the Lenovo Legion 5i stands out. It’s the first device in the Philippines that comes with the three-year Legion Ultimate Support (LUS) warranty.

LUS provides advanced support for Legion’s newer models. It carries the same Premium Care warranty coverage, local onsite repair, and international carry-in warranty, but also comes with a bonus: you get to talk to highly-trained and experienced technicians who are also gamers. With this, you can ask application-specific questions, queries related to your in-game settings, or any game-related concerns. If you’re a newbie gamer, this one’s for you. You can learn more about LUS here: https://www.lenovo.com/ph/en/legion-support.

All in all, there’s very little to complain about the Lenovo Legion 5i. It has more than enough power to run games. And streaming at the same time is no sweat for the device at all. Since the laptop itself looks classy and refined, it wouldn’t be out of place when you’re working in an office.

The only downfall here is that whenever I’m working, I’m constantly tempted to open a game in the middle of the workday because I know I can easily switch in and out of a game if I need to work or step into a meeting. Sorry, boss.

If you’re considering purchasing this laptop, buyers can avail of up to P11,000 worth of free shopping vouchers and Lenovo accessories from the ongoing holiday sale. Check it out through the Lenovo Holiday Shopping Spree Promo at https://lenovophpromos.com/holiday-sale.php. The Legion 5i starts at P79,995. For more information, visit legion.lenovo.com. – Rappler.com 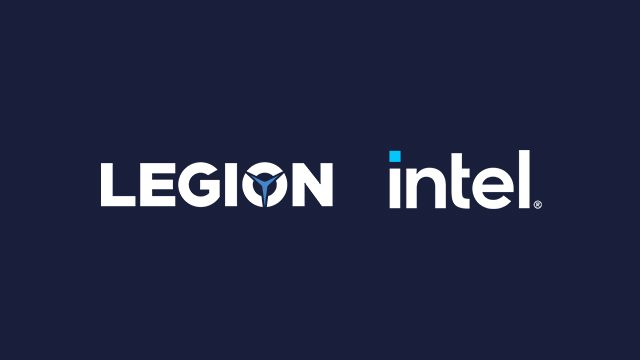 @lenovolegionPH
Lenovo (HKSE: 992) (ADR: LNVGY) is a US$60 billion revenue Fortune Global 500 company serving customers in 180 markets around the world. Focused on a bold vision to deliver smarter technology for all, we are developing world-changing technologies that power (through devices and infrastructure) and empower (through solutions, services and software) millions of customers every day and together create a more inclusive, trustworthy and sustainable digital society for everyone, everywhere.
More about Lenovo Legion