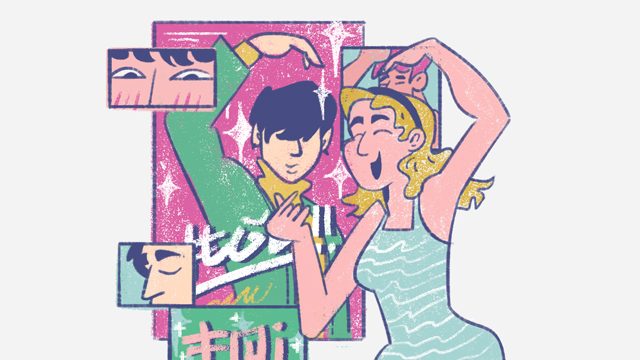 [Editor’s note: Detours from home is a Rappler column where readers can share about the new things they have been doing while in quarantine. In this essay, a formerly discreet KPop stan talks about learning how to proudly embrace her love for all things Korean. You, too, can share your own Detours from home story.]

In the year 2010, my best friend had already been deeply interested in Korean Pop music. Honestly, it seemed weird to me back then. Since the Korean music industry was still establishing its footing across Asia, nobody could entirely grasp its characteristics or purpose. In school, being outed as a KPop fan was the fastest way to either lose or gain friends as non-KPop fans banded together against those they were able to identify as ‘Koreaboos.’

Of course, none of us imagined today – a future where KPop is so widespread that it has gained the ability to plunge us all face-first into the Hallyu wave we are still submerged in right now. And so, despite my decade-long refusal and childhood disdain, I eventually acquiesced to the wave. To the horror of my 12-year-old self, I am now a KPop fan.

My introduction to the ocean of KPop began when a friend introduced me to a Chinese drama where one of the leads is a member of a CPop-KPop group. After watching a few compilation videos of him with his members, I became a casual fan. But what non-KPop fans don’t know is that the industry is so intertwined that it is impossible to not discover other groups or new idols. One of the other members eventually debuted with another group and watching his new videos introduced me to 10 other idols who were from different agencies and were in turn connected to even more idols. Before I knew it, I had already mastered multi-tasking by crying over 10 boys daily.

My introduction to KPop progressed quickly after that. I attribute half of the reason to this quarantine period. Because I am forced to stay at home without outside forces bothering me, it is easy to become immersed in the lives, music, and content provided by these idols.

I then started to realize several things about KPop fans. First, we’re not just fans of music. A lot of idols nowadays branch out into different fields. Because we pledged to support all their endeavors, we become consumers of other forms of content. During this quarantine period, I became addicted to various Korean variety shows such as King of Masked Singer and Knowing Brothers, which are broadcasted on Korean TV, and Going Seventeen, which is an example of a variety show produced by a company specifically for its artists. I also became a huge fan of Korean radio shows to the point that my daily calendar now includes my favorite idols’ schedules on Idol Radio and Naver Now’s shows.

Second, fans can discover new skills through KPop. Just a few months after the quarantine began, I am now proficient in apps I’ve never even heard of before – surprisingly, I could navigate Korean apps like DaumCafe and Naver without changing the language settings. I also learned how to interpret body language. Since I don’t actually understand Korean, my idols’ lives were unintelligible to me were it not for the fact that body language is universal… and the English translations provided by other fans on Twitter.

Third, KPop fans do a lot of hard work. Since there’s streaming, updating, providing content, hyping, and voting, KPop fans dedicate hours to this life. Just yesterday I created 5 accounts on Starplay (which is only half the number of accounts I could’ve made) in an effort to get one of my groups their first win for their current comeback. (They did win! I’m sure those extra accounts helped.)

But above all these, fans can gain a unique ability through KPop – we can learn how to dream. Before KPop, being stuck at home would’ve led me to a downward spiral because I would’ve felt too hopeless to do anything. But watching my idols’ difficult journey from training to debut has inspired me to start thinking that this period might just be a bump in the road for all of us.

I started to think, What do I want to accomplish in my life? Most Korean idols are vocal about their desire to win music shows, hold concerts, or provide happiness to other people. Because they are the people I now spend most of my time with, their drive has awakened mine. Though I may be stuck at home because of our current situation, I believe that – once we can all get out of our homes – I can make my dream happen. My KPop idols have shown me the way. – Rappler.com

Raven Lingat is a graduate of Comparative Literature currently working in the film industry. KPop is the newest item on a long list of interests that includes American sitcoms, postmodern fiction, and vegan cooking channels. She currently lives in her childhood home in Pampanga, waiting for her albums and merch to arrive from Korea.

Raven Lingat is currently part of the BrandRap content team, where she leads the GoodRap series. You can also find her writing about K-pop and films.
More from Raven Lingat