MANILA, Philippines – At least 90 people were killed by natural calamities in September.

The bunkhouse chapel that a mining community ran to for refuge during the onslaught of Typhoon Ompong (international name Mangkhut) was squashed and buried after a massive landslide hit Barangay Ucab in Itogon, Benguet. Five days after, another landslide hit  Barangays Tina-an and Naalad in Naga City, Cebu, burying about 30 homes.

The days leading to Typhoon Ompong’s landfall were warm and sunny. While some people took it as a sign that it probably wasn’t as strong as it was made out to be, experts feared it all the more – warmer waters mean stronger typhoons.

The local government of Itogon and even presidential adviser and designated “conduit” for Ompong disaster response Francis Tolentino were quick to point a finger on small-scale mining.

(READ: Twin tragedies: How Itogon and Naga landslides are alike)

While mining indeed poses serious threats to our lands, it had also been raining in Benguet for months, thoroughly soaking the province’s soil. Typhoon Ompong, packed with winds of 200km/h and gusts reaching up to 330km/h, was the final blow to Itogon while habagat rains took a toll in Naga City.

Scientists around the world have been studying the impact of climate change on typhoons and storms. Researchers from the University of North Carolina found that the typhoons in China, Japan, Korea, and the Philippines are now 50% stronger than how it was 40 years ago as a result of global warming.

“We believe the results are very important for east Asian countries because of the huge populations in these areas. People should be aware of the increase in typhoon intensity because when they make landfall these can cause much more damage,” said Prof. Wei Ming, one of the researchers, in a report by The Guardian. Researchers from Stony Brook University also studied the potential impact of climate change on Hurricane Florence before it devastated the US at the same time Asia was suffering from Typhoon Mangkhut. They found that “the rainfall will be significantly increased by over 50% in the heaviest precipitating parts of the storm.”

For a country that’s hit by an average of 20 typhoons – 5 of which expected to be destructive – every year, this is bad news.

The Philippines is right up there with India and Pakistan in the list of the countries most vulnerable to climate change according to an HSBC Global Research report.

However, killer typhoons are not the only problem. Climate change is also exacerbating global warming. Rising temperatures may result to heat waves and droughts. This means we are at risk of experiencing extremely hot weather that can cause dehydration, heat stroke, and even death. Droughts also pose risk on food and water supply.

All eyes on coal

Climate change is mainly caused by greenhouse gases trapped in the atmosphere. These greenhouse gases come from emissions such as from the burning of coal to produce energy. All this so we could have electricity to power our homes, schools, offices, businesses. Like many countries in the world, the Philippines is still largely dependent on coal. In 2017, 49% of our energy was sourced from it, according to the Department of Energy’s (DOE) power statistics.

Coal may seem like a cheaper energy option but, in fact, we’re spending more than $1 billion to import an average of 21 million tons of coal per year.

Coal is not only costing us a lot of money, it could be costing us our people’s health, too. According to the National Institutes of Health, residents living near coal power plants are more prone to heart and lung diseases because they’re being exposed to hazardous air pollutants.

Even in the face of all this, DOE expects our coal use to expand to 55% by 2027. The agency is even planning to build 25 new coal plants in the next 10 years, as if we hadn’t heard the call of the United Nations Environment Programme (UNEP) to “speed up” on climate change.

Calls to ditch plastic straws are now loud and clear even to the biggest of corporations. But the call to shift to renewable energy should be louder.

If we missed the opportunity during years 1979-1989 to solve the climate crisis, this current decade could be the one when we finally would do it.

Shifting to renewables will not only help us save billions of pesos, it will also help wean us from our dependency on coal. Lower coal consumption means lesser harmful greenhouse emissions. 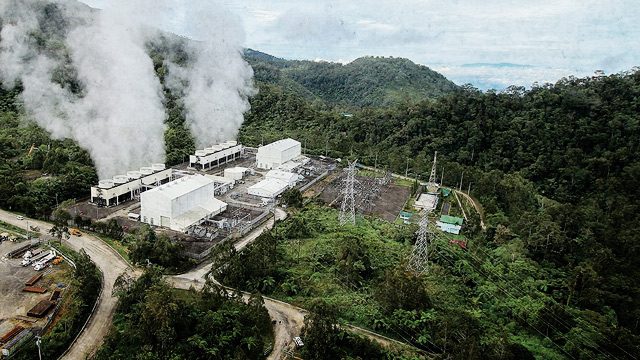 Fortunately for the Philippines, we are located in the Pacific Ring of Fire, making us a country rich in geothermal resource, one of our renewable energy options.

Since geothermal energy comes from the heat beneath the Earth, our geographic position, close to 75% of all active volcanoes,  makes us an ideal location.

Demanding for a safer PH

Despite tragedies such as Typhoon Ondoy, Yolanda, and Ompong, the Itogon and Naga landslides that resulted in many lives lost, DOE is looking at lowering our renewable energy use from 24.6% in 2017 to 16% by 2027, making the PH more dependent on coal.

But refusing to look at this reality won’t make climate change go away. It won’t bring innocent lives back – it would only be taking more.

Unless we start demanding for a safer and more sustainable nation, every life we lose to climate change will always be on us. – Rappler.com

Watch this video to learn more about Energy Development Corporation: 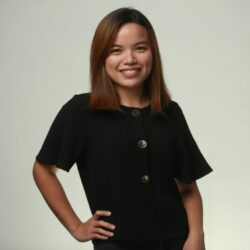