How persistence got Metrobank its own banking license 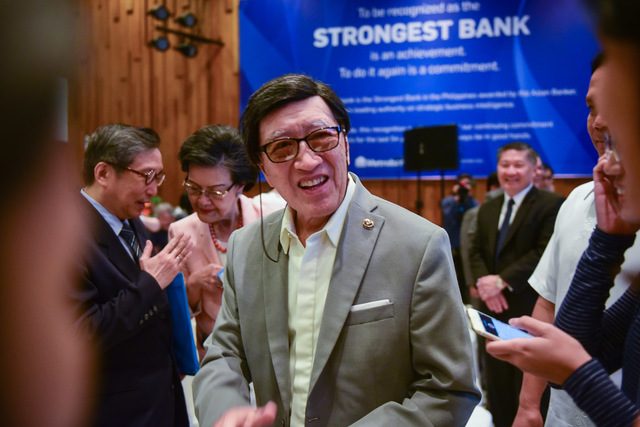 MANILA, Philippines — Self-made entrepreneurs start out with just one idea as their capital. And 29-year-old George Ty’s was of a bank that could help aspiring entrepreneurs like him.

His father and family patriarch Norberto Ty then founded Wellington Flour Mills in the 1950s in hopes of giving the family a better life. Getting the necessary funds was a struggle, however. They had no credentials, which made banks hesitant to give them a loan.

This inspired George to start his own bank.

He was always in the office of then Central Bank Governor Andres Castillo, patiently waiting to meet with him. After several years, he was finally able to get an appointment.

George knew nothing about banking, and would hear doubts from people around him.

But George is nothing if not, as his son Arthur calls him, a persistent visionary. “He has a very clear idea of where he wants to bring the business, sometimes to the extent that nobody else sees that vision. But he does.” “The fact that Metrobank has grown to be an institution of its size means it’s also responsible for serving millions of customers in the Philippines. That in itself is a very heavy responsibility to carry,” says Alfred.

As the business grew, George wanted to find a way to give back to society. In 1979, he set up Metrobank Foundation, a non-profit organization focusing on education, visual arts, and health.

George calls banking a business of trust. This is best illustrated, perhaps, with an anecdote from Arthur.

“I was about 12 or 13. We were riding in the car, just him and me. Out of nowhere he turns to me and says, ‘People think I have a lot of money, but that’s not mine. That’s the money of people who have trusted me to take care of their assets. I have a responsibility to these people, as well as those who work for me and the families they support.’ This is a lesson that has stuck with me all through my career.”

Ty passed away on November 23, 2018, after several months of battling pancreatic cancer.- Rappler.com

George Ty was named the inaugural recipient of the Lifetime Achievement Award at the 2018 MVP Bossing Awards.