Jul 24, 2019 5:19 PM PHT
Rappler.com
Facebook Twitter Copy URL
Copied
The plan is for power outages to become a thing of the past, even in remote areas

[Editor’s note: Solar Para Sa Bayan aims to provide better access to electricity – at a lower cost – to all Filipinos by 2022. Below is the press release from Solar.] 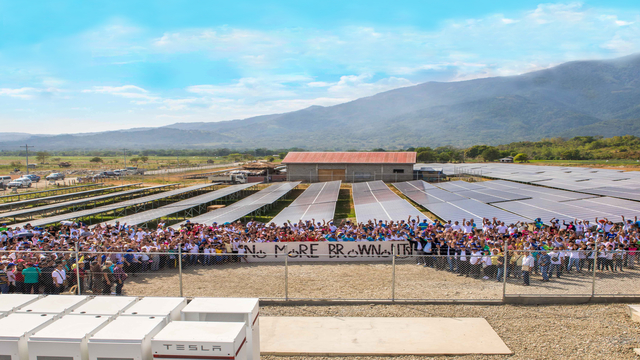 Paluan Mayor Carl Pangilinan attested to the project’s benefits. “Throughout our history, our town was denied service by the electric coop because of lack of supply in the whole Occidental Mindoro. Everything changed when Paluan sought Solar Para Sa Bayan to provide stable, cheap, clean energy. Our municipality now enjoys 24/7 electricity, which has opened new opportunities for Palueños.” 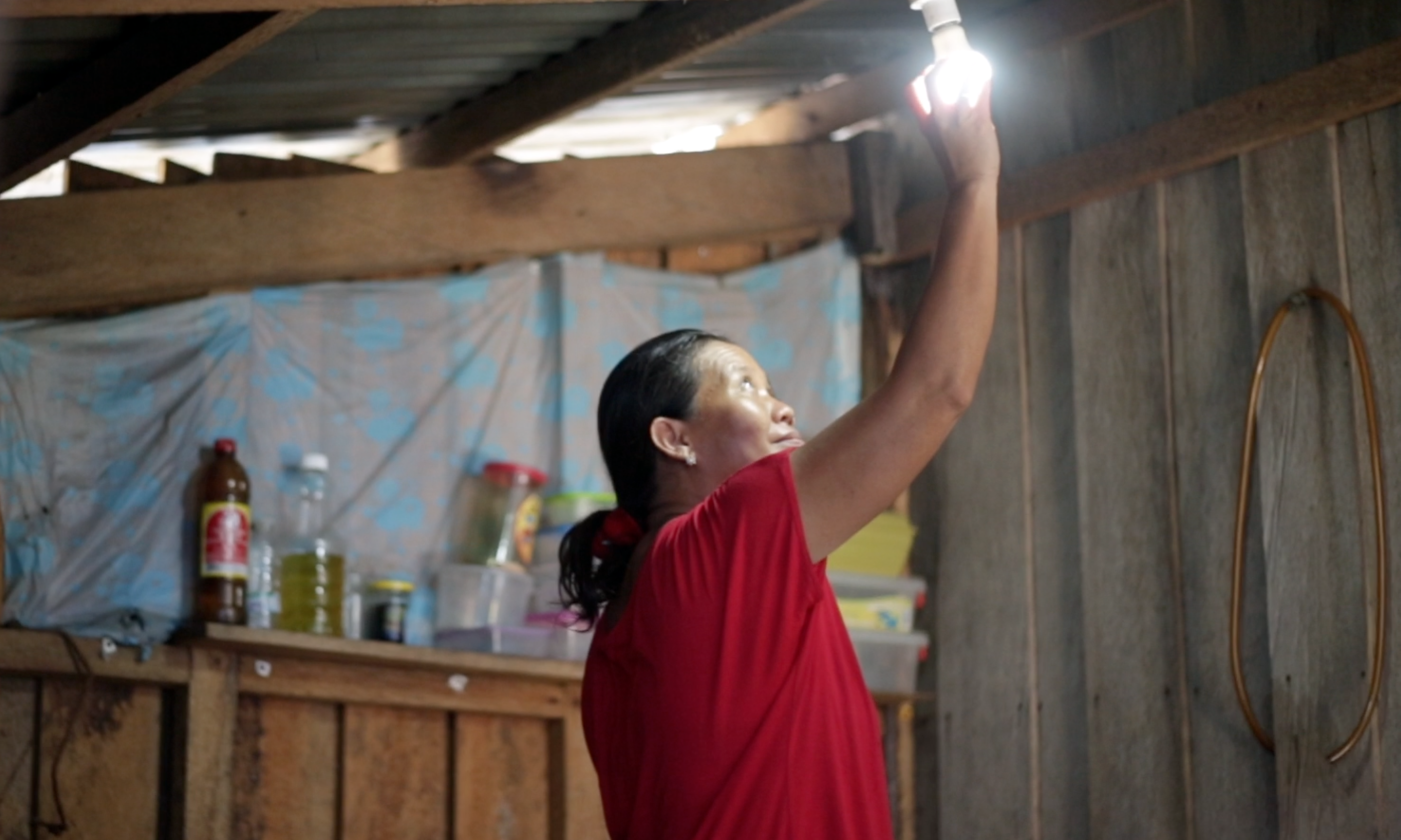 SPSB is now serving 24/7 power in over 12 towns, benefiting over 200,000 Filipinos. It has developed projects in 18 provinces and aims to support the Department of Energy’s (DOE) goal for the Philippines to achieve 100% electrification by 2022.

According to the DOE, an estimated 12 million Filipinos lack access to electricity. This is despite the fact the Electric Power Industry Reform Act (EPIRA) became law in 2001, with its primary objective “to ensure and accelerate the total electrification of the country.”

The National Electrification Administration says it still needs 25 billion pesos to reach the country’s unenergized sitios. The National Power Corporation spends over 20 billion pesos per year serving missionary areas, mostly for less than 24 hours a day given the difficulties of serving off-grid areas.

For years, billions in government subsidies yielded inadequate results. But thanks to advances in technology and SPSB’s initiative, consumers in underserved areas can finally access cheaper, better service at zero cost to government.

Necessity for a microgrid franchise

Despite all this, Occidental Mindoro Electric Cooperative (OMECO) has insisted that SPSB cease its operations because Paluan is part of OMECO’s franchise. In a statement, the Philippine Rural Electric Cooperatives Association said that its members would defend their “electricity franchise privileges” and “cannot be expected to peacefully yield their jobs anytime soon to the private sector.”

In this light, SPSB applied for its own franchise. House Bill 8179 grants SPSB the non-exclusive right to operate microgrids in “remote and unviable, or unserved or underserved areas in selected provinces of the Philippines.” Unlike the existing Qualified Third Party (QTP) program, which has energized just 3 barangays in 18 years and is highly subsidized, this franchise enables projects without needing the consent of the existing utility; covers underserved municipalities, not just unserved barangays; reduces permitting requirements; and creates an effective alternative, while respecting the rights of existing utilities and paving the way for others to offer better service to consumers.

House Bill 8179’s final version limits the scope to “remote and unviable, unserved, or underserved areas,” in selected provinces with less than 2% of the power demand of the Philippines; requires use of renewable energy; subjects the grantee to regulation by the Energy Regulatory Commission (ERC) and DOE, pursuant to EPIRA; obligates the grantee to provide reliable service, with financial penalties; and explicitly states the grantee “shall not be entitled to any government subsidy.”

This incorporates inputs of industry stakeholders from extensive congressional hearings, to ensure the franchise is highly regulated and compliant with EPIRA and the constitution, respects existing franchises, and enables DOE and ERC to impose further safeguards. This imposes even greater restrictions on SPSB than existing utilities, limiting it to marginal areas and prohibiting it from receiving any government subsidy.

Motivating SPSB is the support it has received from consumers in underserved areas. Facebook posts supporting HB 8179 have reached 20 million Filipinos and generated over 2 million likes, comments, and shares. Various Local Government Units have attested to the benefits should the bill become a law.

Misamis Occidental Governor and former Tangub City Mayor Philip Tan said: “For several years, Tangubanons experienced extended power outages and exorbitant energy prices. But, with the advent of the Solar Para Sa Bayan Project, these will now become a thing of the past.” 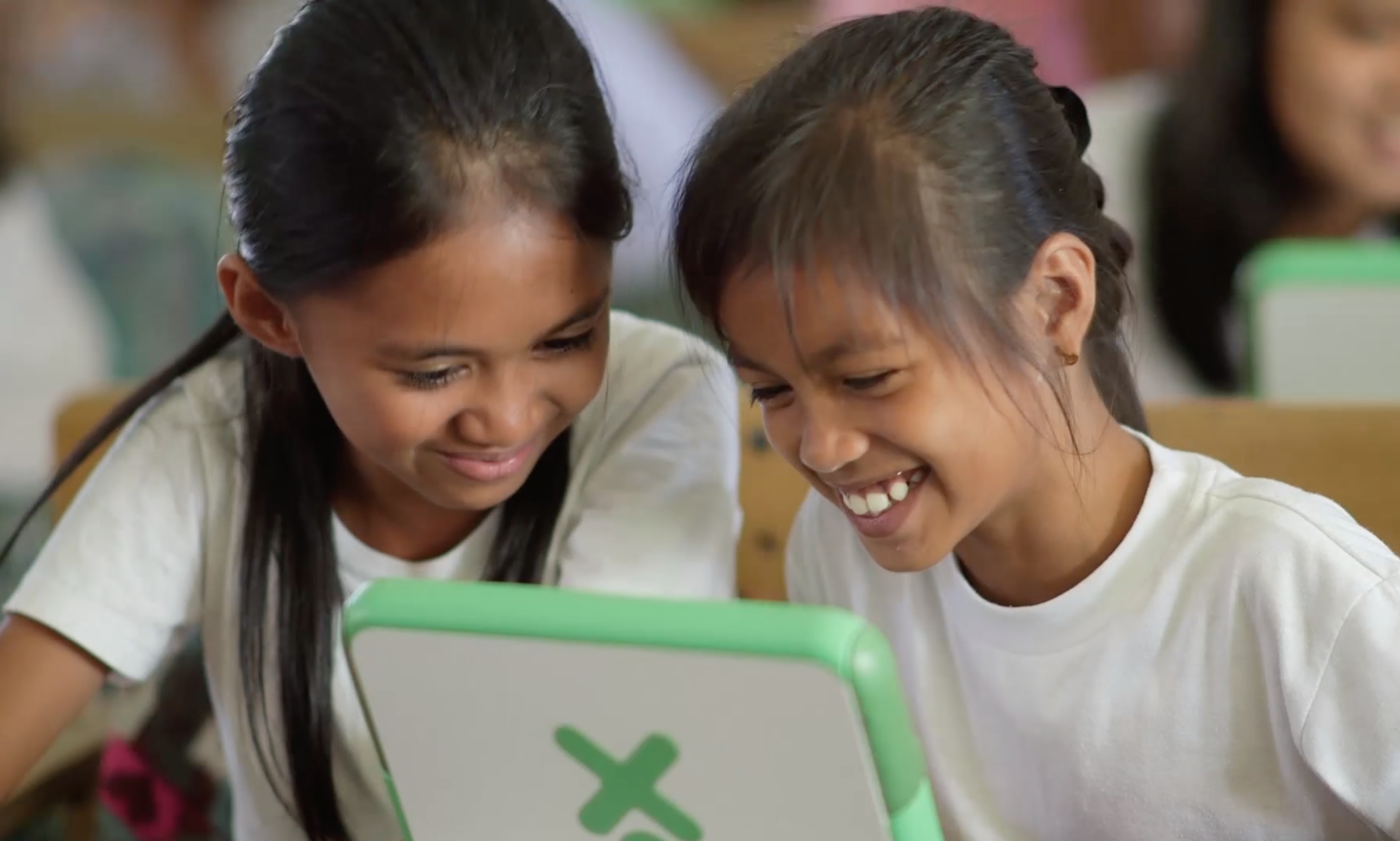 Mayor Shierwin Taay of Dingalan, Aurora said: “We thank Solar Para Sa Bayan for fulfilling the dream of Dingaleños, by solving our power crisis and reducing the cost of electricity. This is a great help for a town like ours to achieve a stronger economy and better life for our people.”

Should the bill become a law, SPSB’s commitment is clear. In a statement, it said, “We commit our utmost to support this administration’s goal of achieving 100% electrification and ending energy poverty by 2022, and do this without need for government subsidy.”

For decades, Philippine presidents have tried and failed to reach 100% nationwide electrification. Now, we have a solution, with the potential to energize the entire country by 2022 and add to the list of reasons why this administration will be remembered as the one that did the most to improve the lives of ordinary Filipinos. – Rappler.com