MANILA, Philippines  – Francis Kong, an entrepreneur, writer, and one of the most sought-after inspirational speakers in the country, is the host of TaskUs’ newest leadership web series called TaskUs 121.

TaskUs 121 features TaskUs leaders discussing progressive leadership and the company’s culture pillars and people-first mantra. ‘121’ is a play on ‘one to one’, a term used for TaskUs’ regular coaching sessions between leaders and their direct reports.

It has been years since TaskUs reversed its corporate triangle, which steered its exponential growth within and outside the Philippines. In their new structure, frontliners are instead placed at the top and shareholders last.

“The org chart is broken and we need to hack away at the corporate hierarchy. Leaders need to pave the roads for the growth of their employees,” said TaskUs’ chief delivery officer Robert Hayes. 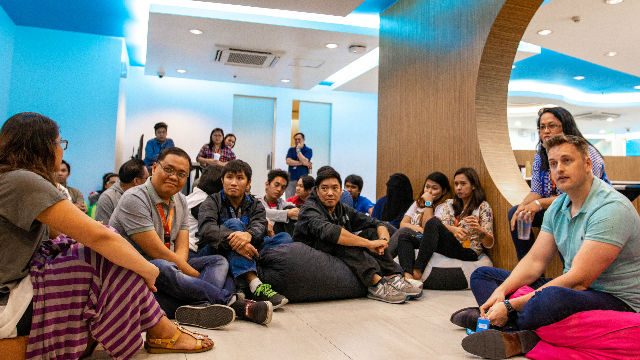 TaskUs 121 is expected to exhibit different professional leadership skills: motivating teammates, managing millennials at the workplace, fostering diversity, delegating responsibilities efficiently and handling criticisms, making mentoring effective through strengths-based coaching, and most importantly, teaching the value of constantly being open towards learning. These topics show how TaskUs instills their core values within the organization.

The web series brings out insights of leaders who act as the company’s cultural heralds and gatekeepers. Its mission is to create more leaders who can spark transformative change across industries and tackle effective strategies and philosophies that promote humility and servant leadership – values that make up TaskUs’ ‘ridiculously good’ culture.

Kong, the person behind the wisdom of #PassionPurposeProductivity tag online, is also excited with the idea of the web series. “I think it is a brilliant idea. It is a project that’s not only needed but it’s also effective for leadership, which is essentially a skill you can develop. The leadership sets the tone and everything rises and falls on it. Its basic principle applies and cuts across different industries,” the lauded host said. “In whatever industry we are in, we are not dealing with businesses. We are dealing with people.”

And just like how TaskUs veers away from the corporate hierarchy and focuses on putting people first, Kong believes that positions are merely titles given to people. Some have positions but they don’t have leadership skills. “The real role and function of leadership is to bring out the best in your people,” he said.

TaskUs 121 episodes will be posted on TaskUs’ LinkedIn account starting November 14 and will feature 10 leaders from its different offices in the Philippines.

[Editor’s note: TaskUs 121 episodes will be posted on TaskUs’ LinkedIn page starting November 14. This is their press release.]