The elements that make a truly Pinoy Christmas MANILA, Philippines – Filipinos arguably have the most festive and unique way of celebrating Christmas in the world.

For starters, ours is among the, if not the, longest celebration period, at four whole months and a week. It seems Filipinos have just come to an agreement to start putting up decors and playing carols in heavy rotation as soon as September rolls around. The festivities last all the way until the first week of January.

During this time, we partake in uniquely Filipino traditions: putting up parols, or bright, colorful lanterns that symbolize the star that guided the Three Wise Men to the manger of the newborn Jesus Christ; eating local rice cakes bibingka and puto bumbong that’s especially good when paired with hot salabat (ginger tea) or cocoa before attending simbang gabi (Misa de Gallo) in cold and early December mornings; “Namamasko po,” or going from house to house singing carols, usually done by young children; and enjoying local fare such as lechon and morcon at noche buena.

Different activities these may seem, but one thing binds them: they just won’t be fun and memorable without our family, friends, and loved ones sharing the experience with us.

Family at the core of Pinoy Christmas

We’ve asked a few people about what makes Christmas special for them, and we found their responses to revolve around being with family and loved ones.

“It’s going to midnight mass as a family, with the titas (aunts). It’s the simplicity of [having] noche buena and opening presents together,” Celine, a writer from Manila, shared.

Celine and her family are among the many Metro Manila-based folks who take advantage of the holiday break to return to their hometowns in the province for a quick vacation with their relatives.

It’s the same for Joanna, an administrator and analyst from Quezon City, who believes that Christmas is the time of the year when the entire family is complete. “It’s not really the food or the presents, but [the] presence of the family members during Christmas,” she said.

For Alpha, a mom also from Quezon City, it’s coming home to home-cooked meals by her own mother at noche buena, which her family and “family” – which she explained those who aren’t technically related by blood but are bonded to you just as strongly as real family is – indulge in. It’s also her kids creating a happy ruckus come Christmas morning as they play with the presents they received the night before.

For Mercy, a sales executive from Pasig City, it doesn’t matter what one calls the holiday celebrations depending on their religious practices. What’s important, she said, is that they pray, eat, and simply enjoy the day with their loved ones.

Keeping the tradition alive away from ‘home’ Over the years, many Filipinos have chosen to leave the homeland to work and continue their lives abroad. But although they left practically everything they own here, they brought certain traditions with them – including the Filipino way of celebrating Christmas.

“It’s very diverse here so not everyone celebrates Christmas. In the Philippines, it’s like the one day where everyone can share the same thing, like a birthday party,” Alexis, an airline crew member based in Manitoba, Canada, said.

Alexis was only in grade school when she and her family left Manila. Understandably, she can only vaguely remember how Christmas was in our country. “But I know my parents or the adults in the family carry the tradition here so it doesn’t seem like we’re away,” she said.

Even so, she still distinctly remembers, “You will really feel the Christmas spirit because in every corner, you will see traditional Christmas street food being served, which we don’t have here.”

But though she hasn’t returned to the Philippines in more than a decade, Alexis’ sentiment surely echoes that of everybody else, here and abroad.

“Filipino Christmas is all about bringing everyone together and celebrating it in a big way so everyone can enjoy and have a lot of fun. I love how even though you’re in a different country, it still feels like home because you have the traditional food, you have your family, and everyone makes an effort to include those who can’t be there physically.

“As cheesy as it sounds, I feel like Filipino Christmas brings so much love and happiness, and it really is extra special,” she said.

Christmas at The SM Store 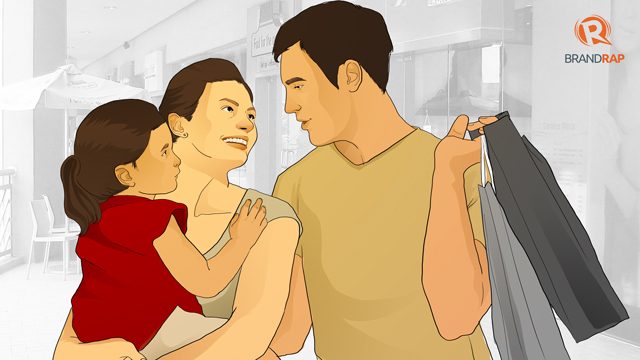 Another, albeit more modern, tradition for many Filipinos is heading to malls – whether to do some Christmas shopping, to watch one or two of the annual Metro Manila Film Fest entries, or to simply spend a day at with the entire family.

A proudly Filipino institution, The SM Store joins in on the festivities as it celebrates through some of our traditions with an added twist to make things more fun and memorable.

Walking through its decked out stores will make shoppers feel the festive holiday air, making the holidays a magical experience.

The SM Family takes pride in being a part of the Filipino Christmas through the years, offering a wide selection of well thought out gifts for everyone in the family. And now, when you go online, you can also check out The SM Store’s selection of gift ideas for everyone on the SM Store Gift Guide and get them directly from www.thesmstore.com.