5 Reasons why ‘Rogue One’ gave us hope Facebook Twitter Copy URL
Copied
Eight films, two TV shows, and countless novels and comic books later, it turns out that there’s still a lot to discover and enjoy about a story that happened a long time ago, in a galaxy far, far away

MANILA, Philippines – Three weeks after its premiere,  Rogue One: A Star Wars Story continues to be a force to be reckoned with.

Last Monday, it breached the $800 million mark in box office earnings, according to Variety.

Rogue One is the first standalone Star Wars movie from Lucasfilm and Disney. Its main events take place before Episode IV: A New Hope (in fact, A New Hope‘s opening title crawl is Rogue One’s entire premise). It explores the story of how spies from the Rebel Alliance stole the Death Star’s plans – which, later on, enabled Luke Skywalker to destroy it.

Reviews about the film have been mostly positive: it earned a score of 85% on Rotten Tomatoes. On Reddit’s official discussion thread, many fans say that this is their next favorite film after the original trilogy that George Lucas introduced in the 70s.

Among the many easter eggs and connections to previous Star Wars movies embedded throughout the film, these were our favorite moments – mainly because these gave us a lot to look forward to for Episode VIII and beyond.

Heroes of all shapes and sizes

Rogue One has casting breakthroughs worth celebrating, and possibly emulating in future Star Wars films.

Rogue One also features two prominent Asian characters: The monk Chirrut Îmwe (Donne Yen) and the mercenary Baze Malbus (Jiang Wen). Chirrut is the first non-Jedi main character to manifest sensitivity to the Force. If we’re to agree with Vulture’s analysis, the companionship between these two was also a peek into the first gay storyline in the Star Wars franchise. Even before Rogue One hit theaters, many fans zoomed in on the uncanny resemblance between Jyn Erso and The Force Awakens’ Rey (Daisy Ridley), from their brunette hair, big eyes, down to their British accents. There was a popular theory going around that Jyn could actually be Rey’s mother, although the decades between Jyn and Rey’s timeline would mean that Jyn had Rey well into her thirties or forties.

By now, we already know that that theory is pretty much null. But at least one news source claims that Felicity Jones has a sequel option in her contract, which means we could still see more of Jyn in a future Star Wars movie. So is she alive after all? Will she show up as a dream image or a hologram? We’ll just have to wait to find out. 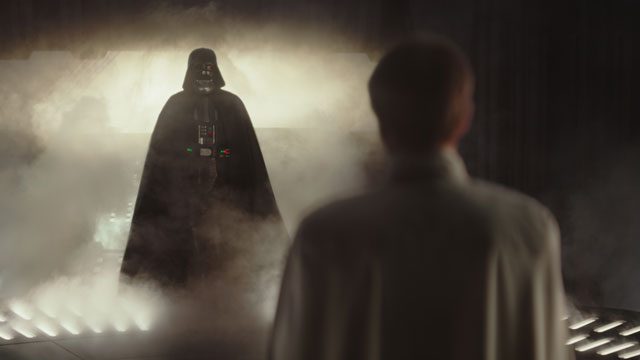 Rogue One offers quite a lot of new material about our favorite villain.

First, we find out that he has a castle in Mustafar (the place where “Jedi go to die,” and where Anakin lost all his limbs in that fight with Obi Wan), then we see him at his most vulnerable as he emerges, armorless, from a bacta tank, and then, in the final heart-stopping minutes of the film, we see Vader in one of his most menacing moments ever, taking down scores of rebels left and right as he attempts to get back the Death Star plans. For some, the whole film is worth a re-watch, just for that final act (with its subsequent surprise).

We’re not likely to see Vader in Episode VIII, but there’s a speculation that his castle will make an appearance. Perhaps it’s where Kylo Ren will go to complete his training? 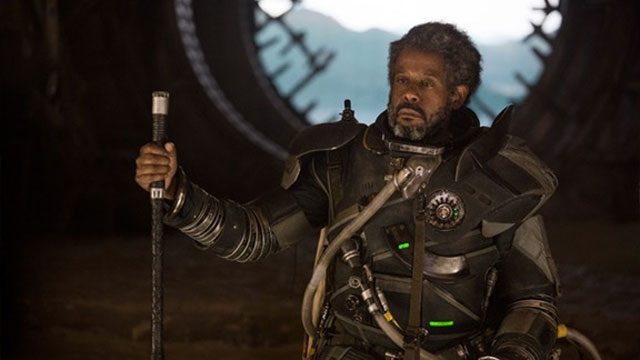 Some cameos did receive mixed responses: fans were unsure of what to feel about the decision to feature CGI versions of Moff Tarkin and Princess Leia, for example.

But overall, we’re excited to see which other characters will crossover to the big screen in the future. Eight films, two TV shows, and countless novels and comic books later, it turns out that there’s still a lot to discover and enjoy about a story that happened a long time ago, in a galaxy far, far away.

Rogue One didn’t just give us kick-ass battle scenes and new materials to base fan theories on. It had more of the things that we’ve loved about Star Wars ever since: the magic of space, the inspiration of heroes (even robot ones!), and the satisfaction of seeing the Light Side win over the Dark Side. It gave us a better picture of what the rebel alliance was like – one that is more grounded and human. After all, “rebellions are built on hope,” as Jyn said.

As Rogue One succeeded in filling in the blanks of the story so far, we’re looking forward to finding out how the rest of it all unfolds. – Rappler.com