Will you join the tea movement? 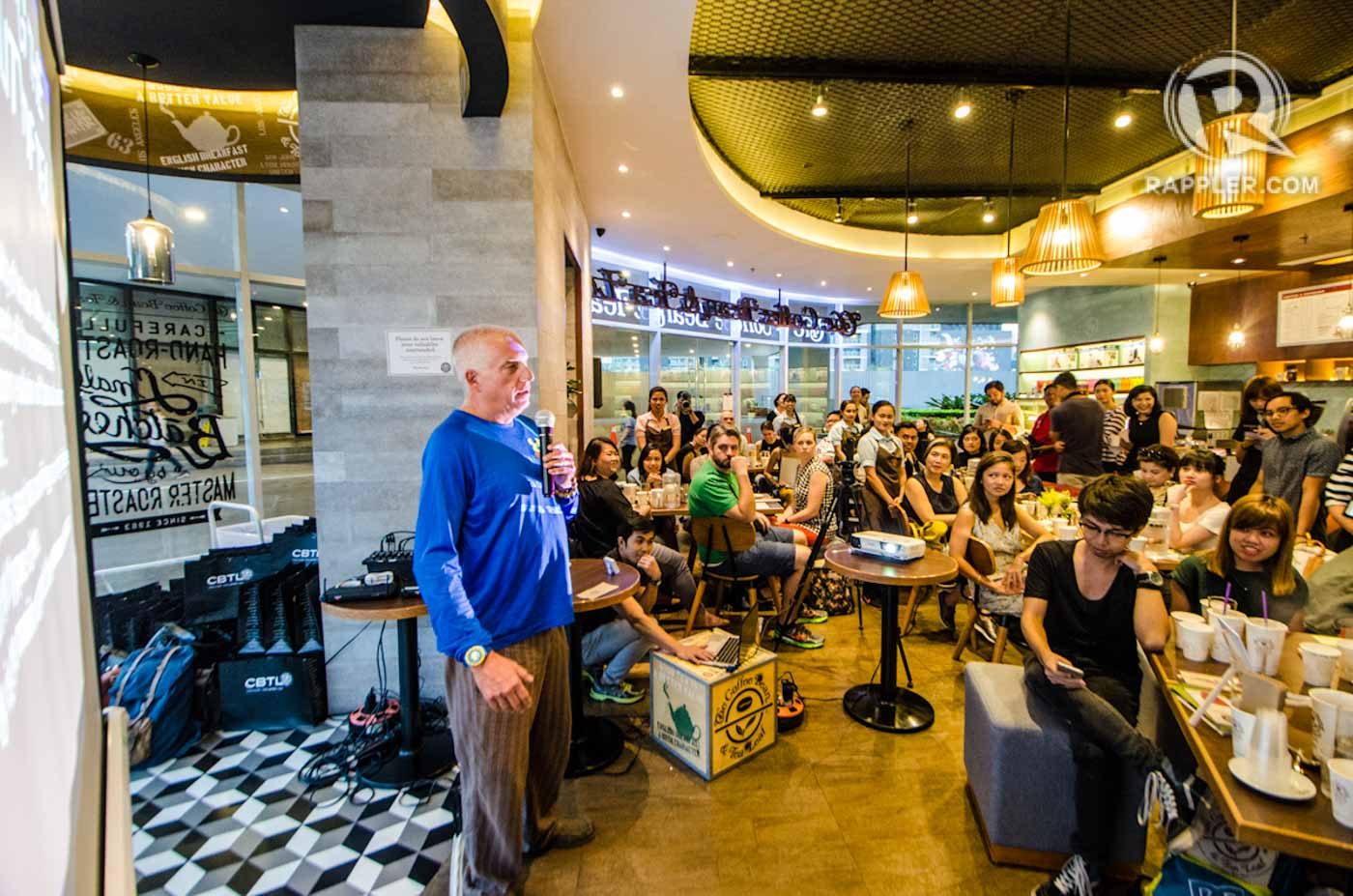 The Global Director of Tea for The Coffee Bean & Tea Leaf didn’t even start drinking tea until he joined the company 18 years ago.

His interest in tea started by accident. He was initially hired by one of The Coffee Bean & Tea Leaf’s founders, Herbert Hyman, as its Distribution Manager.

Back then, all tea samples he received from wholesalers were already flavored and blended. Out of curiosity, he began to experiment with these and was immediately drawn to the complexity of creating blends. He would throw ingredients together using a snow shovel on stainless-steel floor until he had his eureka moment.

He wanted to know more about teas and their origins, so he took a trip to India, one of the regions where teas are grown.

He didn’t know it then, but he was on the path of completely changing things – not just for the company, but for the tea industry itself.

This trip marked the beginning of the company’s practice of directly sourcing from tea farmers themselves. The company also started creating its own tea blends instead of buying from suppliers.

He avoids machine-harvested leaves, opting for hand-plucked varieties to ensure that only the most flavorful top two leaves of every plant are used. He also works directly with the tea growers, ensuring that they are provided with health, education, and livelihood benefits.

After choosing the best tea leaves, David proceeds to create signature blends. Using only natural, sustainably grown herbs and ingredients, he has created over 2,000 blends to date, putting out a shortlist of 15 new ones every year.

But it’s not always easy. “It’s an art and science. You take 8 months to create 500 versions of a blend till you finalize it in the actual package. It requires patience, but it also requires passion,” he says, referring to the now-popular Chai Tea Blend that he created.

When it comes to making tea, David lives by consistency. He takes pride in making each cup the best.

Throughout his career, David has gained recognition for his skills as a tea master. He has been appointed as Ambassador of Pure Ceylon Tea for the United States of America and Canada – by no less than the Prime Minister of Sri Lanka.

As part of his recent visit to the Philippines, the tea master conducted a tea appreciation workshop last February 24 at The Coffee Bean & Tea Leaf in Kidzania, Bonifacio Global City.

The highlight is that tea represents a lifestyle. It’s not something to sip while preoccupied. It requires the drinker’s full attention. Appreciating tea takes a full sensory evaluation – from inhaling its aroma deeply, to slurping hard for the palate to fully process the unique taste of each blend.

“No texting. Take time to focus on what you’re doing,” David told the participants. “You also have to leave your preferences outside because that hinders your sensory evaluation. When you’re experimenting with tea, you need to have an open mind.”

The tea movement in the Philippines

In a country where coffee often trumps tea as the beverage of choice, David cites tea lattes as the perfect way to segue into the tea culture.

Like other Asian countries, Filipinos can create their own tea ceremony. But it’s also easy enough to incorporate tea into everyday routines.

“Filipinos steam rice like I drink tea,” David jokes. For a more flavorful and aromatic serving, he suggests substituting plain water with water and genmaicha tea when steaming rice. All kinds of tea come from the same bush, but variations on the process dictate the type. Tea is multi-dimensional – it presents Filipinos with different colors, flavors, and aromas.

There’s a case for choosing tea over coffee. Caffeine in coffee affects the drinker physiologically. Its effects are short-term – it gives a sudden burst of energy, followed by a crash. On the other hand, caffeine in tea manifests neurologically, allowing the drinker to work on tasks for longer periods of time.

When done properly, drinking tea heightens the senses. It’s a spiritual drink for the mind and body, perfect for relaxing, meditating, and being in the moment. It reminds the drinker to just slow down.

For local tea lovers, a special tea which captures the Filipino essence is coming right up. David is exploring local flavors and will be working with chefs for a new tea infusion series.

The tea specialist encourages Filipinos to join a movement for tea to finally take the spotlight.

“Don’t say Coffee Bean. Say The Coffee Bean & Tea Leaf. It’s all about tea now. It’s about improving the well-being of people in the Philippines. And tea is the way to do it.” – Rappler.com