From Luzon to Mindanao, get ready for a nationwide Oktoberfest celebration 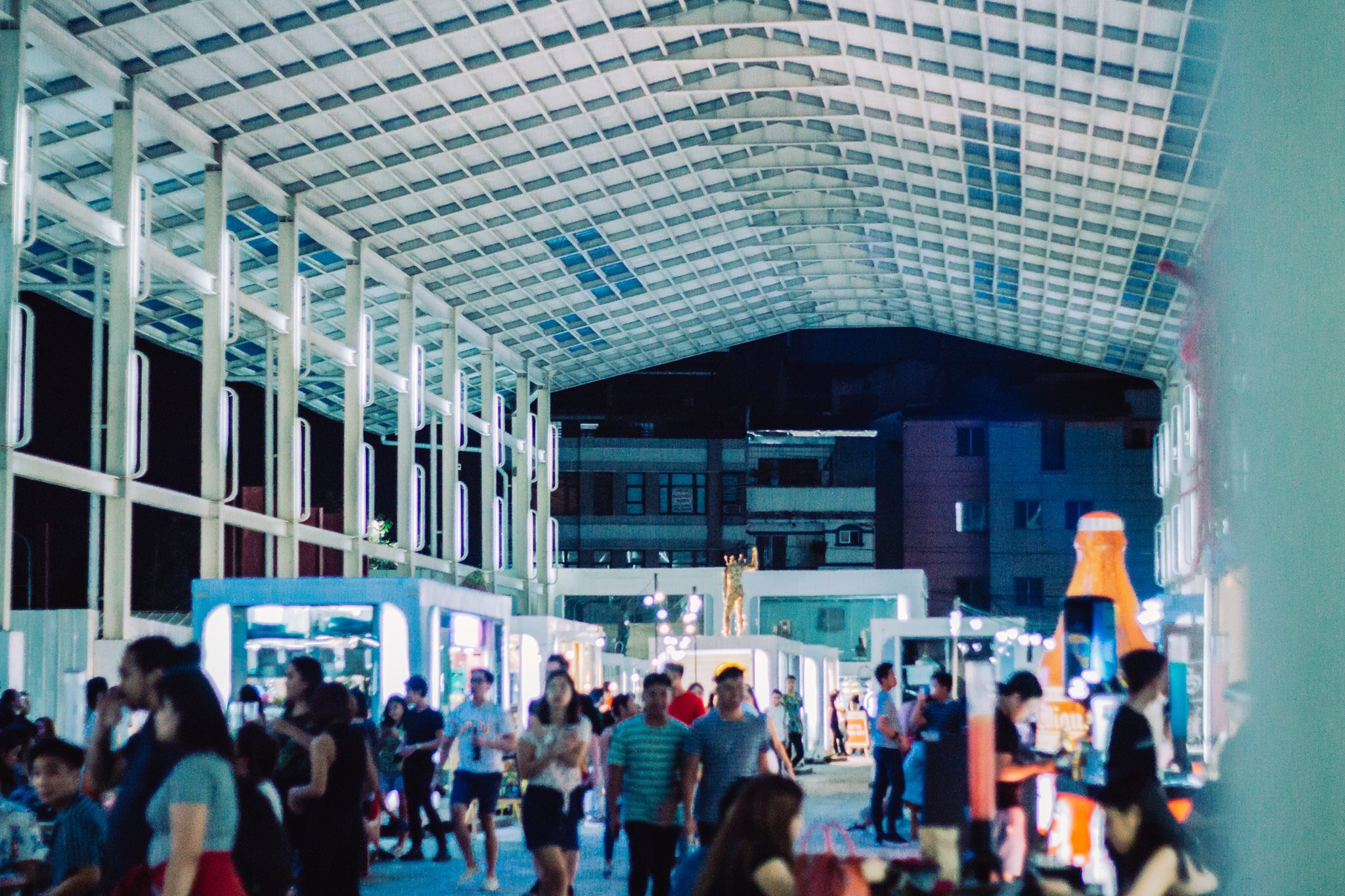 MANILA, Philippines – San Miguel Oktoberfest has long embedded itself into the Filipino culture. Though originating from Germany, this annual celebration has been certified as an official Filipino fiesta by the Department of Tourism in 2005.

I, for one, celebrate my birthday in October. And, for as long as I can remember, October is one and the same as Oktoberfest. It’s just that my anticipation and excitement are heightened all the more because of the month-long celebration. To me, my birth month means nights out in town with close friends, good beer, and back-to-back OPM acts.

First debuted in 1982, San Miguel Oktoberfest is now the longest-running beer and music festival in the Philippines. Having started as a mere one-night-only event, Oktoberfest has grown exponentially through the decades. Now on its 37th year, Oktoberfest is running from August 23 until October 27 in multiple venues from Luzon to Mindanao.

Over 1,700 partner bars across the country will be running 5+1 bucket promos every Monday to Thursday during this period. You get 1 free bottle for every 5 bottles purchased of any San Miguel brand.

Media networks – such as Tiger 22 Radio (the network behind Play FM, Magic, and Wave), Jack TV, MBC, and RMN Radio – will also be taking part in the festivities by organizing several Oktoberfest parties. These will be in metro hotspots such as Poblacion, Tomas Morato, McKinley Taguig, and Pasay, as well as key cities like Baguio, Cavite, Iloilo, and Davao. Popular organizers like Unknwn and Karpos Multimedia are also bringing Oktoberfest to the beaches of Siargao and La Union.

Want to know more about the destinations where you can celebrate San Miguel Oktoberfest this year? Here’s a mini-guide to the weekly Oktoberfest-themed events by location. You can get the Oktoberfest Merch Collection in all these locations too!

If you regularly pass by Katipunan, chances are you’ve seen this quirky looking open-air mall.

Made entirely out of container vans, The Pop Up is located at the corner of Katipunan and Xavierville. The area houses restaurants of various cuisines, clothing boutiques, bars, and even a Korean grocery.

At the other end of C-5 road, in BGC, there’s also another partner venue for Oktoberfest. Fort Street (the new name of the iconic Fort Strip)will also be holding Oktoberfest events for the months of September to October. As is Greenfield District Central Park in Mandaluyong.

For those closer to the south, there is Victory Food Market in Baclaran, Pasay and Bellagio Square in Malate, Manila.

Lastly, those in Metro Manila may also avail of Oktoberfest 2019’s merch collection from the comforts of their homes when they order Andok’s Liempo or Litson Manok and 6 bottles of SMB via Grab Food every Friday, Saturday and Sunday until October 27.

Outside Metro Manila, San Miguel Oktoberfest 2019 celebrations will also be held in various locations in North and South Luzon. From Ilocos, Pampanga, and Subic to Laguna, Cavite, Quezon, and Batangas.

Northerners may visit Venvi IT Park in San Nicolas, Ilocos Norte; Sitio Foodpark in Vigan; Nepo Quad Jr in Angeles City. Those near Subic can enjoy Oktoberfest by the beach at the Pier One Moonbay Marina.

San Miguel Oktoberfest along with Karpos Media will also be presenting La Union Surfing Break on October 25 – 27. The entrance is free! 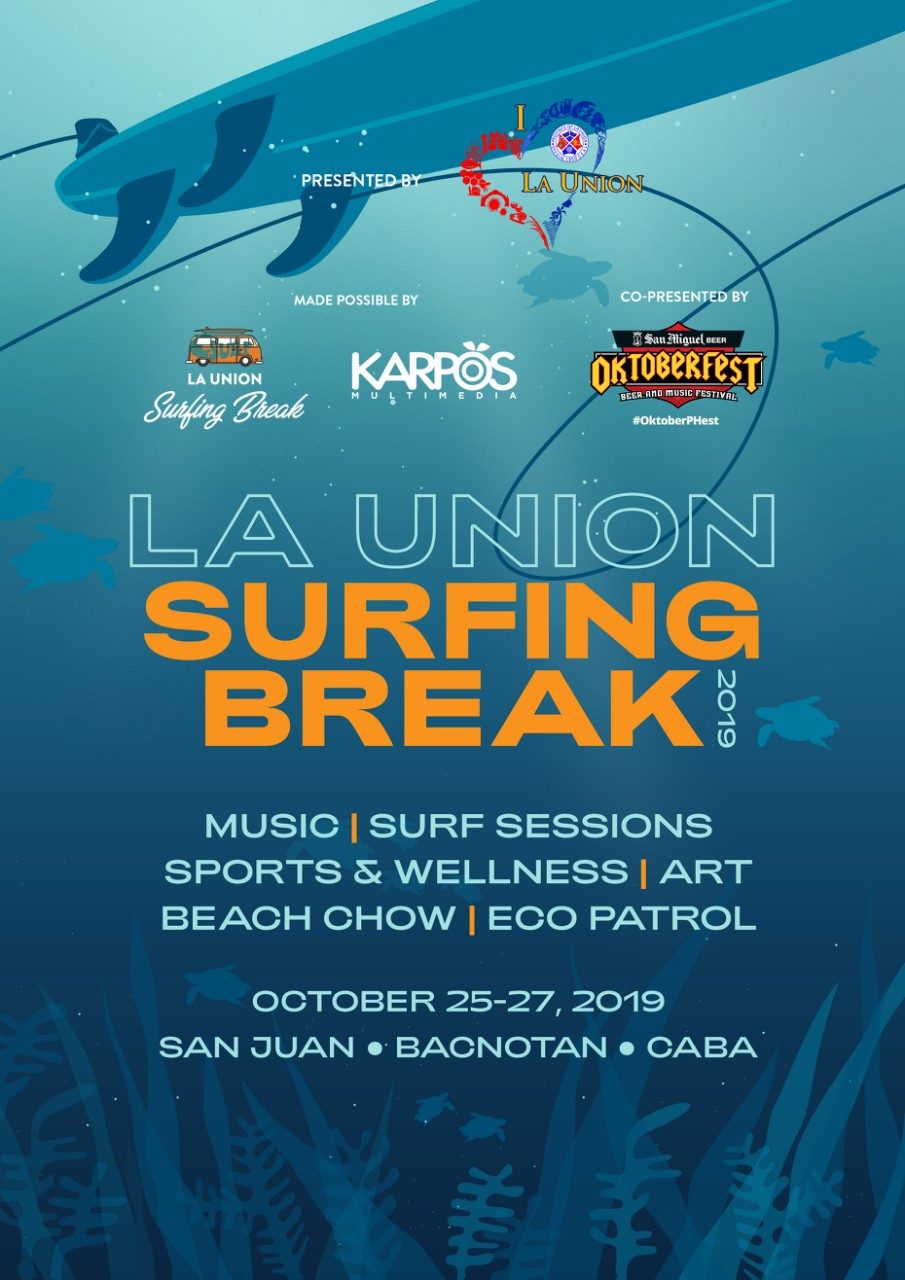 In Laguna, you can visit Centro Mall Food Park in Cabuyao and Locale Food Lounge in Sta Rosa. Caviteños may visit Inbox Food Hub in Imus. A food park which, like The Pop Up, repurposes old container vans as food kiosks.

Oktoberfest 2019 is also celebrated in the Visayas region as various locations in Cebu, Iloilo, and Bacolod will be participating in the fest.

Two Oktoberfest venues in Cebu will be the green lifestyle center IT ParkGarden Bloc and Tambayan Sa Lacion in Mandaue. While those in Iloilo can visit Central Park and enjoy the Beerkada Nights party at MO2 on October 18.

Bacolod, on the other hand, will be owning its moniker as the “City of Smiles” this year, as they will have 3 areas for their Oktoberfest events. Namely, The Palms, CGC Foodzone, and The Marketplace.

Those looking to experience Oktoberfest by the sea can do so by traveling to Iligan City.

Paseo de Santiago is a relatively new tourist destination in Iligan City where visitors often take photos with their huge “Iligan City” sign. The seaside complex is also close to the city fish market and its dampa. The place prides itself as the perfect location for friends and family to chill, with good food and drinks, while taking in the sea breeze.

To anyone who’s attending the San Miguel Oktoberfest 2019 events, you are advised to arrive early. Due to the large foot traffic, the venues are strictly at a “first come, first served” basis.

Schedules, including performer line-ups, are also subject to change without prior notice. You can check the San Miguel Oktoberfest Facebook page or App for updates.

Lastly, Oktoberfest is a time to put down one’s gadgets and bond with friends face-to-face. So everyone, feel free to take your time. Don’t rush the night and just enjoy the festivities. – Rappler.com