#ClimateActionPH: It’s time for the Philippines to get serious about climate change

Apr 29, 2016 12:07 PM PHT
Rappler.com
Facebook Twitter Copy URL
Copied
The country’s vulnerability to climate change is made worse by poverty, its lack of knowledge and means to protect itself, and its inability to cope and manage its surroundings

While the tragedy was certainly news, its root cause is nothing we haven’t heard before: the farmers have been hit by a massive drought triggered by El Niño. The drought destroyed their crops, depleted their income, and caused them to go hungry.

El Niño is a natural phenomenon now being worsened by climate change. We cannot stop El Niño, but we can do something about climate change. Choosing not to do anything has grave consequences. 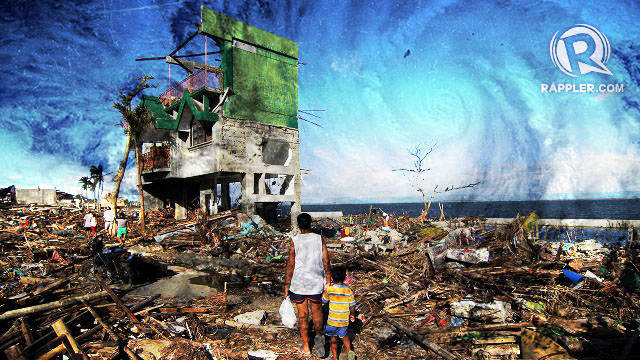 For the Philippines, that means drastic changes in warming and rainfall levels. In other words, droughts will be more intense and frequent. Typhoons and flooding, too.

In fact, we’re already feeling the effects. What’s happening in Kidapawan is case in point. It’s also not long ago when Typhoon Yolanda (international codename Haiyan), the world’s strongest storm to make landfall in recent history, tore through a large portion of the country.

The devastation from that typhoon catapulted the Philippines to the top of the list of the most vulnerable countries to climate change, based on the annual Global Climate Risk Index of Germanwatch. The nation’s position improved, moving to the 4th spot this year, but still among the most vulnerable.

The country’s vulnerability is made worse by poverty, its lack of knowledge and means to protect itself, and its inability to cope and manage its surroundings.

That level of vulnerability has serious implications: damage to the economy, food insecurity, loss of livelihood, and deaths. Former climate change commissioner Naderev Saño said that a destructive typhoon season could cost the country two percent of its gross domestic product and another two percent for reconstruction. 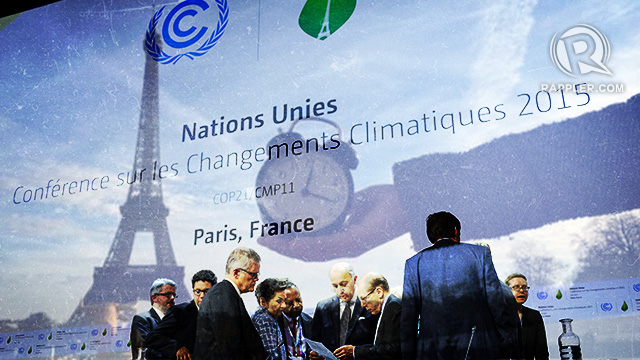 The vital question now becomes: how do we slow down climate change? The simple answer will be to cut our greenhouse gas emissions, the most common of which is carbon dioxide. Greenhouse gas emissions come from our own activities – from taking the car instead of walking short distances to large scale ones like massive deforestation. Greenhouse gases in our atmosphere trap heat, warming the climate.

Yet slowing down climate change is not at all simple. It is a global problem. The Intergovernmental Panel on Climate Change, the main international scientific body assessing climate change, said in a 2014 report that global emissions from manmade activities are “now higher than ever.”

“Concentrations of carbon dioxide, methane, and nitrous oxide have all shown large increases since 1750 (40%, 150% and 20%, respectively),” the report said.

The biggest increase happened between 2000 and 2010. Bulk of the increase came from the energy sector (47%), followed by industry (30%), transport (11%) and building (3%). Other emissions came from the agriculture forestry and other land use.

China has eclipsed the US as the world’s top emitter of greenhouse gases, accounting for 17.15% of the global tally. The US contributed 14.9%.

A global problem should therefore be addressed by global efforts. That’s why on April 22, 175 countries, including the Philippines, signed the Paris Agreement, a deal that mandates both developed and developing countries to drastically cut their respective greenhouse gas emissions. The collective goal is to keep our global temperature below 1.5 to 2 degrees Celsius this century. 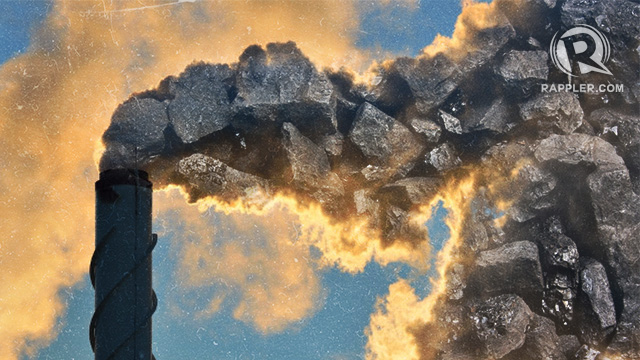 The Philippines’ emissions are smaller compared to developed nations, but they are without a doubt on the rise, surging by 65.6% from 1990 to 2010.

Given the country’s extreme vulnerability to climate change, it only makes sense that it lowers its emissions. As part of its commitment to the Paris Agreement, the Philippines set a 70% reduction in emissions by 2030.

It cited where its emissions currently come from: energy, industrial processes, agriculture, land use change and forestry, and waste. Naturally, the reductions will also come from these sectors, except agriculture and including transport.

However, even with this promise, the country continues to boost its reliance on coal-fired power plants, which are major greenhouse gas emitters. Greenpeace earlier reported that the Department of Energy (DOE) approved over 20 more coal plants, which will start operations by 2020.

Different sectors have called out President Benigno Aquino III for his vocal support for coal, having even attended the inauguration of the plant built by the Aboitiz group in Davao early this year.  The DOE also said it would not put a cap on coal plant projects, barely a month after Al Gore, a top crusader against climate change, said that the Philippines should shy away from such plants.

But the country can still turn this around – by making good on its promise under the Paris Agreement. One of the key things in the agenda is to shift the country’s energy mix in favor of renewable energy.