Party games to keep your barkada off their phones [Editor’s Note: This article features XChange Picks – deals and products we think you might like. These features may contain affiliate links from our partners.]

MANILA, Philippines — Who would have thought that in the age of social media and touch screens, party games and board games would make a comeback?

Part the current obsession with retro geekiness and part people’s yearning to connect outside of the digital realm, these games have become a medium for genuine, meaningful interaction.

Sherry Turkle in her TED Talk Connected, but alone? said that devices and online personas are redefining human connection and communication. “We are tempted to think that our little ‘sips’ of online connection add up to a big gulp of real conversation, but they don’t.”

Board games and party games, in their own way, force friends to sit down together. Through games, they compete, strategize, and, most importantly, communicate.

So, are you longing for that much-needed bonding time with your friends? Want to go beyond Cards Against Humanity and play a game you and your barkada can claim as your “thing”?

Here are some recommendations: 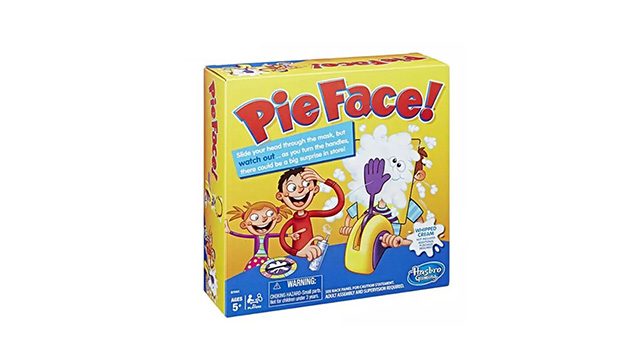 The objective of Pie Face is simple: be lucky enough to not end up with a face full of pie.

Players take turns resting their chins on a bar. They then turn a handle which could activate at random the “hand” mechanism which splats your face.

Remember, only use whipped cream or the wet sponge included in the game. We don’t want anyone getting hurt! 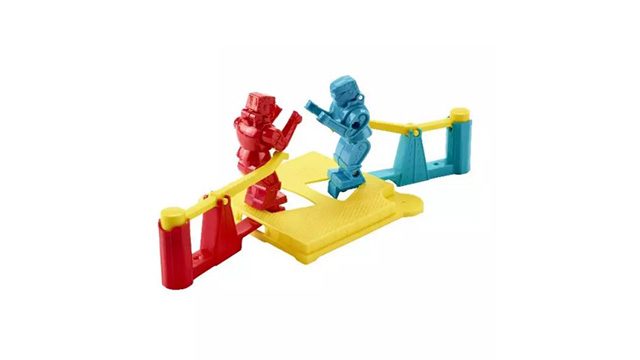 You can’t beat (pun not intended) the classics.

Designed as a two-player game, Rock ‘Em, Sock ‘Em Robots is a throwback to simple, retro, no-frills fun. Just use your thumbs to control the jabs of your robot. The first one to make their opponent’s head pop wins! Taboo describes itself as the game of “unspeakable fun.” Like a modified game of charades, the game forces you to let teammates guess a certain word. The catch is: you can speak, but you have to veer away from certain words — the titular “Taboo list.”

How well do you and your friends “get” each other? Taboo will let you find out. How fast can you snatch?

Shaky Shark pits your skills against one of the planet’s fiercest predators (or at least in their toy form). Equipped with your fishing pole, try to get as much wreckage from the hungry shark’s mouth before the time runs out. Because once it does, its chomp time for the Shaky Shark. We’ve all played Monopoly, but have you played it as Rebel or as part of the Empire?

What geek can turn down the chance to play mini-economics in a galaxy, far, far, away? Build bases and conquer planets instead of property.

Because why own the city when you can dominate the universe?

So are you ready? Go on, put down your phone, and pick up one of these party games. — Rappler.com