Through a mother’s eyes: “I’m proud to be an achiever mom”

MANILA, Philippines – Motherhood is one challenging, sometimes hair-pulling and all-around complicated rollercoaster ride. It may look easy, but once you walk in a mother’s shoes, you will realize how much multi-tasking and sacrifice is required to be one.

Milestones are very important to mothers. They stand as role models and have the responsibility to give their child an advantage by the way they guide them through their firsts and in every stage of life.

Hazel Villonco, 47, is a mother of 4 girls. She says that despite her busy schedule, she still gives herself ‘me’ time, “I go to crossfit about 4 or 5 times a week but I’ve also tried other sports like tennis, boxing and rowing.” She says it’s the first time in years since she had time for herself. 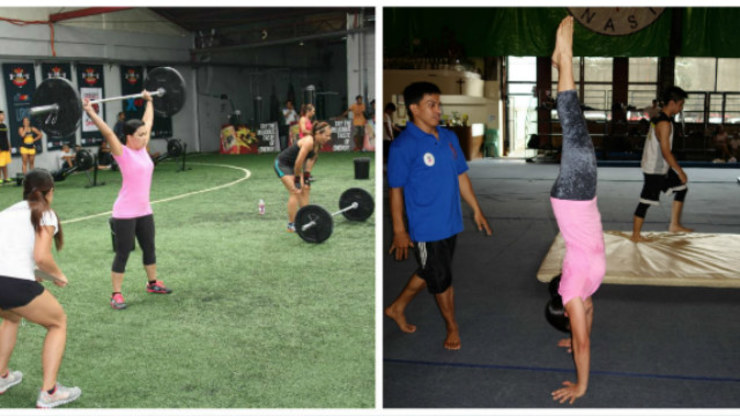 For a woman who also juggles businesses – a preschool, a Kumon Center and a dance studio – her time with her family is sacred. Her three daughters excel in their academics and extra curricular activities, while her youngest, who is 4 years old, is also following in the footsteps of her older sisters. She is very proud of what her daughters have become and know how each is different from the other.

They excel in sports, dance, academics and have good relationships with their friends. Hazel is indeed one proud mother.

My role as a mother

“I’m a very hands-on mom,” Hazel says. Ever when her children were babies, she would bring them to work so she could spend time with them. She also says that her children slept beside her when they were young. “Maybe I was clingy but I also enjoyed it!” 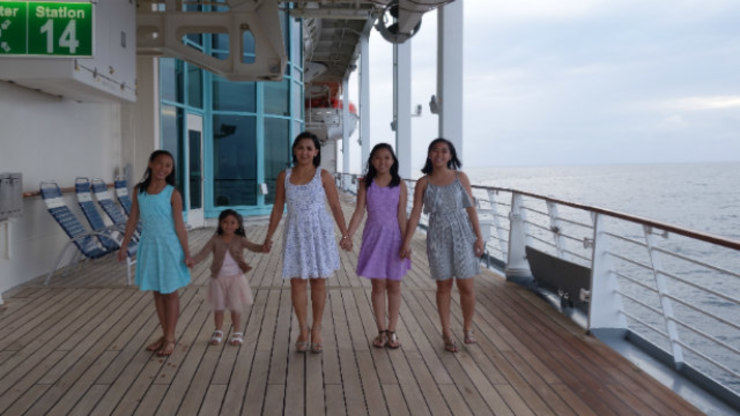 She describes herself as a mix of everything. “I’m strict when it comes to education, responsibilities and obligations. But once school work is done, my children are allowed to do as they please.” She adds that she’s strict with goals. They know they have to study, they have to be home at this time and if they want something, they have to ask for permission. If they give her smart-aleck answers, she just gives them a stare and they know she means business.

Hazel likes to be involved in her children’s lives. She tutored her children until they were in third grade. Once they developed their own study habits, she let them study on their own. “I am aware of their academic capabilities, I know up to what point to push and when to stop. I don’t set unrealistic goals. They know I expect them to be academic awardees since I know that they can do it, but being at the top of the batch, like my third child, is only the icing on the cake.”

But Hazel says she doesn’t force her children and make them think that she expects them to be number one in everything that they do. “They have to understand and value the lessons in losing, too.”

She also prioritizes her relationships with her daughters far more than the medals or awards they bring home. Even though some parents think being “friends” with your children is impossible, she disagrees. “I’d like to think that I am [their friend] but I also make sure that they don’t cross the line and lose respect. I’m a “cool” mom according to my children’s friends,” Hazel adds. She also says that she enjoys listening to their music and having conversations with them.

“I always tell my children that they should be well-rounded individuals and not nerds. So a balance between excelling in their academics, extra curricular activities, pursuing a talent, having time with friends and family is a must.” She gives importance to everything they do and having interactions with family, friends and time for themselves and she is proud to say her children know their values.

“My role as mother is to encourage them and let them know that they can do what they want to do as long as they are happy.”

Hazel experienced a lot of misses back in the day and she wants her children to know that it’s okay to do so. Being happy with what you do must always come first. She describes her academic life as always “almost there” and she missed major academic awards twice. But she was also a dancer and an athlete, and was in the student council. She never had regrets for those missed awards. 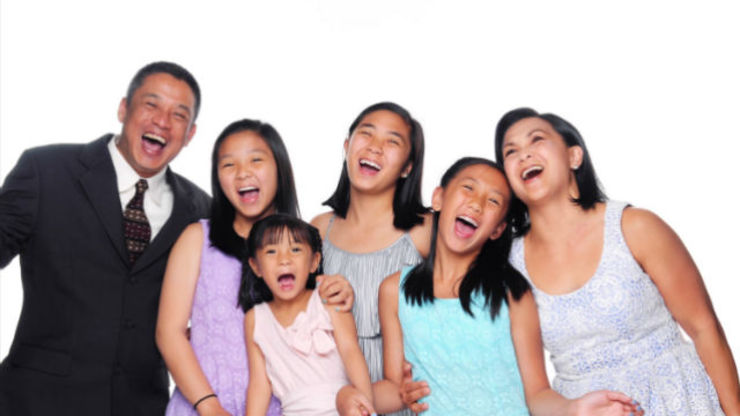 Now that Hazel has a responsibility as a mother, it’s now her turn to help her children become the best person that they can be. She does admit to raising her voice when she loses her patience, but then again it really is part of motherhood. You also have to instill discipline and consistency so they know you mean business. Although if there’s one thing Hazel would like to change in her parenting style in the past, it would be the shouting.

“I’ve always been athletic so it feels good to continue even at my age. If you make me stop I won’t be very happy.”

Asked what her dreams are for her children? “I want my children to live a good and comfortable life; find someone who will take care of them and have a good family life. I want to see my children happy and live a long healthy life with an active mind. I also want to live up to be a 100!”

She doesn’t want to grow old and be assisted by nurses or helpers around the mall. Hazel looks forward to an active mind and body to watch her children grow up to be mothers.

Truly only a mother can understand the ups and downs of raising a child. Hazel knows that when it’s their time, her daughters will do well.  – Rappler.com

*Brainergy Complex is a combination of DHA Power + and a Multi-Energy Blend. DHA Power + contains the highest levels of DHA among children’s milk brands and a unique blend of nutrients like Choline, Zinc, Iron, Iodine, and Vitamin B. Complementing this is the Multi-Energy Blend, a carbohydrate blend that is scientifically proven to provide sustained energy to the brain. Enfagrow A+ Kid has the highest levels of DHA of any children’s milk brand with 75mg in 3 servings for a day. With children’s usual diet, it helps meet expert-recommended daily DHA intake of 100-150mg DHA+EPA for children up to 4 years old or 150-200mg for 4 years old and above. Reference: FAO 2010. Fats and fatty acids in human nutrition. FAO Food and Nutrition Paper 91. FAO: Rome.

**Appropriate nutrition and stimulation of the child’s senses are critical to his/her development.