Dolphy and COPD: Remembering his legacy 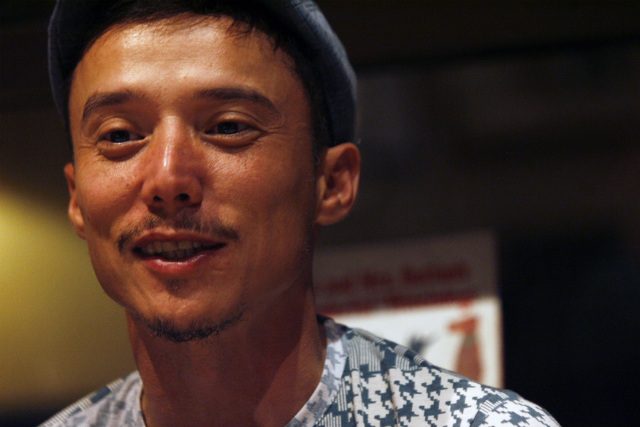 MANILA, Philippines – July 10, 2012, Tuesday. At 8:34 pm, Philippine entertainment will never be the same. Filipinos lost their one and only King of Philippine Comedy.

Dolphy, as he is known and loved by many, was a generous man. He gave when he could and never asked for anything in return. He was a man of the people.

He was an undisputed master of his craft and he shared his talent with the Filipino audience for 60 years. Known to be one of the most talented actors in the country’s history, people mourned and paid their respects at the news of his death.

“I grew up fast,” said Epy Quizon, the youngest of 4 children in his family.

He likens growing up in the Quizon household as “being in a madhouse” but all of the members grew close to each other. “Eric is like my father now,” younger brother Epy joked. The other two are Ronnie and Madonna.

But growing up as Epy Quizon was a different story.

“With my siblings alone, I couldn’t have a very normal childhood. More so with the fact that my father was Dolphy. People knew my father.” They were known as the sons and daughters of Dolphy but were never acknowledged until they made names for themselves in showbiz.

Eric Quizon shared the same sentiments. Growing up, he and his siblings were tagged as illegitimate children. “I would ask my dad. ‘Why are they calling me that?’ and he would say ‘No, there’s no such thing. You are my son and that’s it. You are all my children.’” Eric said that it was difficult growing up with the teasing and all, but his father treated them equally.

They both went to private schools but were teased by classmates for being illegitimate children or “anak sa labas”. Nobody believed Dolphy was their father and so both Eric and Epy got into fistfights with their classmates. 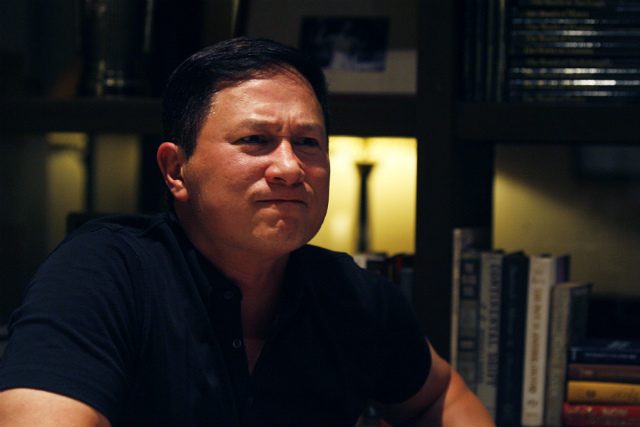 “He [Eric] is the last person you would think to even get into a fist fight,” said Epy.

So after being bullied and teased for so long, Eric asked his father to pick him up from school one day.

“He said, ‘Sure.’ My dad comes and picks me up with no bodyguards. Just him driving his Mr. Slim Mercedes and I was really waiting for him in the driveway [of my school]. He comes and everyone was just staring and I was parading him in school. After that, everyone accepted me. I think people just wanted to know if it was true because they all knew him and they didn’t know us.” But there was a fair share of good moments in the Quizon household that the brothers recalled.

In restaurants they were probably the noisiest table but ironically, Dolphy was very soft spoken. However, he would have one-liners that would crack up the entire family. “Those are the moments that I miss. Laughing at old jokes, old stories. Every time he told a story, we all just laughed” Epy said.

They shared that their father was very generous and it was a known fact.

Eric, who is now directing TV shows and live entertainment shows in Hong Kong, said, “He once borrowed money to be able to lend someone money.”

He respected others and listened to opinions, even ones that went against his. He also loved loving. He would show his appreciation in different ways and not just words. “That’s what makes it more special. When he looks at you and gives you that nod,” Epy added.

Remembering their father also meant talking about his death.

Not a lot of Filipinos are aware of the impact of this disease, let alone its existence, but it’s among the 10 leading causes of death in the Philippines.

According to Eric, his father had been smoking since he was in his teens during World War II. He went cold turkey when he was 45 years old. “His doctor told him if he didn’t stop smoking, he would eventually get emphysema, which is a type of COPD. His lungs were so black.”

Dolphy was 79 years old when he was diagnosed with COPD, but at that time his condition was only disclosed to his partner Zsa Zsa Padilla.

“When he turned 80, he started using an oxygen machine. It was portable,” said Eric. By this time, they already knew there was something wrong with his lungs. It was the same time they launched their book and even went on a tour in the United States. The machine was always there and their father was always sick. They knew there was something wrong. After their tour in the United States, Dolphy went home and was then diagnosed with pneumonia. Since then, Dolphy was in and out of the hospital for 2 years.

When Eric and Epy were finally told about their father’s condition, they admit they were not familiar with the disease so they researched and read about it to better understand COPD and provide him better care.

When they were out with their father, they made sure that he wasn’t exposed to large crowds and that he always had his medication. He couldn’t be too stressed and his time with fans was limited to avoid any compromise on his already low immune system.

“When we’d stop some fans from taking photos with him, he would say, ‘No, no, it’s okay’,” Eric shared.

Dolphy’s last movie, “Father Jejemon,” was apparently his dream role since he never played a priest in his 60 years in showbiz. “He asked me to direct it, but I refused. I knew this was going to be his last movie,” said Eric.

His classic sense of humor

Eric shared that when his father was rushed to the hospital by an ambulance they hit a big pothole on the road and while he was being lifted out of the ambulance, his stretcher fell.

“He said, ‘Saan ba ko mamamatay, sa sakit na ito o dito sa ambulansya? Parang pelikula ko lang ito ah,’” shared Eric. (How am I really going to die? Is it because of this ambulance or because of my sickness? This is just like one of my movies) Despite being on bed rest until his last breath, he fought to stay alive until all of his children were in his hospital room. His family entertained him by dancing and singing in the ICU. “Performance is his medicine. It’s his life,” said Eric.

Since his diagnosis, Dolphy tried his best to get better. He tried sleeping earlier, the drinking stopped – he used to drink wine when having dinner and took it day by day. “Our father died because of COPD and we just found out it was one of the leading causes of death and basically a lot of people are affected by this, especially by smokers, and both Epy and I used to be smokers. So we want to make people aware of this [disease] because when people hear COPD, nobody knows [about it],” said Eric.

They started a foundation called Dolphy Aid Para sa Pinoy. Dolphy always wanted his children to finish school and so the foundation is geared towards education and providing scholarships to those in need. “In a way, with this advocacy, we are educating the people about COPD and how they can cope with the progressive disease, just like what we went through.” adds Eric. “We tried our best to make his [Dolphy’s] life better.”

“It’s a very ugly disease. The saddest part is you see how your loved one deteriorates,” said Epy. He admitted that he smoked more after his father’s death, but then he finally decided to quit once and for all. His last cigarette was about 9 months ago.

“He was our general, our commander-in-chief. After a while you see him trying hard to catch his breath. I want people to be aware and it’s something people should consider when they smoke,” Epy added. Educating people, making them aware of the disease and giving people a clearer picture of how the disease is for both patient and family make up this advocacy in the name of their father.

What do they have to say? “I can’t tell you to stop [smoking] but be aware of the consequences of smoking,” said Eric. He also shared that they have a dream of putting up a center to help those who are depressed and who need someone to talk to.

Epy, on the other hand, said smoking is an addiction and he does his part by making people aware of the consequences. “I want to thank the Filipino people for just being there. Our phones never stopped ringing and prayers and support continued. This is why we’re doing all of this. We want to pay it forward.”

The brothers still had so much to share about their father. A two-hour conversation was not enough. But two years after their father’s death, they are still doing things to give back and to continue their father’s legacy.

They now honor their father’s life by fighting the disease that took his life. – Rappler.com

A public health message from: