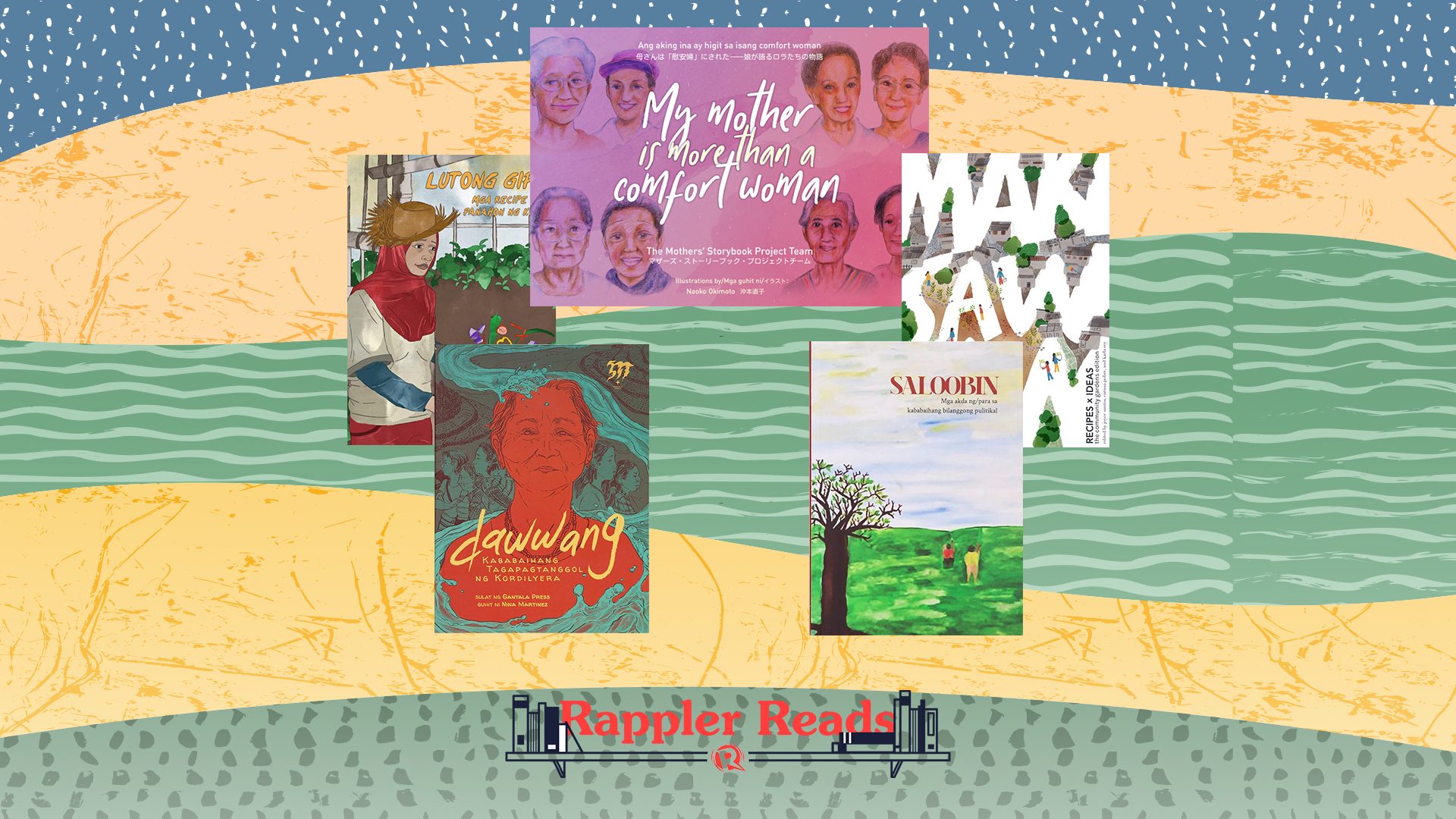 Facebook Twitter Copy URL
Copied
This independent, non-profit, volunteer-run Filipino feminist press has created a space for women many may not see as published authors

There are many things that make Gantala Press unique. After all, there aren’t many publishers like an independent, non-profit, volunteer-run Filipino feminist press focused on women’s stories and issues in the country.

But there’s one thing about this press that I believe stands out. They don’t just publish any story from any woman – they publish works from communities in the margins. They amplify the voices of peasant women, women workers, and their sector’s campaigns.

In short, Gantala Press publishes the stories of people we may not traditionally perceive as published authors.

They’ve come out with a wide range of works, such as essay anthologies, comics, zines, and poetry. They even published several cookbooks, like Makisawsaw Recipes X Ideas: Community Gardens Edition, the first Gantala Press book I bought.

In celebration of National Women’s Month, I wanted to utilize the #RapplerReads platform to learn more about the press. Following their example, I decided to reach out for an email interview to hear from the team firsthand.

Read below for an insight into the lack of publication access many Filipinos face, how the pandemic has affected this indie press, why it’s important to buy local books, and what’s next for Gantala Press.

It’s been a few years since Gantala Press’ conception. What has been the best thing about choosing to establish this press in the Philippines?

The best thing is being able to serve as a platform for the stories and advocacies of women who are not usually regarded as writers or published authors, like peasant women and women workers. We are happy to have contributed to the documentation and popularization of literary works and narratives written directly by women from marginalized sectors. The other best thing is our friendship and alliance with people’s organizations and other groups, particularly in the peasant, women, and youth sectors.

You have published several books regarding the narratives of peasant women. Please take us through the process of recording their stories and how you choose which sector to feature.

We usually work with people’s organizations when documenting stories from communities. The organizations connect us with the women and help make sure that they are involved in the entire process and that their stories and issues are properly communicated.

For example, in our latest cookbook entitled Lutong Gipit, the Amihan National Federation of Peasant Women thought of collecting recipes from peasant women in their network. They then asked for assistance from their volunteer arm, Rural Women Advocates, and from Gantala Press on producing the book, as well as in publishing it. Our latest comics, Dawwang, was created in close consultation with the indigenous women of Innabuyog-Kalinga.

Choosing which sector to feature or publish often depends on the issue that we want to respond to as a small press. For example, we know that farmers are among the hardest hit during the pandemic, and yet they are ignored and even abandoned by the government. Hence, it was just natural to produce a book or two that brought public attention to this problem.

However, many of our books are also a result of proposals for collaboration by some organizations and individuals, like LILA Pilipina who asked if we could help them publish a trilingual storybook about Filipina comfort women. We were also asked by the writers Merlinda Bobis, Joi Barrios, and Ma. Elena Paterno if we wanted to work with them in publishing a collection of letters by women, which we of course happily agreed to.

Like many industries, the press must have experienced its own set of challenges when the pandemic hit. How has the ongoing pandemic affected your workflows?

Mainly, it has been difficult to meet face to face and discuss organizational issues or hold educational activities and other activities for membership consolidation.

Like many industries, we brought our business – the selling of our books – online, which has helped us get by kahit papaano [in any way we can].

From your experiences as a press, why do you think it’s important to buy local books, especially those written by women?

Support of Gantala books in particular not only helps us do our work but also extends to the communities that we serve because a significant part of the sales of our books is always given back to the communities or donated to their sectors’ campaigns.

Please take us through your recent publications and upcoming 2022 offerings. What can readers expect from Gantala Press in the coming months?

Last year, we are proud to have published around 10 books including My Mother is More Than a Comfort Woman, a storybook in three languages (English, Filipino, Japanese), SaLoobin, a collection of poems and prose by women political prisoners, and Dawwang: Kababaihang Tagapagtanggol ng Kordilyera, a comics on the struggle of indigenous women against the building of the Chico River Dam.

This year, we are publishing the collected works of the revolutionary poet Kerima Lorena Tariman, a children’s book that we are producing with the Free Amanda Echanis Network, as well as a collection of letters exchanged among Filipinas in the Philippines, Australia, and the United States.

We all know the saying that “history is written by the victors.” In the same way, women’s participation in memory-keeping, meaning-making, and chronologizing is vital to ensure that recorded history considers women’s voices.

And while writing is a big part of creating recorded history, reading their works is likewise important. This month, let’s take a look at the stories being written by and about women in the Philippines, especially those in marginalized communities. Why not start by reading a Gantala Press book? – Rappler.com