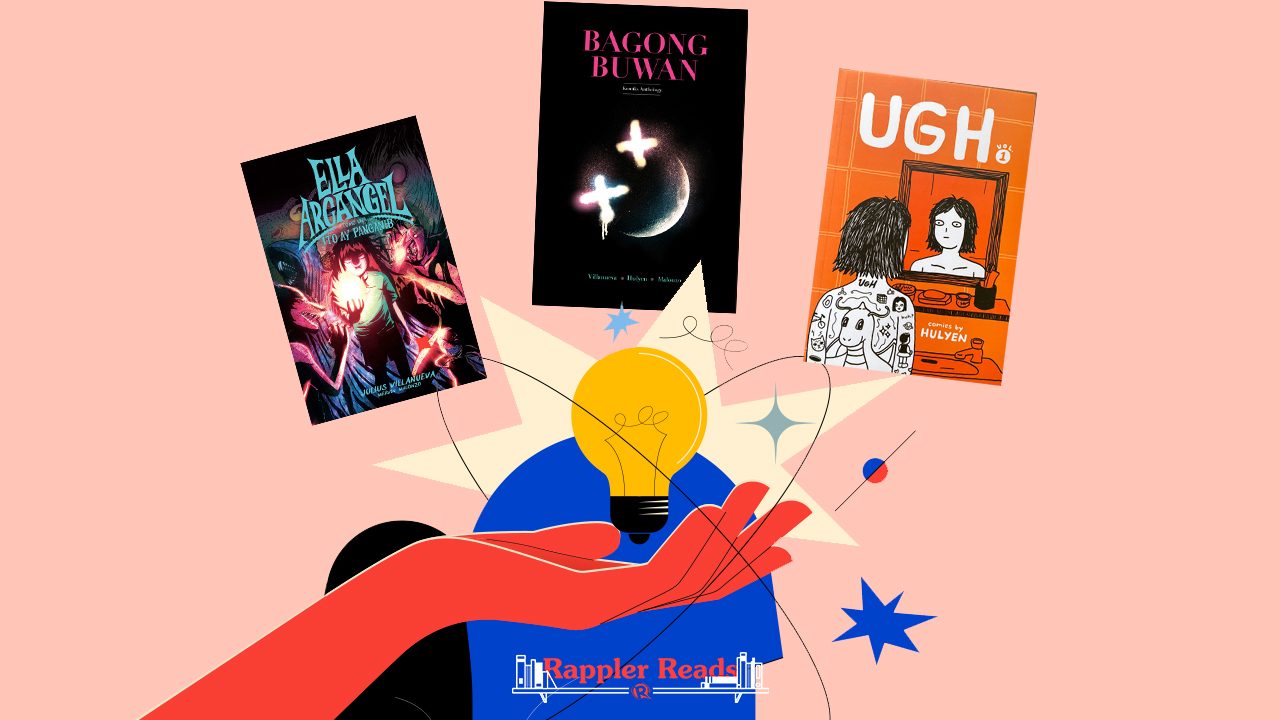 Facebook Twitter Copy URL
Copied
In indie publishing, even the most mundane of Filipino narratives can be radical

Historically, the flames of Filipino liberation have often been fanned by the pages of uncensored writers’ works. Take the country’s pivotal Spanish colonial era for instance, which spawned papers like the late 1800s La Solidaridad, La Independencia, and Kalayaan – all emblematic voices of dissent against oppression.

What allowed works like this to plant seeds of change in Philippine society was the existence of small, safe spaces for unbridled artistic expression. In today’s age, one of the bastions of these progressive works is independent publishers.

Driven not by profit but by creative spirit and a love of the craft, independent publishers not only create a space, but actively seek and empower storytellers to explore marginalized Filipino narratives.

One such institution is the independent comics publisher Haliya Publishing. The small press company was established in 2017 by Mervin Malonzo, Princess Malonzo, and Aaliyah Luna. Haliya envisions itself as an artist-centric space built specifically to highlight and amplify independent artists.

For this #RapplerReads story, we talk to one of Haliya’s co-founders, Mervin Malonzo. Mervin has a plethora of komiks works under his belt, including the award-winning Tabi Po series and collaborative works like After Lambana: Myth And Magic In Manila, and The Black Bestiary. As both an independent publisher and komiks artist, he provides us with insight on both sides of the coin in creating indie art. Here, we talk with Mervin on the pros and cons of independent publishing, the cultural contributions of the industry, and the counterculture narratives he wishes to see more of.

When did you begin creating komiks?

I really began creating komiks as a kid. I started by copying the stories from cartoons and movies that I watched. I used to draw them on the back of my notebooks. When I decided to pursue it, I developed my own story and that became Tabi Po, a story about a newborn aswang and how he came to terms with his cannibalistic nature. I introduced it as a webcomic at first in 2010. It was published by Visprint in 2014 and became a TV mini-series in 2017. In the third issue, I decided to self-publish it.

How has becoming a self-published author impacted the way you create?

To be fair to the mainstream publishers that I have worked and continue to work with, they do not hinder my creativity. I am free to write and draw whatever I want. They don’t tell me what to do. So in that aspect, there’s not much difference in how I create.

The difference lies in the financial aspect. With mainstream publishers, I get small royalties. I understand that this is because portions of the book sales go to the bookstores and the publishers. But this cannot sustain me if I want to be a full-time author, so I decided to publish and sell my own books so that the support of my readers goes directly to me. It’s not easy, but I realize that if I do all the legwork myself, it will be more beneficial to me and I can continue creating – this to me is what’s important.

Now, alongside Tabi Po, how many titles does Haliya Publishing carry?

We have at least three continuing comic series, namely: Tabi Po; Ella Arcangel by Julius Villanueva; and UGH by Hulyen. We also released an anthology called Kabuwanan featuring works by female comic artists. We mostly sell these titles online via mervstore.com but we also participated in events like Komikon and Komiket before the pandemic.

In choosing which works to publish with Haliya, what do you look for in a komiks project?

We seek [artists] whose voices aren’t seen much in mainstream publishing. Usually, they create content that isn’t afraid to speak about politics, activism, gender equality, and the problems of religion. We also value the art of storytelling in comics because these important messages will not be relayed if nobody enjoys reading them.

Which Filipino narratives do you wish had more representation in the publishing industry?

This will get me in trouble, but I really wish to see more enlightened writing that frees us from the clutches of religion. I think this is important. I would like to imagine a future where every Filipino is free to think for themselves. This will solve a lot of problems.

In your opinion, what aspect of Filipino culture is indie publishing able to uniquely capture compared to mainstream publishing?

I’m not really sure, but in komiks, activism is greatly explored in independent publishing. Works like the Tumindig movement by Tarantadong Kalbo have been influential.

What do you think are the most pressing challenges that the industry faces when it comes to fostering a healthy space for creative growth?

What do you feel is the indie publishing industry’s most significant contribution to Filipino culture in the last decade?

Komiks is alive because of independent publishing! Trese was independently produced before it was published and then shown on Netflix. There was a time when all komiks were independently produced. And these komiks have a diversity of content from the mundane to the fantastic. It’s not just superhero komiks. It’s representative of our culture’s many colorful aspects.

So one of indie publishing’s significant contributions to Filipino culture is the continued existence of komiks!

Last month, Adarna Publishing was red-tagged by a government authority. In March, bookstores Popular and Solidaridad were also defaced via graffiti with accusations of terrorism. How do you think occurrences like these affect the state of the indie publishing industry?

The book community has always been an enlightened one. It is clear that these authorities seek to control the minds of the people and revise our history. It is important that we bravely stand for each other in protecting the truth. Let’s fight against censorship and disinformation by continuously publishing our stories.

There is power to be found in the stories of the mundane, which is brought out by indie artists like Mervin. Their colorful depictions of local fringe narratives are, at its core, able to reflect truths that can resonate with the everyday Filipino. Through uncensored freedom of creation, we can be empowered to see our culture for what it really is – diverse, defiant, and ultimately, alive and kicking. – Rappler.com