As the Philippines looks to diversify its energy mix, one source - natural gas - has become increasingly important.

Natural gas is a clean, affordable, and reliable energy source largely used for electricity
generation. There are 5 natural gas plants producing electricity in the country.

In 2017, these plants provided 21.8 percent of the country's total power demand
They also accounted for 30 percent of power in the main region of Luzon.

Because natural gas is cheap, homes and businesses powered by it increase their productivity and save on costs.

In fact, in 2017, it had the lowest generation charge compared to other sources contracted with Meralco.

Over the past few years, the generation charge of natural gas has been cheaper than oil and coal plants contracted with Meralco.

Hover and click on the images to learn more.

Natural gas power plants emit approximately 60 percent less carbon dioxide than coal power plants. Carbon dioxide is a major greenhouse gas that contributes to climate change, which in turn worsens the frequency and intensity of disasters such as storms and droughts, and causes sea level to rise.

Hit by an average of 20 typhoons per year, the Philippines is one of the most vulnerable nations to climate change. Severe weather events the country has experienced since 2009, including typhoons Ondoy, Pepeng, and Yolanda, resulted in colossal economic damage and losses worth US$18.6 billion (around PHP940 billion by today’s conversion).

One more thing that makes natural gas plants more economical is how efficient they are.

Compared to coal plants, natural gas technology is more efficient, allowing it to generate more electricity with the same amount of fuel and reducing costs. 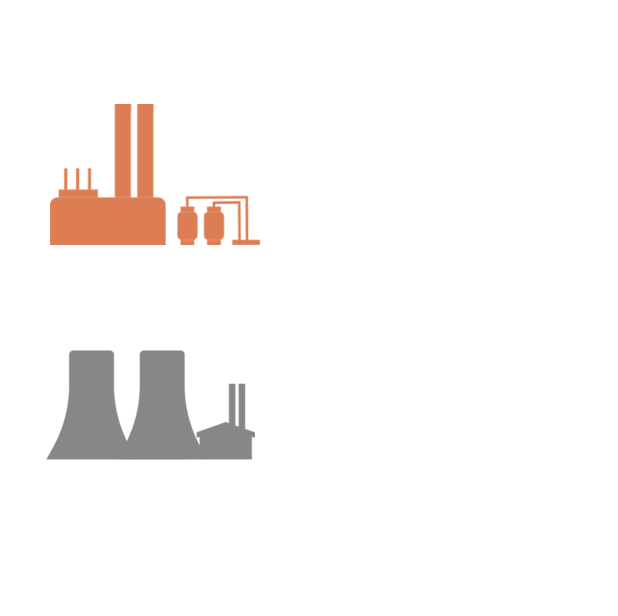 Harsh weather, events that interrupt the power grid, and the intermittent availability of some technologies can result in power outages. That's why we need plants that can react quickly to these changes to balance supply.

Why is this crucial for the economy? Each part of the day would have different energy requirements as demand from households and businesses changes throughout.

Demand is usually low during wee hours then picks up at mid-morning to mid-evening when there's lots of economic activity.

Natural gas plants are designed to provide cost-competitive power at any time of the day and depending on the demand. Plants like coal, which operate at the same output all day, lack that flexibility. 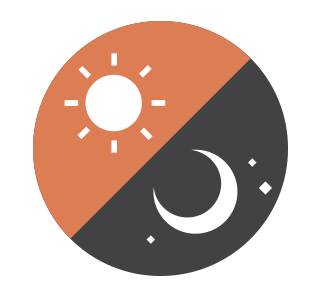 *Baseload plants are used to meet an area’s minimum level of energy demand all day and produce energy at a constant rate, while mid-merit plants are needed at periods of high demand. Peaking plants, which are capable of turning on and off multiple times a day, are used during “spikes” or when demand for electricity is extremely high.