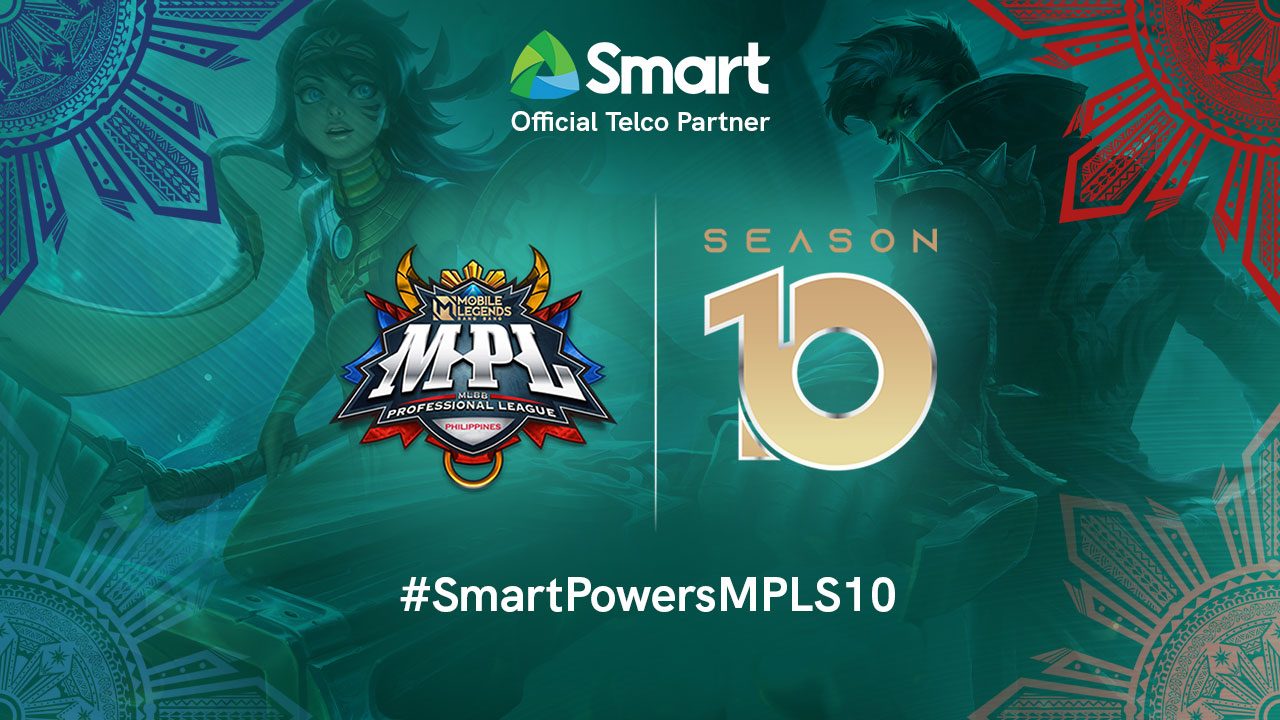 With its theme “LAKAS NA10 TO”, this season will pit eight teams against each other in a round robin format for a chance to win the coveted championship title. The eight franchised teams will compete for a prize pool of USD 150,000 this season. The top two teams of this season will represent the country in the upcoming M4 World Championship.

Smart subscribers and avid esports fans can watch the action-packed games live on the Smart Facebook page and get a chance to win exciting prizes.

A staunch supporter of esports

Smart’s partnership with MPL-PH Season 10 is in line with its longstanding push to promote Philippine esports and cultivate the passion, skill, and talent of Filipino esports athletes and mobile gamers.

The Philippines is the most competitive nation in MLBB esports worldwide with the most number of global recognitions and victories such as three titles for MLBB Southeast Asia Cup titles, back-to-back SEA Games Gold Medals (30th and 31st), and two (2) M World Championship under its belt. Smart has been present in these recognitions.

Best Mobile Coverage in the Philippines

Smart subscribers enjoy leveled-up gaming experiences powered by its superior mobile network, which has recently been recognized for having the Philippines’ Best Mobile Coverage by Ookla®, the global leader in mobile and broadband network intelligence.

Based on user-generated tests and scans in 2.3 million devices across 671,510 locations in the country, Ookla declared Smart as winner of the Best Mobile Coverage category for Q1-Q2 2022* after it achieved a Coverage Score of 794, surpassing its closest competitor’s Coverage Score of 732.

Know more about how Smart enables subscribers to level up their gameplay by visiting https://smart.com.ph/Prepaid/whats-new/gigagames. – Rappler.com