NBI summons 'more than a dozen' for coronavirus posts

What doctors are learning about the coronavirus 'on the fly'

Nine rooms and a hallway

5 Lessons from (some of) our favorite Pinoy pairs

Two can play the game of life!

MANILA, Philippines – Love pairs, rivals, buddies, sisters, best friends – the duo trope is certainly one of the most enduring fixtures in visual pop culture, particularly in Pinoy shows and movies.

Just like food, clothes, and certain libations, some character pairs become instant classics because of a tandem that’s so convincing, we wish we could find our own version of it (or at least be their third wheel).

Our favorite Pinoy pairs are not only fun to watch – through the years, they’ve also taught us some lessons worth applying in real life. On their own, these characters are great. But together, they became phenomenal.

Here’s our humble (and very truncated) list of some lessons from the best fictional pairs we’ve known.

We can create an entire separate article on how much we love Popoy and Basha from the 2007 film One More Chance. But the thing that we love most about P&B is not just that they end up together, but that they allowed time to prove that point. Apart, they flourished, grew wiser and learned new things about themselves. In the end, they realized that they couldn’t imagine their lives with anyone else. When they were ready for their 2nd chance, they were better for their own sakes, and for each other (READ: 'One More Chance' adapted into novel).

For almost 20 years, John Puruntong and Marsha Jones painted a weekly portrait of the quintessential Filipino couple in the sitcom John en Marsha (1973 to 1990). Money was scarce, but their household was always filled with love (just like this couple). John, as the head of the family, staunchly refused any financial assistance from his rich mother-in-law. Marsha, as his wife, kept the household running tight. Together, they strived to pass on values, rather than valuable things, to their sons and daughters. The Puruntongs inspired generations by proving that a tight-knit family can always make it through the toughest times.

Yna and Angelo: “Love is the only truth you need”

You’ve got to hand it to Pangako Sa ‘Yo (the original version aired in 2002) - that teleserye (READ: 'Pangako Sa 'Yo then and now, through the eyes of a fan) managed to throw every possible curveball into Yna and Angelo’s relationship: status differences, revenge, family secrets, and even the possibility that they might be half-siblings. Still, despite all the challenges that this pair encountered, the couple (along with the older pairs in this drama) was able to find the happy ending they deserved, once all the secrets and lies were cleared. All that honesty wouldn’t have been possible if Amor, Claudia, Eduardo et al didn’t find it in their heart to forgive and let love reign.

Mara and Clara: “Rivals can be friends”

Mara was the ultimate bida (protagonist) and Clara was the definitive kontrabida (antagonist). Unless you’ve been living under a rock since 1992, you’d know their backstory: they were switched at birth, and when Mara comes into Clara’s life, Clara makes life very hard for Mara. Eventually, they discover that their identities were switched. Their lives turn upside down. But eventually, these two decide to overcome their differences and even found it in their hearts to forgive the people around them. Despite their young age, Mara and Clara showed us that the most intense rivalries could give rise to the best kind of friendships.

Kimmy and Dora “Women can be on top”

Here is another sister-pair that we love. Kimmy and Dora Godonghae are identical from head to toe, but their similarities end with their physical likeness. Kimmy is a tough, wisecrack alpha-female who is next in line to take over their father’s company; Dora is sweet, subservient, and childlike. Fans of this sister duo loved the film franchise for its funny moments; but more than that, we think they rocked because they broke some female stereotypes. They proved to us that women can be leaders and that they don’t need males to look after them. When it comes to taking over a corporation, dealing with the bad guys, and rescuing your beloved twin, these girls got each other’s back.

What about Kalabog and Bosyo? Darna and Ding? Buddy and Sol? Tell us who your favorite pairs are, and why. – Rappler.com 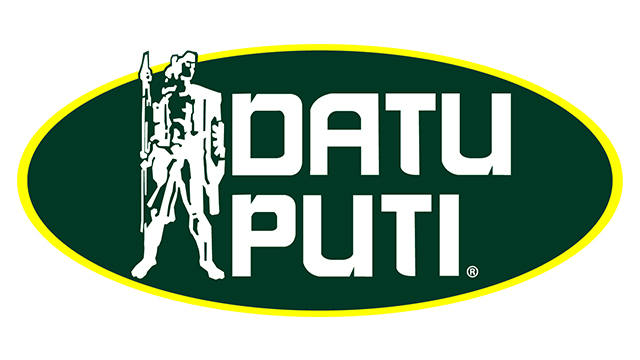 Datu Puti has become synonymous to quality and superior, delicious sourness, making Datu Puti the #1 vinegar brand in the country. It has established itself as a megabrand of condiments with the addition of Datu Puti Soy Sauce, Datu Puti Fish Sauce, Datu Puti Oysterrific Oyster Sauce, Datu Puti BBQrrific Barbecue Marinade, and Datu Puti Adobo Series. Beloved by generations of Filipinos, Datu Puti is a trusted household name and an indispensable partner in creating  great-tasting dishes for the family.