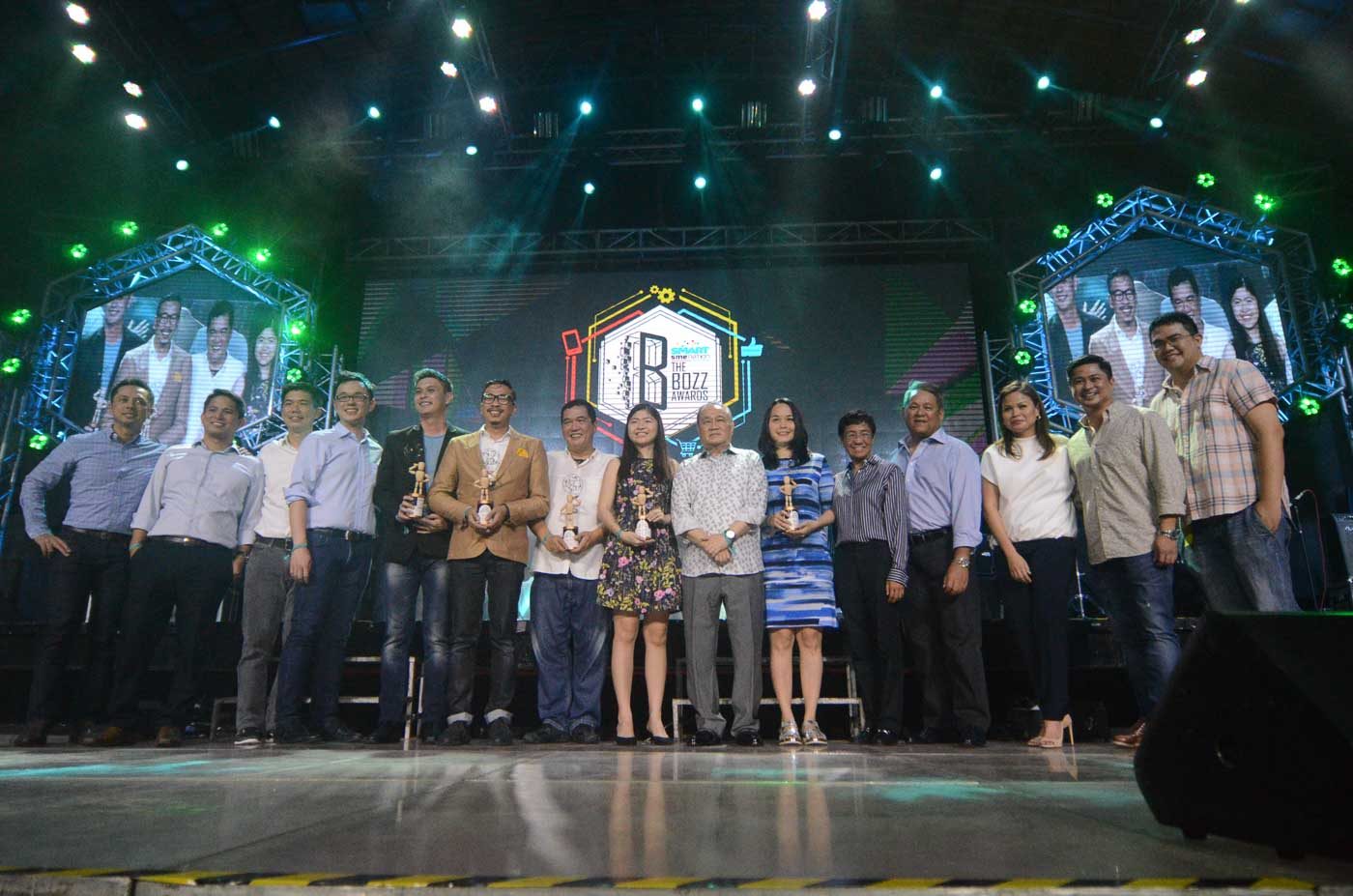 MANILA, Philippines – Technology has changed everything, including the ways that entrepreneurs address common problems through savvy and progressive business ventures.

Rappler, in partnership with Smart SME Nation, launched the very first #BeTheBoss Awards as a new kind of initiative – it’s a social media crowd-sourced search that aims to recognize next generation entrepreneurs at the forefront of the digital shift.

Over 500 nominations came in from across the country. Public voting came down to 15 strong finalists, each with a case for victory. In the end, five entrepreneurs were awarded as new Bosses on #BeTheBoss Awards night on Wednesday, October 28, at the Palace Pool Club in Bonifacio Global City. The night opened with words from PLDT First Vice President and Head of PLDT SME Nation Kat Luna-Abelarde, who defined what it means to be a business leader today.

“What defines a boss?” she asked, “He or she is a game changer. A visionary. Someone driven by passion and the grit to get things done.” She adds, “It is now easier to become a boss because of a modern day miracle; a miracle that we call technology.”

Maria Ressa, a proponent of combining traditional journalism ethics in online content as the CEO of Rappler, echoed these sentiments.

“[Technology] has changed everything,” she said, “I’m a traditional journalist but look at what [Rappler has] been able to do with social media, with technology.”

Ressa also touched on the importance of small to medium enterprises (SMEs) to a country’s growth.

“Nearly 90% of growth in our country is going to be driven not just by the giants but by each of us working on our own together.” Boss for Mobile Readiness Carlo Calimon, who delivered his acceptance speech through a recorded video, highlighted what the award means for the future of his business.

“This [award] gives MobKard the opportunity to pitch and at the same time find opportunities in the country. So hopefully everything goes well.”

Jason Magbanua, the Boss for Social Media, says that technology allowed him to share his work and his vision with the world. Boss for Customer Service Chino Atilano was hopeful about what the awards means for the future of other businesses.

“The way I see it, all the finalists are winners.” He says, “So hopefully this is the start of the revolution in the Philippines for more entrepreneurs to pursue their dreams.” Kristine Reyes-Lopez, whose socially forward enterprise won her the Boss for Social Responsibility award, declared her award as a victory for everyone.

She says, “This [award] is mine as much as it is my team’s and the kids’. Of course, [Rags2Riches] and Bambike, this is yours too.” The prizes for the winners included a mobile phone, a tablet and a laptop. In a surprise twist, hosts Markki Stroem and CJ Hirro announced that all the finalists and winners would receive an all-expense paid trip to Silicon Valley in California. The trip will include office tours of some of the world’s leading tech companies like Google and Twitter.

The night was filled with food, drinks, speeches, performances and even a few games and raffles. The night ended with an electric set that had the venue singing their hearts out by none other than Ely Buendia. Watch the full event video and read the live blog to find out more about what took place at the first #BeTheBoss Awards night. – Rappler.com