The evolution of gaming: Meet the new player 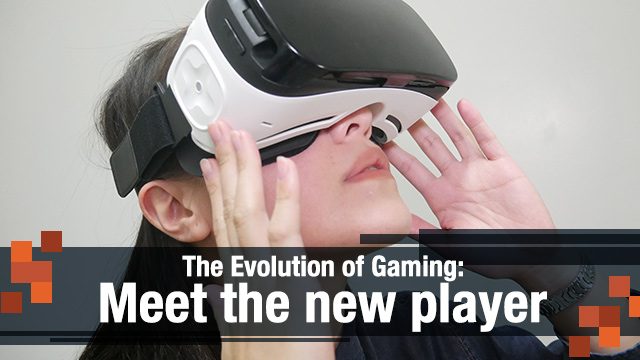 MANILA, Philippines – Video games have always given us a way out of this world for a few hours.

As technology evolves, gadgets and concepts of gaming have also changed to provide an improved and more immersive experience.

Back in the day, computer games, joysticks, arcades, and gaming consoles like the Atari, PlayStation 1, and the Game Boy were the craze. The game of choice was Space Invaders, Pac Man, Donkey Kong, or Tetris.

Today, gaming has reached a whole new level of awesome.

Say goodbye to fitting one shape with another. You can now kill zombies, brave war zones and dance like no one’s watching. There are games that let you connect and interact with other players online and earn coins or gems to buy upgrades.

You can play games on laptops, in consoles such as the Wii, Xbox 360, PlayStation 4, and even on your smartphone and tablet. The modern gaming experience has become more exciting, thrilling, and accessible.

The virtual reality (VR) experience is now available to those who want to feel like they’re part of the game with the Oculus Rift. It can take you deep into the woods to see dinosaurs so close that you feel like they’re right in front of you. In a flash, you can be transported into a massive theater and witness the Cirque De Soleil performing exclusively for you.

If the avid gamers of the 80s and 90s could time travel to the present, their jaws would probably drop at the sheer variety of games that today’s generation can enjoy.

What was the gaming experience like before, and how does it continue to evolve through the years? 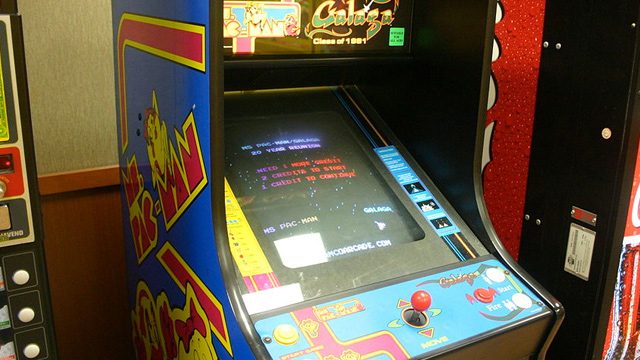 What was your favorite arcade game?

Arcades were the go-to place for both kids and adults to spend some quality time or try out new games out in the market. There’s just something about being surrounded by other kids who get excited with flashing lights, beating scores, and earning tickets kids can exchange for a special prize.

Though arcades can still be found in malls, playing video games at home or on phones have taken over. Going to the arcade is has become just another weekend activity, but it’s not as big of a craze as it used to be years ago. 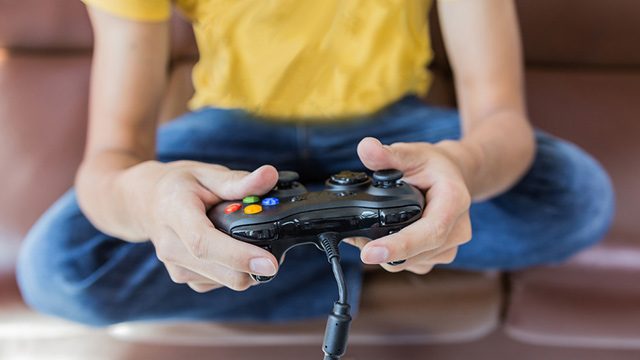 Remember when you had to pop in a game cartridge on your Sega or Nintendo? How about saving games on your PlayStation 1 or 2 using memory cards?

For 90s kids, gaming consoles have always been the best gift idea for Christmas or birthdays. But if kids back then would see what consoles look like today, they’d probably flip out.

The latest iterations of game consoles have given up wires. They now come with sensors so you can play games while moving your whole body. Today’s generation of console fans can wield controllers on each hand to fire a gun, throw a grenade, or make music with a virtual band. Sometimes the controller is even optional and you can just rely on body movement to enjoy a virtual dance showdown. Before these PC games entered the market, consoles were king. From pixelated games to full HD resolution, computer games have definitely grown to something more. Apart from the visuals, concepts, and multiplayer first-shooter format, computers games were the first to let players connect online and form a team even with those from the other side of the world.

The competitive atmosphere of computer games are so addictive that it has that led to the birth of gaming leagues with a large following. 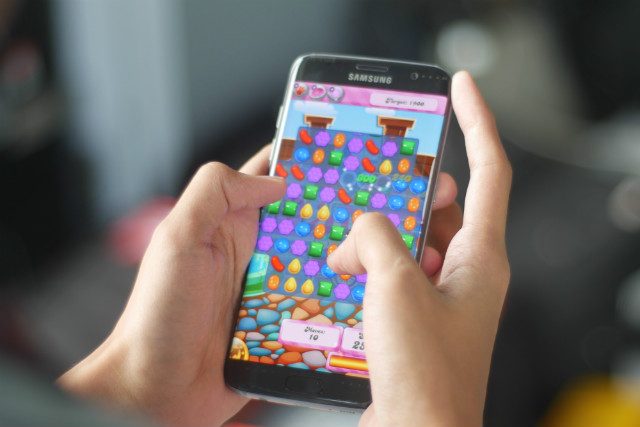 Before Clash of Clans and Candy Crush, there was a game called Snake, and everyone was obsessed about it. People got very competitive about it, asking each other what their highest level reached was, the longest snake you were able to make, or how quick you were able to turn on corners.

Today, there are so many apps and games that we can download on our phones or tablets. Their graphics and user experience can be as thrilling as playing on consoles or a computer. On mobile, it gets even better because we can take the game with us anytime and anywhere, and not to mention play as many games as we want online or offline.

Finally, there’s the new and improved technology of VR. That device that you only used to see actors wear on TV is now readily available in the market. All you need is your smartphone and its compatible VR gear to give you a 360-degree view of your games and even get up close and personal with other characters in the game.

On VR, the game feels so real that you’d want to reach out your arms as if there was something right in front of you. It really does change the game and gives you more of an experience than a past time. On some level, it beats playing computer games or video games.

It doesn’t need to cost you more than your paycheck. There are mobile plans available that can make this into a reality.

Today’s gamer generation is much more spoilt for choice than avid gamers back then. The gaming industry will only get better and better as technology continues to evolve. What comes next is something everyone should watch out for. – Rappler.com

Visit the nearest Smart Store or smrt.ph/galaxys7 for more details.

​Image of arcade game from Wikipedia. Images of console controller and computer games from Shutterstock