Facebook Twitter Copy URL
Copied
How do you turn a local retail store into a global brand? The CEO of the company behind Penshoppe shares his story

MANILA, Philippines – Did you know that Penshoppe, the hip clothing brand known for bringing in celebrity endorsers such as Gigi Hadid, Kendall Jenner, and Sean O’ Pry, didn’t earn profit in its first 10 years of business?

“It’s important for a lot of people to realize that for every success story that you hear, there will always be more under the veil,” said Bernie Liu, Chairman and CEO of Golden ABC Inc. “Penshoppe was not widely accepted back then.”

Liu has certainly come a long way from being an architecture student selling t-shirts in his hometown Cebu. Today, he is the big boss of a retail chain with over 700 stores. As fitting with its international roster of endorsers, Penshoppe now has brick and mortar stores in Indonesia, Vietnam, Cambodia, Bahrain, UAE and Saudi Arabia.

During an exclusive learning session with some finalists of the 2015 #BeTheBoss awards, Liu candidly shared how he was equally proud of his mistakes as his achievements. He asserted that without failure, his company wouldn’t be what it is today.

The story of how Liu turned letdowns to achievements can be an inspiration for other up-and-coming entrepreneurs.

Liu and his friends came up with the idea to design and sell t-shirts in the mid 80’s. Even then, he already had high ambitions for the brand.

Penshoppe never stopped innovating and adapting to the changing trends. Through the years, Liu persevered, revised tactics, improved product lines, and stayed committed to his business idea. He also sought the right people. By sheer hard work, Liu and his team managed to stay relevant in the industry and expand to the international markets.

“All businesses start with one person. That is a stage that not a lot of people transcend from because of the fear of teaching or sharing certain trade secrets,” Liu said. “They stay as entrepreneurs and are owner-centric. They manage everything on their own. A lot of businesses get stuck there because they fail to move to the next level.”

‘Take every lesson as it is’

In the business world, big ideas are not enough. Anyone with enough capital and courage to start a venture can do so, but he will have his fair share of challenges: How can you get the attention of your target market? What can you do that others already haven’t done, to make your idea standout?

To succeed, entrepreneurs must learn how to innovate. They must make use of whatever resources they have and learn from mistakes – fast.

From failures, a business develops its character. “All the pains that came with establishing ourselves as an internationally-recognized fashion brand gave us the opportunity to become better people,” Liu said. “[During] the first ten years… we probably closed as many stores as we opened. We’ve lost a lot of good people. But every lesson, we take it as it is.” 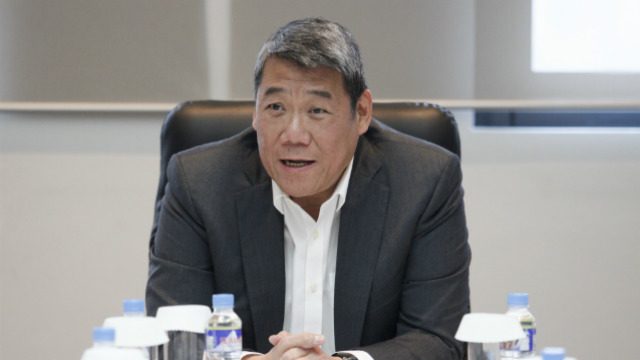 Today, startups can and would make the same mistakes as Liu did, but now they can use technology to get off the ground faster – to research on market trends, see examples of what’s relevant, and even launch an online business with a few clicks. All they need is a strong Internet connection and a computer. A single social post, advertising a product or service, can already reach hundreds, thousands and eventually, millions of customers who are frequently online.

Liu’s parting advice to aspiring entrepreneurs is to be optimistic and to make the most of what they have today. “Dreaming big is not wrong. You have to dream big, but you also have to work at it to make it happen.” he said. – Rappler.com