Sep 11, 2016 6:54 AM PHT
Krista Garcia
Facebook Twitter Copy URL
Copied
The Sexy Chef, Sky Eye Inc., Holy Carabao, and Pedro Brewcrafters emerged as winners after getting top marks from the panel of judges and most votes from the public 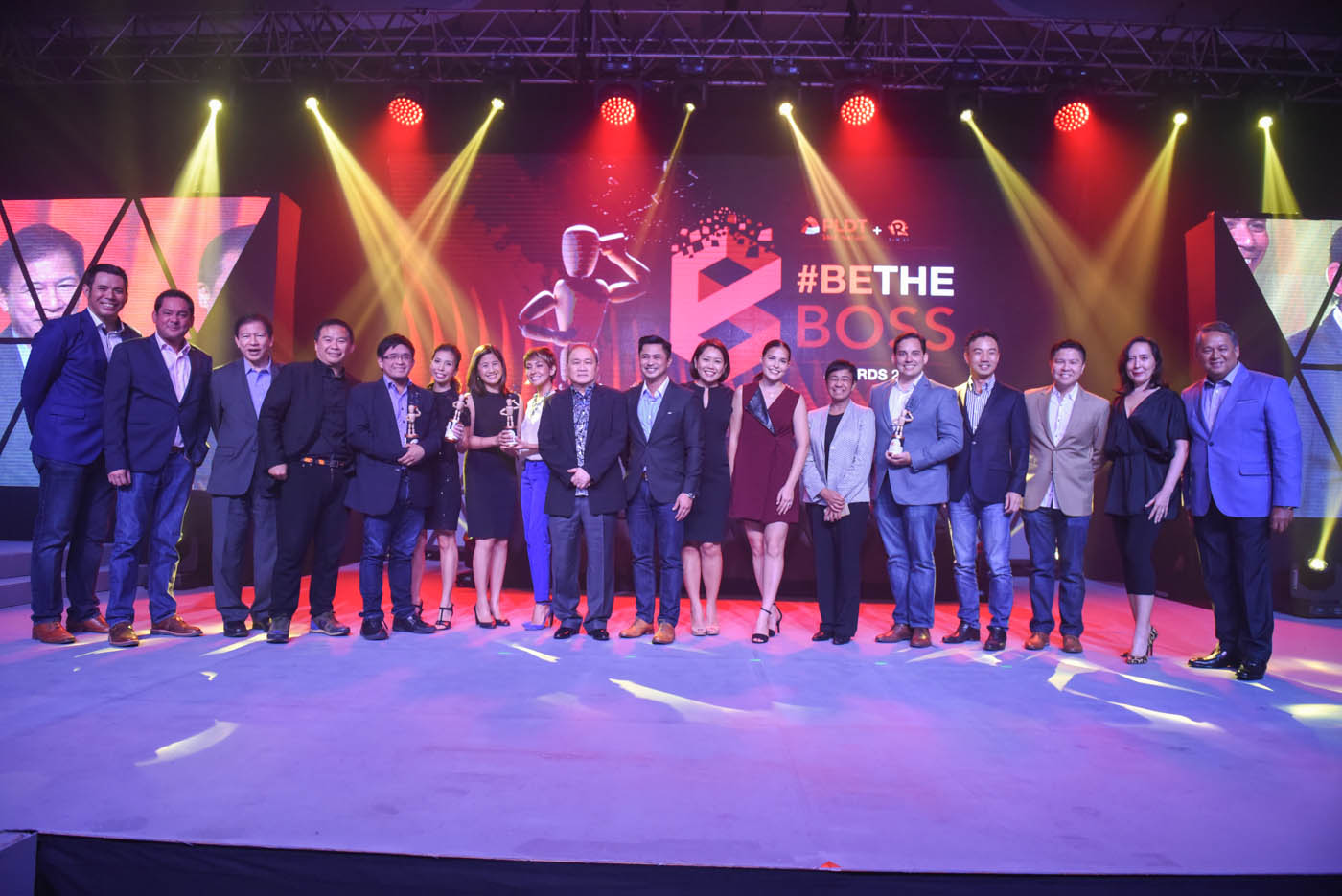 MANILA, Philippines – What will it take for a local business to succeed? Taking it from this year’s winners at the #BeTheBoss Awards, it’s a mix of passion and digital expertise.

Now on its second year, #BeTheBoss is the first social media crowdsourcing search for a new generation of entrepreneurs who are harnessing digital tools to grow their businesses.

From over 600 nominations, 12 entries were selected by a panel of judges made up of successful entrepreneurs and representatives from PLDT and Rappler. The finalists garnered over 24,000 votes within the month of August. The 4 winners were determined by combining the finalists’ panel score with the weighed equivalent of their public vote tally.

Bosses for E-commerce Rachel Alejandro and Barni Rennebeck created a lucrative business out of their simple desire to make healthy eating more convenient for everyone. They maximized the Internet marketplace to promote their various diet plans, grow their client base, and make placing and tracking meal orders easy for their clients. 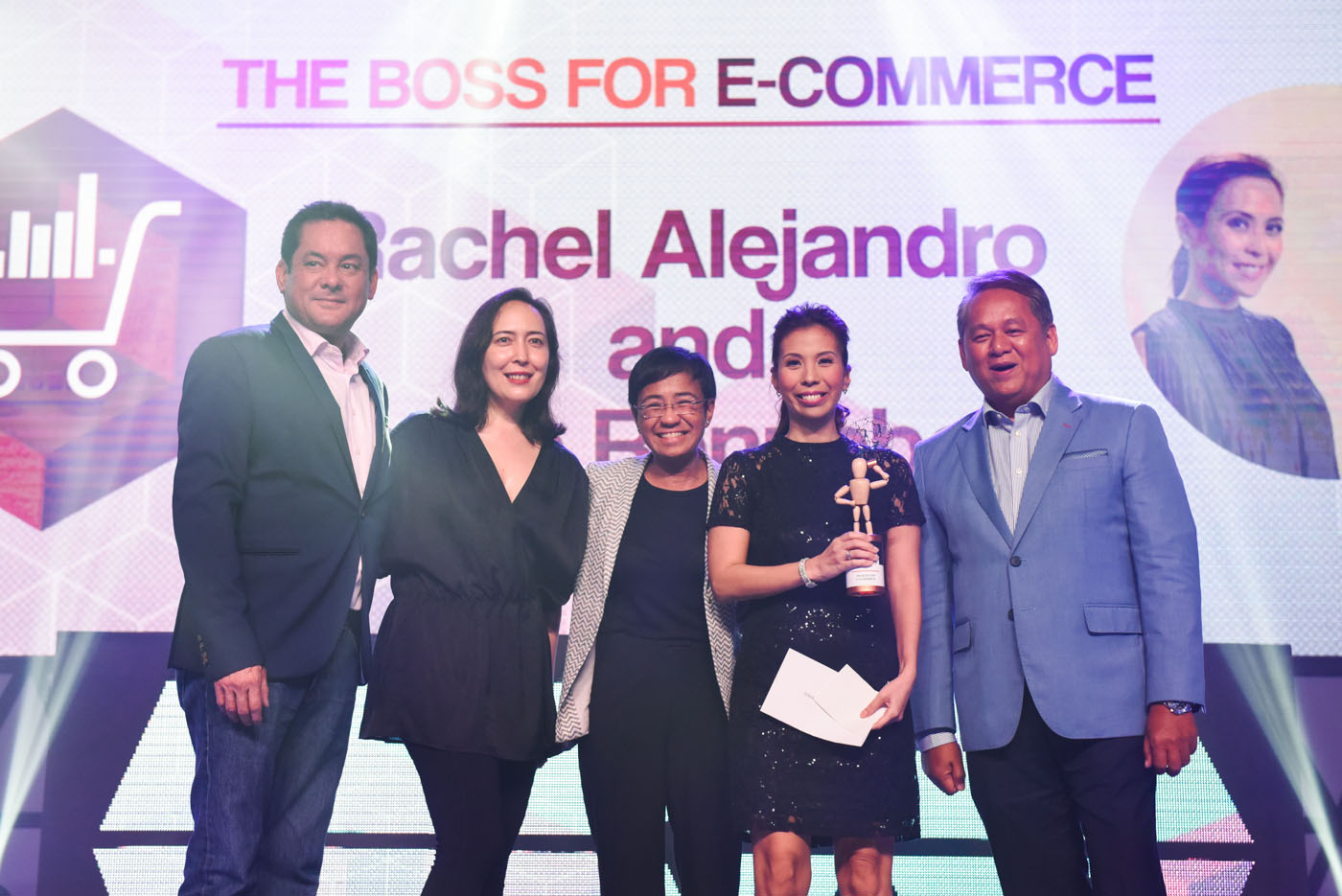 “For the past 12 years, we’ve been helping our clients lose weight the healthy way,” said Barni. Rachel added: “We invested in the website many years ago, but 3 years ago we finally invested in an e-commerce website. And that made it a lot, lot easier for people to order because now, they can just be on their phone, they can point at the meals that they want, and they’re done,”

Matthew Cua has already received several local and international accolades for his work with Sky Eye Inc, which builds custom aerial drones to produce satellite images for property developers and NGOs. Still, the #BeTheBoss recognition is special for him. “We’re scientists and engineers, so we’ve been using technology to solve the problems faster, better, cheaper. Technology has allowed us to become more efficient in delivering our services to our clients,” Matthew said. 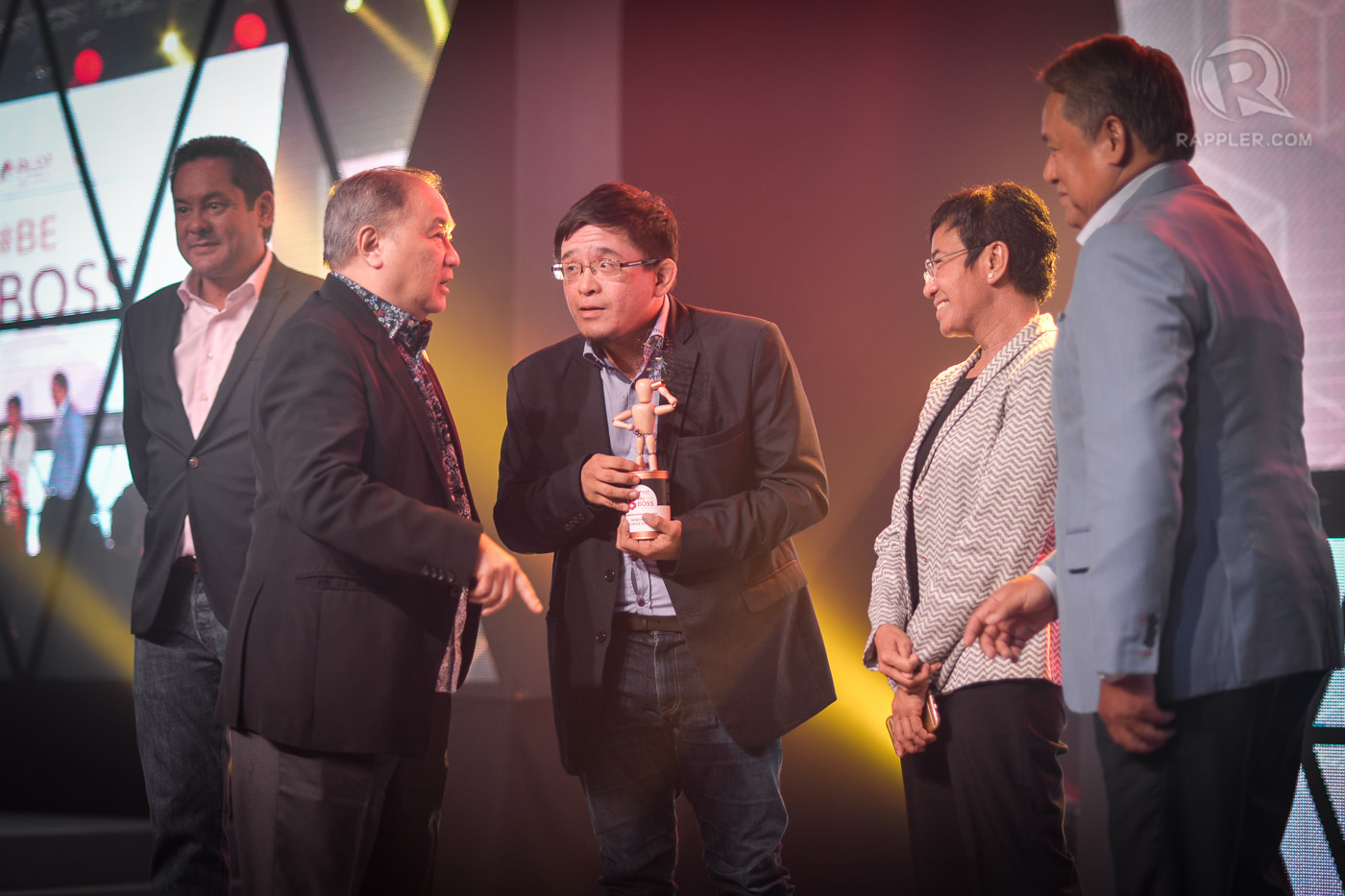 Holy Carabao’s founders Melanie Go and Hindy Weber were recognized as the Bosses for Social Responsibility. Through their farm to table venutre, the two aim to educate children and families about holistic and regenerative agriculture, and work towards improving the lives of the farmers they work with. Their “back to basics” philosophy is of course not possible without technology, which they rely on to stay connected, to acquire the right information, and to keep the whole enterprise running smoothly. 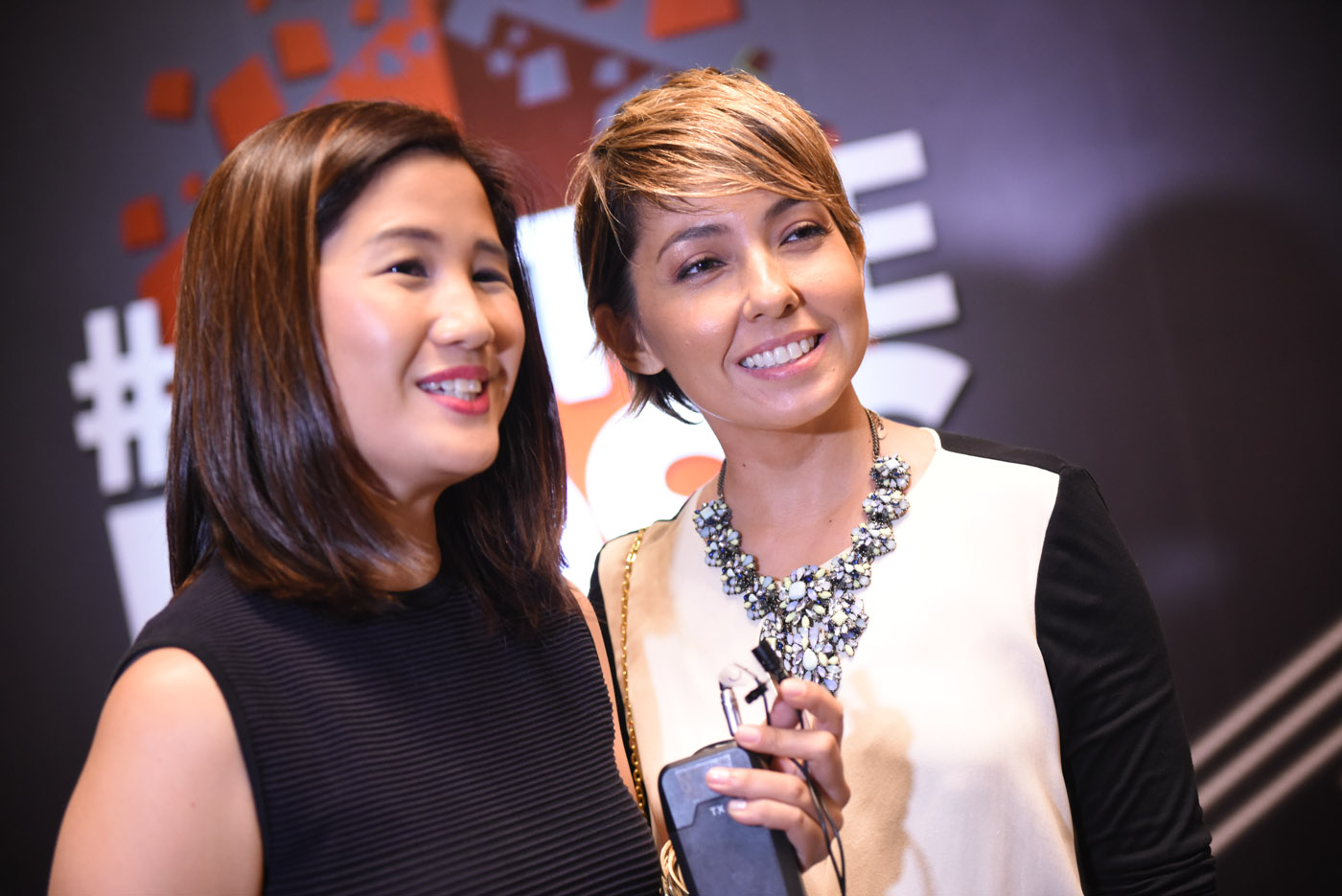 “It came from the simple desire of a mother to bring home trustworthy food to her children, and ever since it’s grown much bigger than that,” said Hindy. “We use a lot of what’s available, which is social media, and internally, we get the best technology there is to make our operations really seamless,” Melannie addded.

Taking home the Boss for Social Media award is the trio behind Pedro Brewcrafters: Jill Borja, Nadine Fanlo, and Jamie Fanlo. Through their fun and relatable online presence, the company is changing the image of craft beer from something intimidating and “for special occasions only” into something enjoyable and accessible. 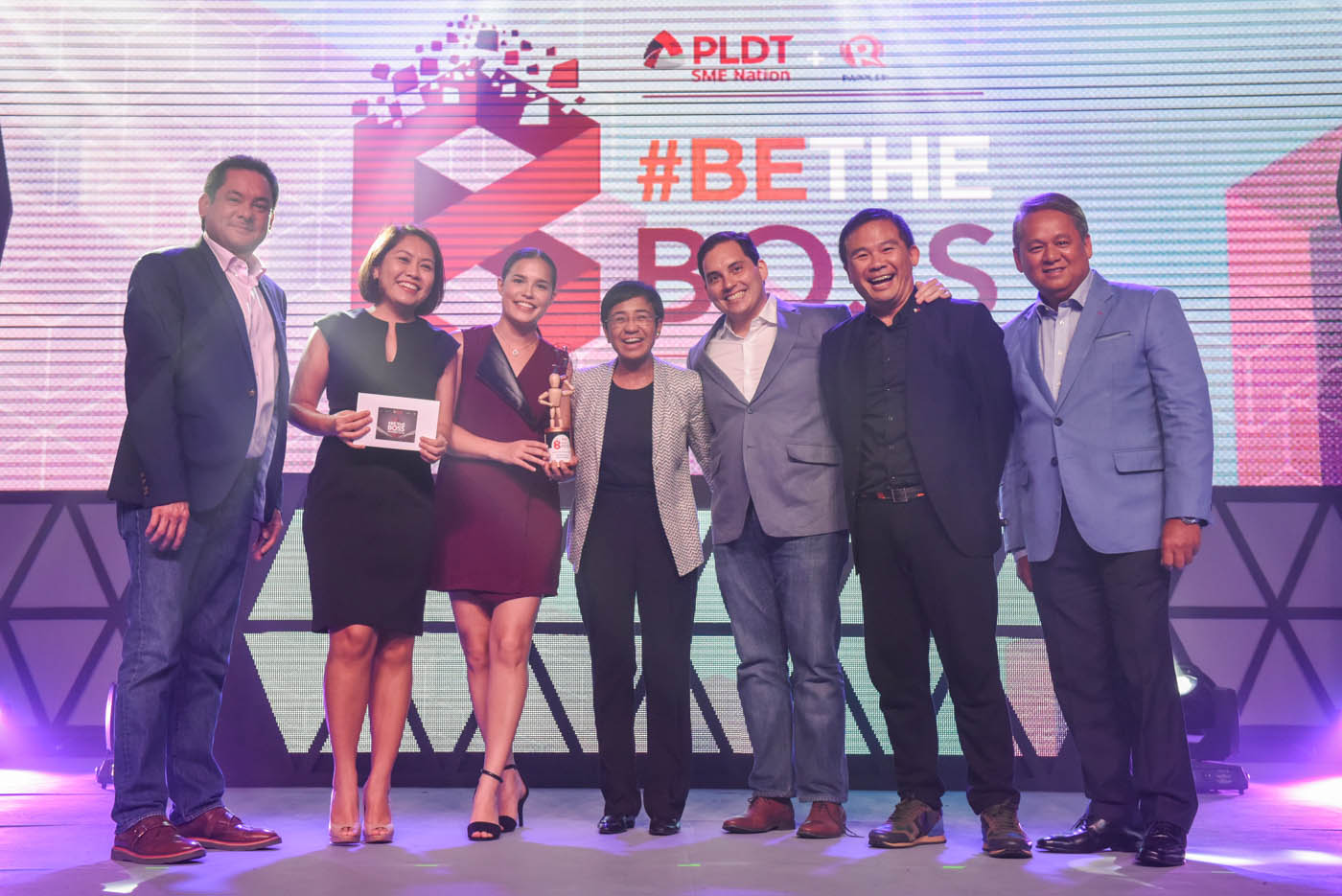 “People have been brewing beer for over 400 years. In the Philippines, the appreciation for craft beer is something very new. Social media and technology gives us scale. It is through that that we connect with our customers, we can share our processes and how we make our stuff, and the excitement we feel about brewing craft beer,” Jaime said.

The 4 winners received a business package that included a Samsung S7 Edge that’s activated with a Smart Boss Plan for one year. They will also get to go on a learning tour to Silicon Valley courtesy of Smart PLDT SME Nation.

The future of digital business

99% of registered businesses in the Philippines are micro, small, or medium enterprises. The growth and sustainability of these small businesses – and the entrepreneurs behind them – will depend on their access to digital tools such as the Internet, mobile devices, and cloud services.

“We do [these awards] to encourage the next generation of Filipino enterpeneurs… to emphasize the role of technology in how we do our business in today’s world,” said Mitch Locsin, Vice President and Head of PLDT SME Nation.

The festive mood of #BeTheBoss was amped up with sets from CRWN and World Hip Hop International 2016 Megacrew’s champions, UPeepz. The night was capped off with a performance by Curtis Smith and Ransom Collective. Watch the full program below. – Rappler.com