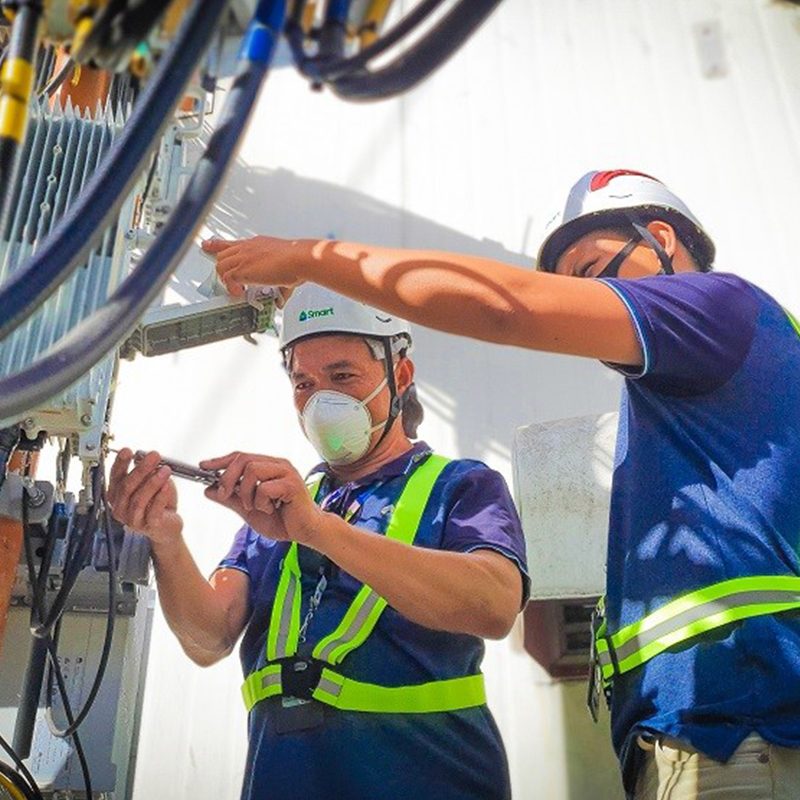 Facebook Twitter Copy URL
Copied
PLDT got a Speed Score of 27.28, while Smart hit 24.99 in the second half of 2020, a boost from the previous period

[Editor’s note: PLDT and Smart Communications have been recognized by Ookla for providing the fastest download and upload speeds in the country again. Ookla runs Speedtest, the web service that tests an internet connection’s speed and performance. The telco companies credit their sustained network investments for their improved services. Below is their press release.]

As the demand for data rises in the new normal, the Philippines’s largest integrated telco PLDT and its wireless subsidiary Smart Communications, Inc. (Smart) have once again emerged ahead of competition in the second half of 2020, according to Ookla, the global leader in internet testing and analysis.

PLDT and Smart have been named anew as the country’s fastest fixed and mobile internet networks based on analysis by Ookla of tests taken with Speedtest® covering the second half of 2020.

“Over half a billion users rely on Speedtest to measure their internet performance every year. Ookla analyzes these test results to get an unparalleled view into mobile and fixed broadband metrics around the world. It is our pleasure to recognize PLDT and Smart as the Fastest Fixed and Mobile Networks in the Philippines based on our rigorous analysis. This award is a testament to PLDT and Smart’s exceptional performance, as experienced by their own customers, in Q3 and Q4,” said Doug Suttles, CEO at Ookla.

“These awards bear witness to the impact of the company’s sustained network investments over the past years, enabling us to provide our customers with the best data experience, despite the challenges of the pandemic,” said Mario G. Tamayo, Head of Technology at PLDT-Smart.

In Quezon City, Smart posted Download Speeds of 32.69 Mbps, double that of the competing network. This reflects the continuous network upgrade and expansion activities that Smart undertook in the city, including the deployment of LTE-Advanced and carrier aggregation.

For mobile, Speed Score incorporates a measure of each provider’s download and upload speed to rank network speed performance. Tests used to calculate Speed Score exclusively come from devices with ‘Modern Chipsets’, which are devices capable of connecting to the market’s fastest, generally available technology.

For fixed, Ookla assesses the fastest network speeds attained across a given network, accounting for tests that are taken on various Speedtest applications that connect to a fixed network, including tests taken on mobile phones over a Wi-Fi connection. Each top carrier accounts for at least 3% of the sample size in the geographic area.

To sustain this level of performance, PLDT and Smart are continuously investing in the expansion of their fixed and wireless networks across the country.

PLDT recently announced that it was prepared to invest between P88 billion and P92 billion in capital expenditures this year.

Forming a large part of these expenditures are PLDT and Smart’s nationwide expansion of their fixed and wireless networks to elevate the country’s telecommunications industry and deliver world-class services.

Smart increased the number of its base stations to over 59,000 at the end of 2020 and as well as rolled out additional 5G sites as it accelerates its 5G commercial services nationwide.

The PLDT Group’s investments in capital expenditures totaled P260 billion from 2015 to 2019. – Rappler.com