'For law and order in troubled times:' Guevarra declines 'last' chance for SC

'Laban lang': How an ABS-CBN teleserye writer is coping with the network shutdown

Visiting the Aeta: A day in Zambales with the Ford Ranger

The Ford Ranger is built tough. In the hands of a social entrepreneur, it’s also built to help communities

BUILT TOUGH. The Ford Ranger stands atop the rough terrain of Zambales. All photos by Karen De La Fuente and Angelo Mendoza

ZAMBALES, Philippines – Raf Dionisio lives what he calls a “lifestyle on the move.” The kind that picturesque #wanderlust posts on Instagram are made of.

“[In a year] I probably spend less than 100 days in Manila,” Raf said. “Although I am legally and technically based in Manila, I just pass through a lot. Either I’m in Zambales, Aurora, La Union, Bulacan, Cebu, or Davao.”

The 29 year-old is a social entrepreneur and social tourism advocate. On top of managing a chain of hostels and being a partner for a global backpacking community, he also travels across miles of volcanic ash in Zambales to help indigenous communities in the remote areas.

On one of his trips to the Aeta villages, we joined Raf as he drove across the lahar-covered riverbeds in the region. During the bumpy ride, he tested whether the new Ford Ranger truly lived up to its ‘tough’ billing.

Built to reach out

REACHING OUT. Raf Dionisio delivers sacks of ube to Aeta people. The villagers will plant and grow the ube to use for food and to sell in local markets

Soon after sunrise on a Thursday morning, Raf packed 15 sacks of purple yams (ube) into the back of the pick-up. Each sack weighed between 10 to 25 kgs.

Raf is headed to Liwliwa, Zambales to accomplish two goals: first, to deliver the sacks of ube to several Aeta communities so they can grow them for food and sell them at local markets, and second, to educate the people on the long-term benefits of rehabilitating the rainforests that surround their communities.

Things for the Aeta weren’t always so dire. But when Mount Pinatubo erupted in 1991, the explosion covered the land in lahar, which is hot to the touch when the sun is out and turns muddy when it rains. What used to be a fertile land for agriculture and poultry was instantly destroyed. Many Aeta farmers lost their livelihood.

It also made travel difficult for the locals. Most 4-wheel vehicles aren’t equipped to cross the lahar-covered riverbeds. The common travel options are walking or riding a carabao, which can take up to half a day depending on the weather.

The first community Raf visited was Sitio Yangil. The village of 37 Aeta families grows crops which thrive in the loose lahar soil, such as taro, sweet potato, and more recently, rice.

After unloading the delivery, Raf showed the locals a presentation about rainforest building.

Erise De La Cruz, Sitio Yangil’s chieftain, is grateful for Raf’s efforts. “With the rainy season looming, we’re hoping to have more crops to plant that will grow quickly,” he said in Filipino. “We’re very thankful for the ube that Raf has delivered for us to plant.”

A TIME TO LEARN. Raf Dionisio gives a talk to the Sitio Yangil about the benefits of building the rainforest

Roughly a 20-minute drive from Yangil is Cabuyao. This sitio consists of 26 families living on 7,500 sqm of land. Like the Aetas of Yangil, Cabuyao’s residents also grow and sell their own food such as bananas, green beans, winged beans, and of course, the ube that Raf delivers.

After harvest season, the Aetas would usually travel 3 km on foot to reach the town proper, rain or shine, to peddle their crops in the market.

“One of the first requests I asked from Raf was to help us buy our own carabao and cart,” Pantone said in Filipino. “The women in our tribe can ride it into town with their crops so they don’t have to carry them. Also, when we have emergencies like sick children or when the women get pregnant, we can take them to the hospital ourselves.”

GETTING WET. The routes to the Aeta villages can change unexpectedly depending on the weather

Reaching the Aeta villages of Zambales is no walk in the park. The lahar-laden landscapes, filled with many bumps, climbs, and drops, separate the villages from the paved roads of town. A trip to one of these communities takes roughly 4 hours on a carabao-led cart.

Typically, Raf’s visits to these communities can take up to 2 or 3 days. The Ford Ranger Wildtrak, with its 4x4 drivetrain, rear lock differential, high ground clearance, and superb water wading capability carried Raf and his hundreds of kilos of ube with ease. By noon, Raf had already made his rounds through Yangil and Cabuyao, as well as Banawen.

“Handling the vehicle for the first time, I was a bit wary,” Raf admitted. “Getting to the first village, I was driving quite slow because I wasn’t sure if the vehicle could handle rough terrain, all the ups and downs in it, and then the sand keeps shifting.”

MAKING THE CLIMB. Raf Dionisio puts the Ford Ranger to the test.

“Then through the water it’s another thing, and all the mud, but it handled really well. It felt like a sturdy machine and that’s why on the trip back I went kind of fast.”

For Raf’s trips to these villages, having a vehicle equipped for the task is crucial.

“I was actually really pleased with how the Ford Ranger handled itself. It didn’t get buried in the sand, for one. It was very cool inside so I didn’t feel the heat. It’s very fast - that’s a nice part, and it also has a very stable ride.”

Lessons behind the wheel

CRUISING. Raf Dionisio spends an average of 20 hours a week behind the wheel

Raf’s community outreach and on-the-go lifestyle have exposed him to all kinds of trails and experiences. On and off the road, he has learned a lot of lessons.

“It’s very humbling to be on the road because some of the distances I’ve travelled are so far,” he says. “Let’s say I travel to Aurora [from Manila] on my own. I’m kind of pushing my human stamina to its limit by driving 4, 5, 6 hours straight. You develop a very high sense of respect for distances - it can be very sobering and humbling.”

For Raf, the challenges that he faces behind the wheel are worth the outcome – the chance to go where few can head; to give help where it is needed most.

“When you see that [the villagers’] lives are improved and when you have their trust and gratefulness, it's really rewarding,” he said. – Rappler.com 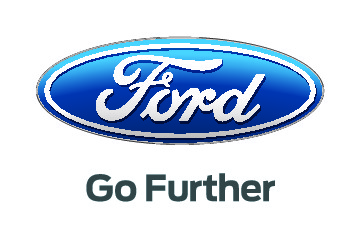 Great vehicles are great for drivers everywhere, and that’s the foundation of our business’s strength.