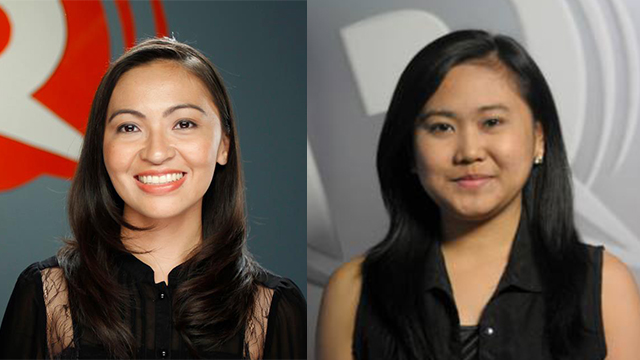 Multimedia reporters Ayee Macaraig and Buena Bernal were chosen to be part of a team of global journalists to cover the IACC, the world’s largest anti-corruption conference to be held in Putrajaya, Malaysia, from September 2 to 4.

Composed of journalists from Southeast Asia and the rest of the world, the Young Journalists (YJ) will get access to some of the most influential people in the anti-corruption field in civil society, business, and government.

Macaraig covers politics, governance, and world affairs for Rappler while Bernal is a labor reporter who also reports on the judiciary.

The YJ Initiative provides young journalists the opportunity to hone their skills, to enhance their knowledge of anti-corruption policies and politics, and to get involved with the global anti-corruption community.

The Berlin-based Transparency International organizes the IACC, bringing together 1,000 anti-corruption fighters from more than 130 countries under the theme “Ending Impunity: People. Integrity. Action.” The event is held every two years in a different region of the world.

Beyond the conference, the YJ team will get the chance to write monthly blogs and articles for the IACC website, and to engage with their local Transparency International chapters.

The young journalists also work on collective investigations like “SPOILED: Corruption from Farm to Table,” which uncovers the stories of people whose lives are affected by corruption in the food chain.

“A strong alliance between the media and civil society organizations boosts the watchdog functions of both for the public good, and keeps accountability and transparency high on the world’s agenda,” said Transparency International. – Rappler.com