Winners of the 28th CCP Independent Film and Video named 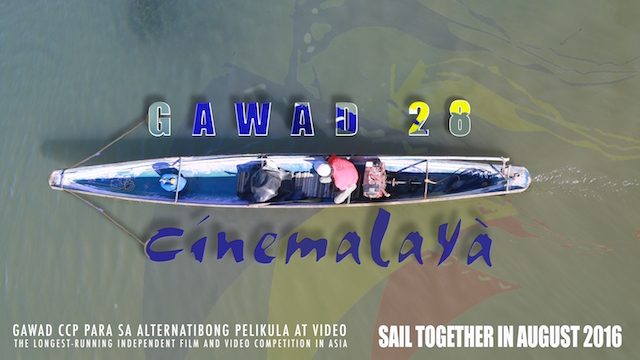 MANILA, Philippines – The Cultural Center of the Philippines named the winners of the 28th Gawad CCP Para Sa Alternatibong Pelikula At Video (Gawad Alternatibo) in awarding ceremonies on August 9, 2016 at the CCP Tanghalang Manuel Conde.

This year’s competition was held on August 6-9 as part of the 12th Cinemalaya Philippine Independent Film Festival.

This year’s awardees are the following:

UWIAN NA
By Joanne Cesario
(University of the Philippines – Diliman)

The Gawad Alternatibo is considered the longest-running independent film competition of its kind in the ASEAN/Asian region. Since 1987, Gawad Alternatibo annually cites the best efforts of Pinoy filmmakers in four categories – Animation, Experimental, Documentary and Short Feature.

Winners each receive a cash prize, as well as certificate.  Aside from the main awards, special citations are given out to the best work from the regions, as well as works on/for/by children.  Many of today’s outstanding filmmakers and media practitioners are alumni of Gawad Alternatibo. – Rappler.com