‘Conjugal Dictatorship’ to be relaunched in time for EDSA anniversary 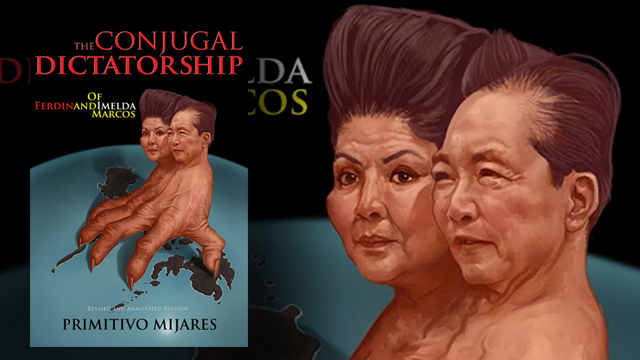 This is a press release from Conjugal Dictatorship Media

MANILA, Philippines — In anticipation of the 31st anniversary of the EDSA People Power Revolution, the Mijares heirs, the Bantayog ng Mga Bayani, and the Ateneo de Manila University Press will launch the new edition of The Conjugal Dictatorship of Ferdinand and Imelda Marcos by Primitivo Mijares. The book launch will be held on Tuesday, February 21, 4-7 pm at the Yuchengco Auditorium, Bantayog ng Mga Bayani, Bantayog Road, Diliman, Quezon City.

An account of the Martial Law regime written by Marcos’ chief propagandist, The Conjugal Dictatorship of Ferdinand and Imelda Marcos is considered one of the most authoritative accounts of the early days of Ferdinand and Imelda Marcos’ rule. Mijares paid dearly after its publication in 1975; he went into exile in the United States for fear of reprisals from the Marcoses, before disappearing shortly afterwards.

The new edition features annotations with updated information, a new foreword by human rights lawyer and former Senator Rene Saguisag, and a preface by Joseph Christopher “JC” Mijares-Gurango, grandson of Primitivo Mijares. The surreptitious burial of Ferdinand Marcos Sr. at the Libingan ng Mga Bayani on November 2016 prompted him to have his grandfather’s book republished.

“I was disgusted by how one of the darkest chapters in our country’s history — and those who died fighting the dictatorship — could be whitewashed so shamelessly,” he said.

The launch will feature several guest speakers representing the next-generation kin of those who opposed the Marcos dictatorship. These include Miriam Lacaba, daughter of the late poet and activist Emmanuel “Emman” Lacaba, Jo-Ed Tirol, a History professor at the Ateneo de Manila University who developed a curriculum for martial law history that can be cascaded to schools, Maria Serena Diokno, former chair of the National Historical Commission of the Philippines (NHCP) and daughter of the late senator and prominent Marcos critic Jose Diokno, and her nephew, writer and filmmaker Pepe Diokno.

“We want to show everyone that you didn’t have to be alive then for you to fight against historical revisionism. Some of the people my grandfather wrote about in his book are survived by their children and grandchildren. And we will ensure that their memory lives on.”

The new 812-page edition of The Conjugal Dictatorship of Ferdinand and Imelda Marcos will retail at P650 for paperback and P1,000 for hardcover, and will be available soon in all leading physical and online bookstores.

Considered as one of the most authoritative accounts of the early years of Ferdinand and Imelda Marcos’ martial law rule in the Philippines, The Conjugal Dictatorship of Ferdinand and Imelda Marcos was written by Primitivo Mijares, former chief propagandist of the Marcos dictatorship who defected in 1975. The book offers a behind-the-scenes look at the personalities and circumstances involved in the creation of one of the most corrupt and tyrannical dictatorships in modern history. Unlike other books about the era, this book was written by a true insider who took no steps to “sugar-coat” the details, even those which resulted in his self-incrimination. For writing the book, Mijares went on a self-exile to the United States where he testified against Marcos in a United States House committee hearing. He disappeared without a trace shortly afterwards.

The book has undergone two printings: in 1976 and in 1986. Both editions were published by Union Square Publishers. Since then, however, the book has been out of print. With the recent resurgence of the Marcoses in the Philippine political scene and the historical revisionism they spread, the heirs of Mijares, led by grandson Joseph Christopher “JC” Mijares-Gurango, have decided to publish a new, revised, and updated edition of the book. 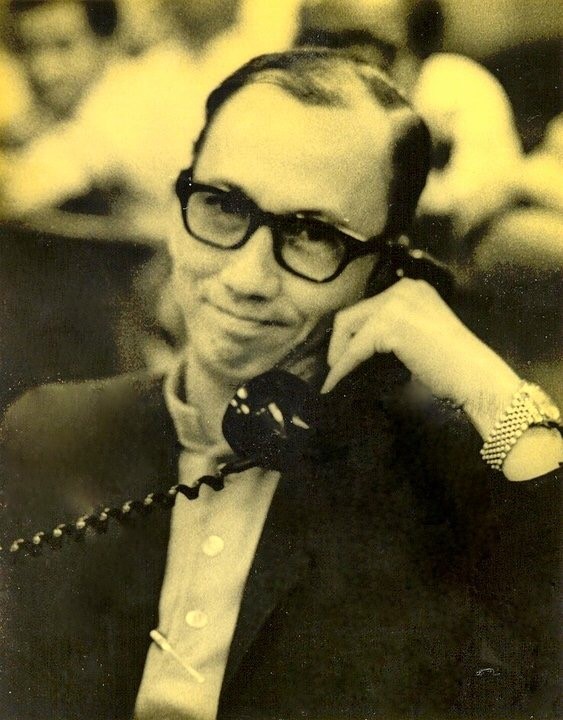 Primitivo “Tibo” Mijares was Ferdinand Marcos’ prized “media czar” and chief propagandist until his defection in 1975. Orphaned at a young age after his parents’ murder by the Japanese during World War II, Tibo became the youngest editor of the now-defunct Baguio Midland Courier in 1950. A year later, he moved to the Manila Chronicle where he covered all the major beats while pursuing law studies at the Lyceum of the Philippines, graduating in 1960. He passed the bar in the same year.

In 1972, Tibo moved to the Marcos-controlled Daily Express and assumed the presidency of the National Press Club of the Philippines and the chairmanship of the Media Advisory Council, effectively becoming — in his own words — “the sole conduit between the military government and the practicing media.” In 1975, Tibo defected from the Marcoses and exiled himself to the United States. He knew too much and so informed a Congressional committee in the United States in June 1975. Despite Marcos’ efforts to stop its publication, The Conjugal Dictatorship was published in 1976. A year after the publication of the book, Tibo attempted to return to the Philippines and was never heard from again. He was declared legally dead years later.

He is survived by his wife, children, and grandchildren. Tibo’s youngest son, Luis Manuel “Boyet” Mijares, was abducted, tortured, and later found dead in 1977, as a result of the publication of The Conjugal Dictatorship. He was 16 years old. – Rappler.com