Nov 13, 2017 7:57 PM PHT
Paterno Esmaquel II
Facebook Twitter Copy URL
Copied
This is the biggest milestone for the past 15 years in crafting a Code of Conduct in the disputed South China Sea 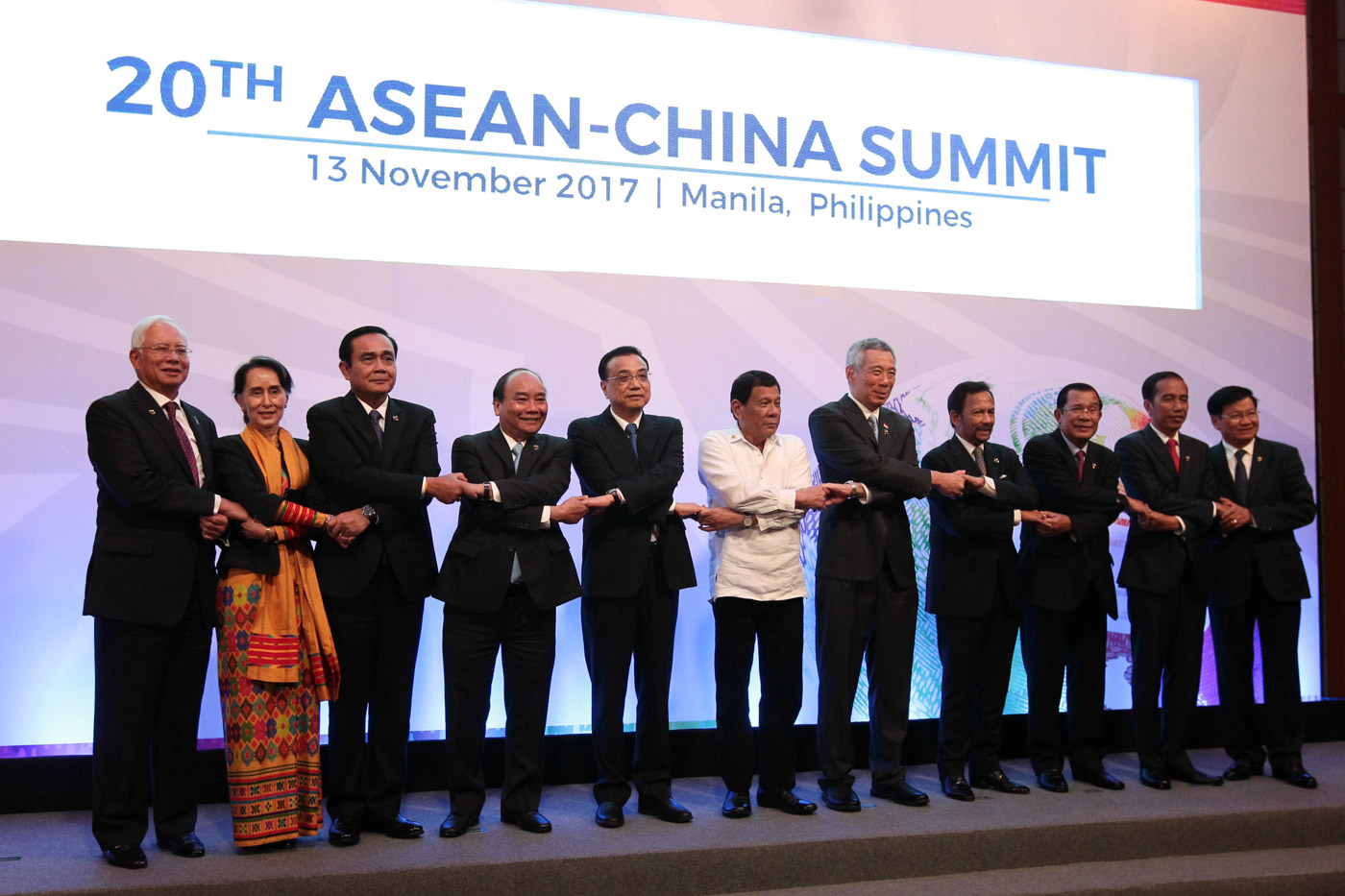 MANILA, Philippines – Leaders of the Association of Southeast Asian Nations (ASEAN) and China agreed to start talks on a Code of Conduct in the South China Sea, the Philippine Department of Foreign Affairs (DFA) said Monday evening, November 13.

This is ASEAN and China’s biggest milestone for the past 15 years in crafting a Code of Conduct in the South China Sea.

“Leaders of ASEAN and China leaders have agreed to start talks on the Code of Conduct based on the framework approved by the foreign ministers in August,” DFA spokesman Robespierre Bolivar said in a statement Monday.

“The Philippines will issue a Chairman’s Statement for the ASEAN-China Summit to reflect this fact,” Bolivar added.

This comes after the ASEAN-China Summit on Monday, as part of the 31st ASEAN Summit and Related Summits hosted by the Philippines this year.

In a draft statement for the ASEAN-China Summit, both parties vowed not to take the “calmer” situation in the South China Sea “for granted.”

“While the situation is calmer now, we cannot take the current progress for granted,” said the draft ASEAN Common Statement on ASEAN-China Dialogue Relations for the 20th ASEAN-China Summit on Monday.

The two parties said it “is important that we cooperate to maintain peace, stability, freedom of navigation in and overflight above the SCS, in accordance with international law,” including the 1982 United Nations Convention on the Law of the Sea (UNCLOS).

“It is in our collective interest to avoid miscalculations that could lead to escalation of tensions,” the draft statement said.

“We therefore reiterate our commitment to fully and effectively implement the Declaration on the Conduct of Parties in the SCS (DOC) in its entirety,” it added.

The COC is a document to ensure peace and stability in the South China Sea, building on the non-legally binding DOC.

Before the Duterte administration, the COC was expected to be a legally binding document, but now the Philippines is wary about having a “legally binding” COC.