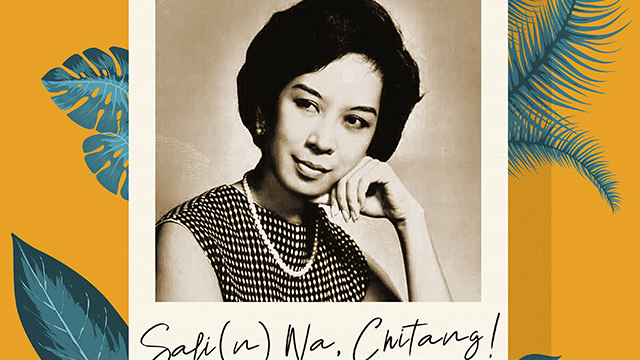 The following is a press release from Komisyon sa Wikang Filipino.

The youth is encouraged to discover and translate to Filipino the outstanding works of Carmen Guerrero in “Nakpil in Sali(n) Na, Chitang!” – a translation contest of the Komisyon sa Wikang Filipino (KWF) in observance of National Literature Month this April.

Carmen Guerrero Nakpil (1922–2018), also known as Ka Chitang, is one of the leading writers and historians of the Philippines after the Second World War. She served as chair of the National Historical Commission from 1967–1971.

She is known for her description for Philippine history being 300 years in a convent, 50 in America’s Hollywood.

The contest is open to students 12–17 years old. Students, who will be translating to Filipino, may get to choose between Nakpil’s A Question of Identity and Where’s the Patis? Deadline for entries is on April 6, 2019.

Buklugan Panitikan is this year’s theme for National Literature Month observed every April. The national celebration is headed by the NCCA, KWF, and other organizations. Visit the website for more details. – Rappler.com