This is a press release from Viddsee

The awards ceremony was held on September 29 at Pineapple Lab in Poblacion, Makati. The Gold winner is Tim Rone Villanueva for ‘Saint Nena!’, a satire about a patron saint statue that springs to life, and is commanded by God to bear the Messiah with Manuel, a heartbroken boy. Made while Tim was a student in De La Salle-College of Saint Benilde, the film has previously received numerous accolades, including Honourable Mention for Best Students’ Short Film at the California International Film Festival X Davis Chinese Film Festival, 2018; and Best Short Film (Student Category) at the CineFilipino Film Festival, 2018.

“In making this film, I wanted to tell the story of my hometown in Kawit, about God, religion and faith. Santa Nena! Is about human desires, and how it leads to chaos and how it has its own cunning ways to know our weakest spots,” said Tim. 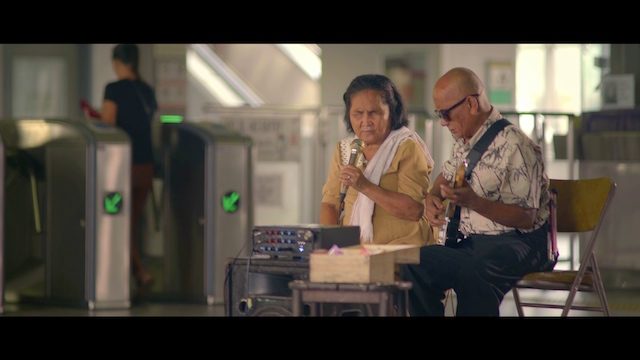 Phyllis Grae Grande was named the Silver winner for ‘If Not (Kun ‘Di Man)’, which revolves around two blind street singers who soon realise that their partnership goes beyond music.

“I had the idea for the film when I used to commute often, and would see these old people singing in the stations; ultimately the film is about love, and how it is something that can be found in so many places,” said Phyllis. 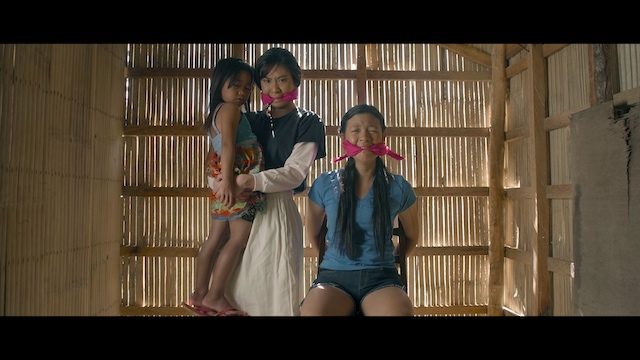 Lynn Ana Maria Lim also received a special mention for ‘The Sound of Silence’, a drama about a sex slave who tries to escape her captor. It was inspired by historical heroines Gabriela Silang, Melchora Aquino and Josefa Llanes Escoda.

The winners were picked by a jury comprising the Artistic Director for the Hawaii International Film Festival (HIFF), Anderson Le; established Filipino producer and film director Baby Ruth Villarama; and Lucky Kuswandi, one of Indonesia’s most exciting young directors.

All ten finalists received a 12-month Creative Cloud All Apps subscription from Adobe.

Aside from the main awards, the Audience Choice Award went to ‘The Pieces Of Gone Dreams’ by Cyrus Kim Balasabas. The winner was chosen following a public voting period from Sept 2-12.

In the run up to the awards ceremony, Viddsee held a 3-day program at Pineapple Lab, starting with the premiere of Viddsee Originals ‘Anak Dagat’, a short film from last year’s Gold winner Ruello Zendo; and ‘I Killed My Mother’ by Christian Rae Villanueva, who was last year’s Silver winner. Both films were made with the grant money that came with the awards, with ‘Anak Dagat’ made with additional PHP80,000 raised from fan-powered platform, VEE by Viddsee.

“These two films demonstrate how Viddsee and the Juree Awards can play a role in empowering filmmakers by raising their profile, and enabling them to tell the stories that are important,” said Nikki Loke, Viddsee’s Head of Content. “Seeing the quality of films from this year’s winners, we’re very excited for what Tim and Phyllis have in store for us.”

Also featured were a number of activities including talks on current topics such as developing personal brands, tips for freelance filmmakers, and an international perspectives about the rise of Asian filmmaking. Among the guest speakers during the event were filmmakers Mikhail Red (‘Eerie’), and Annika Yañez, a finalist from last year’s Juree Awards.

The annual Juree Awards initiative debuted in Indonesia in 2016, and expanded to include the Philippines in 2017, and Singapore in 2018. Find out more about the Juree Awards here.

The public can learn more about the Juree Indonesia Awards Program, as well as watch all nominated and other out-of-competition films for free here.

Citation by Jury: Tim Rone Villanueva’s socio-religious satire hits us with the power of a freight train controlled by John Waters. With a kaleidoscopic and very biting point of view, ‘Saint Nena!’ hits all the right marks in spoofing telenovelas and religiosity with the hormone-fueled zaniness of teen sex comedies to paint a hilarious, at times cringe-worthy, provocative take on cultural constraints.

Winning Film: ‘If Not (Kundiman)’

Citation by Jury: This is a genteel, heartwarming story of two people who are ignored by society, but are able to find each other through the mutual admiration and tradition of Filipino love songs. Love can find you in the tiny corners of society, no matter how invisible you are to the ever-changing and fast-paced life of Manila.

Film: ‘The Sound of Silence’

Citation by Jury: A film done at an ambitious scale, Lynn Ana Maria Lim’s film is impressive–from bucolic locations, costume design, production design, and direction–to produce a cogent story of female empowerment that is rooted in the violent history against women. It is an intergenerational tale that resonates even stronger today, as the new generation of womyn rise against the patriarchy to continue the fight for gender parity and justice.

Viddsee Juree Awards is an annual industry pick award celebrating best short films from Singapore, Indonesia and the Philippines. In each edition, the countries’ brightest talents and storytellers submit their films to a panel of international judges, who will then handpick the winning entries. Viddsee amplifies the out-of-competition entries and finalists to our audience communities. Juree is part of Viddsee’s commitment to grow a network of prestigious storytellers, to support local film communities, and to inspire a new generation of storytellers across Asia.

Viddsee is a leading video entertainment platform for short premium content. With over 1 billion views powered by data insights and a trusted community, we empower storytellers by enabling the creation of films and amplifying stories to targeted audiences. – Rappler.com