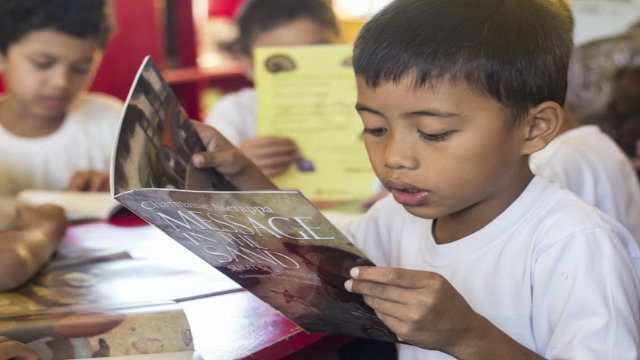 Facebook Twitter Copy URL
Copied
'It's our hope that one of the stories we publish, one of the artworks we show, or one of the ideas we share, would one day inspire a child to make the world a better place'

“Nadia and the Blue Stars” is a book about a little flower girl who helped her village rise from the ravages of war. A copy was given to a girl in Tacloban after Typhoon Yolanda hit the Philippines in November 2013. A year later, as another storm hit the city, this girl evacuated with her family with only one thing in her hands – her “Nadia and the Blue Stars.”

It is one of 19 children’s books published by Center for Art, New Ventures & Sustainable Development (CANVAS), a non-profit organization that has been helping less fortunate children through book donations to public schools, hospitals, and marginalized communities nationwide.

Founded in 2005, CANVAS works with artists and writers to promote children’s literacy, national identity, and public awareness of the environment, arts, and culture.

On their 10th year, CANVAS hopes to broaden its advocacy through their One Million Books for One Million Filipino Children Campaign.

According to Executive Director Gigo Alampay, 80,000 books have been distributed to children from Batanes to Zamboanga since 2013. They hope to reach 1 million in 5 to 7 years.

“It’s our hope that one of the stories we publish, one of the artworks we show, or one of the ideas we share, would one day inspire a child to make the world a better place,” Alampay said. 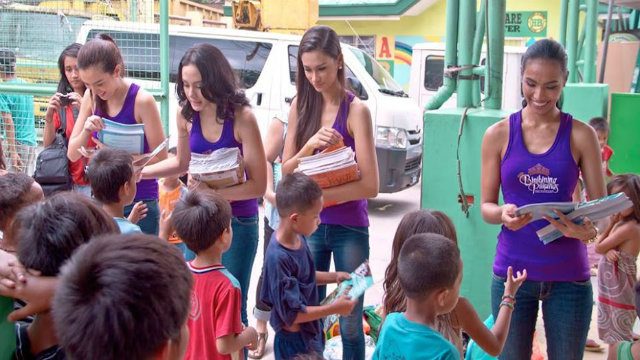 The 2015 report of the Philippine Statistics Authority (PSA) shows that even if 9 out of 10 Filipinos can read and write, only 86.4 % were functionally literate. This means that more than 12 million Filipinos have reading and writing skills, but are still inadequate for everyday needs. 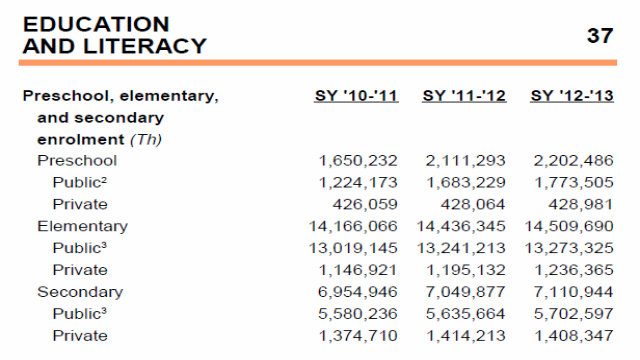 The same report shows that from 2010 to 2013, half of elementary school children do not continue on to secondary education.

By promoting the love of books to children, Alampay hopes to address these literacy issues.

“If kids love books at a young age, they will read all their lives, whether they’re in school or not. And I think, what they do with their lives will be enhanced by the fact that they love to read,” he said.

CANVAS annually holds their flagship program, the Romeo Forbes Children’s Story-writing Contest to get the best original stories for publication. CANVAS commissions a local Filipino artist to come up with an artwork, and writers are invited to create a story around it. The same artist will then bring the winning story to life with a full-color children’s book in English and Filipino.

“If you have a book that has colors and excellent artworks plus good stories, children will read it again and again. It’s a bonus that it also exposes them to art, to Philippine culture, and to the creative talent that’s around,” he added. A first of its kind, the competition has gained support from local writers and artists over the years.

Agay Llanera, author of Sol – A Legend About the Sun, commended CANVAS: “It’s not just profit for them, it’s also hand-in-hand with helping out other people and it’s always championing the Filipino artists.” 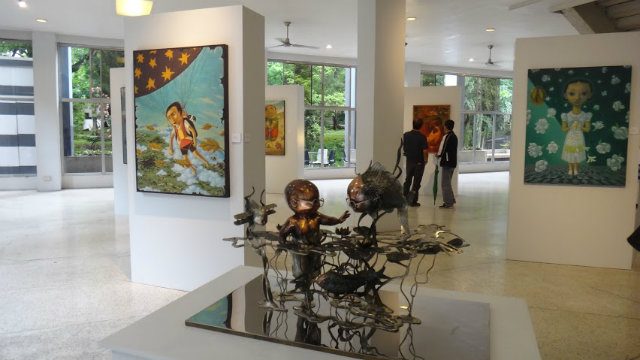 CANVAS also launched on July 10 the Looking for Juan Outdoor Banner Show – Only in the Philippines at the UP Vargas Museum. The annual exhibit encourages the use of art to reflect on the Filipino national identity. Alongside it is their 10th anniversary exhibit, The Next Chapter.

According to Palanca awardee Rhandee Garlitos, who translated “Nadia and the Blue Stars” and other CANVAS books to Filipino, the exhibit is a product of a 10-year partnership with many artists.
He added, “To be able to gather all this talent is really a feat by itself. The future of Philippine Art, Philippine Literature and Children’s Literature is very bright because of this.” CANVAS also opened an endowment fund solely for the purpose of donating a thousand books every year.
“We won’t stop with 1 million. It’s a way for us to create something that hopefully lasts,” Alampay said. – Rappler.com

For more information on CANVAS’ books and projects, visit www.canvas.ph or email info@canvas.ph or larissa@canvas.ph