Civil service exam to push through in March – CSC 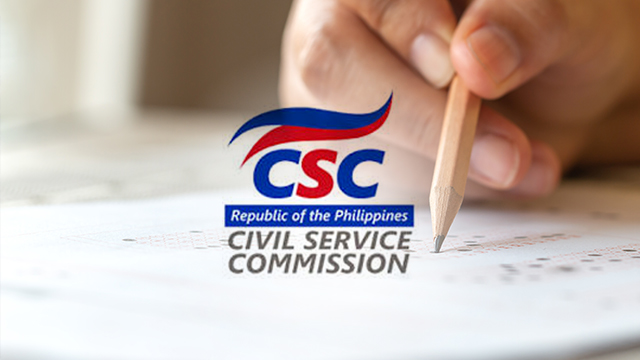 The following is a press release from the Civil Service Commission.

The Career Service Examination-Pen and Paper Test (CSE-PPT) scheduled on March 15, 2020 will push through in 66 testing centers nationwide. Examinees who exhibit flu-like symptoms on the day of exams are advised not to take the tests.

This was announced yesterday by the Civil Service Commission (CSC) as it cited precautionary measures that need to be undertaken amid the spread of the novel coronavirus acute respiratory disease or COVID-19, and in response to the Department of Health’s (DOH) recent recommendation for the cancellation of events that draw a huge number of attendees.

Examinees who wish to take the exam as scheduled on March 15 are advised to take self-protection measures prior to and on the day of the exam. As stated by the DOH, these include but are not limited to the following:

Precautionary measures will also be undertaken at the testing sites on the day of examinations.

Registered examinees who fall under these categories are advised not to take the career service tests:

They may be accommodated in the August 2020 career service exam schedule after due notice to the CSC regional office where they filed their applications.

Based on CSC’s data, an estimated total of 295,711 individuals nationwide registered for the said exam. Of the figure, an estimated 253,811 will take the Professional Level of exam while an estimated 41,900 will attempt to hurdle the Subprofessional Level. The regions with the most number of registered examinees are National Capital Region with 52,180 examinees, Region IV (Southern Tagalog) with 33,881, Region VI (Western Visayas) with 23,299, and Region IX (Zamboanga Peninsula) with 20,194. – Rappler.com