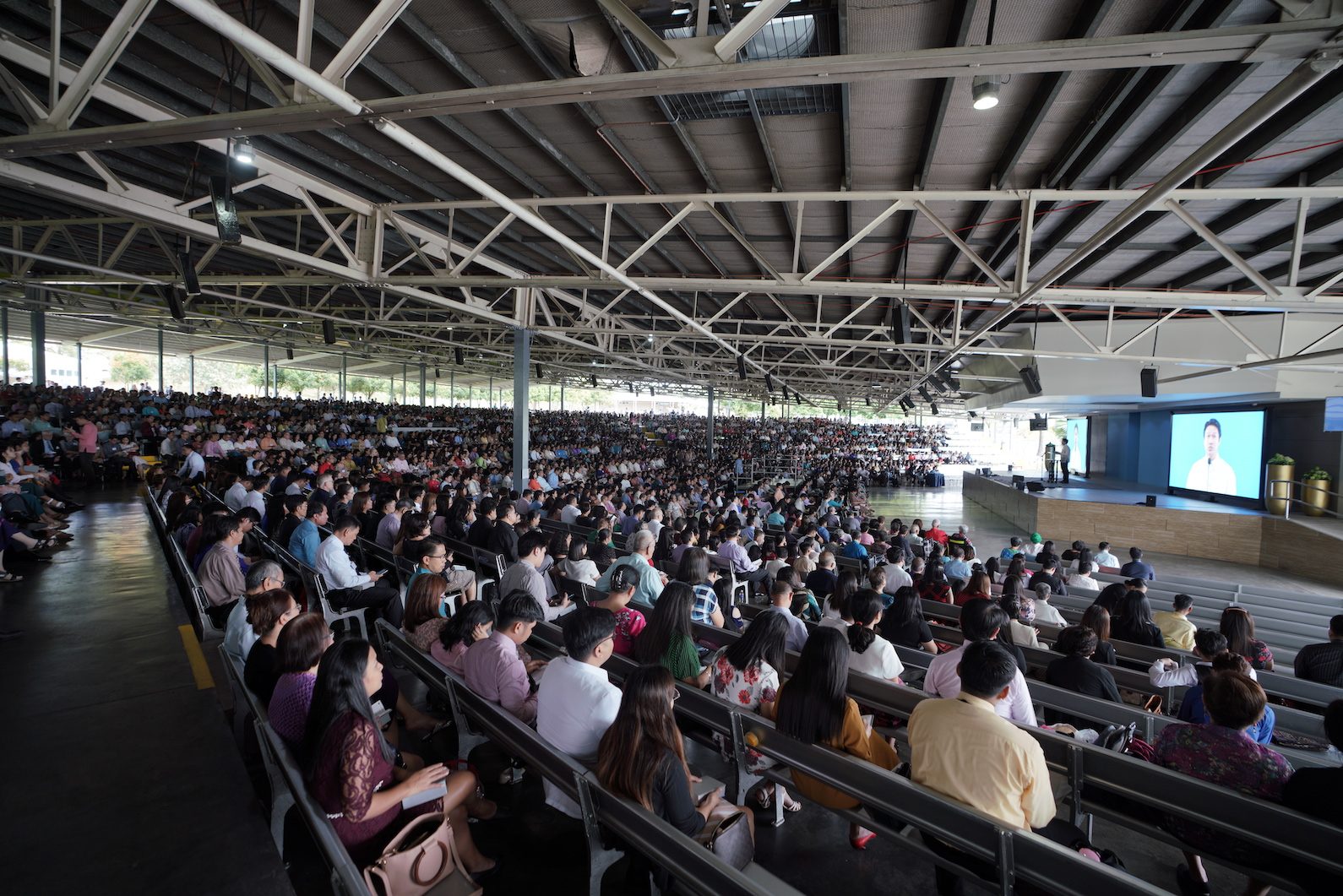 Convention of Jehovah’s Witnesses at their Metro Manila Assembly Hall in Quezon City.

This is a press release from the Jehovah’s Witnesses.

Nearly 6,000 in-person conventions of Jehovah’s Witnesses will be moved to a global online platform and will be available in more than 500 languages beginning this month.

The theme of the 2021 virtual convention is “Powerful by Faith!”, which will be delivered in more than 500 languages to households throughout the globe over six weekends during July and August 2021. The event will also be translated in at least 10 Philippine languages namely Tagalog, Bicol, Cebuano, Chavacano, Filipino Sign Language, Hiligaynon, Ibanag, Iloko, Pangasinan and Waray-Waray.

Amidst the pandemic, the largest convention organization in the world will hold its annual convention on a virtual format in keeping with health protocols and standards. In 2020, Jehovah’s Witnesses first cancelled their in-person conventions often held in major stadiums, arenas, convention centers, and theaters around the world due to COVID-19.

The continued risk of bringing thousands of people together in cities around the world prompted the international religious organization to opt for a virtual platform for the second consecutive year. However, the move has not curbed the enthusiasm for the annual event. Jehovah’s Witnesses around the world are inviting the public to join them in this historic occasion which is expected to gather up to 20 million people in 240 lands.

“Faith has helped our global brotherhood to continue to thrive even during a pandemic,” said Leynard Rodulfa, Philippines spokesman for Jehovah’s Witnesses. “Our faith will continue to unite us in worship – even virtually – as millions gather in private homes around the world to enjoy a powerful and inspiring spiritual program.”

The convention will be available for streaming or download in six installments beginning June 28. All are invited to attend the event by going to JW.ORG on the web or JW Broadcasting on the free JW Library iOS or Android App, or on streaming platforms like Apple TV, and others. The program is free and accessible to all.

In the Philippines, there are over 230,000 Witnesses nationwide who are participating in the streaming program. Apart from the annual convention, Jehovah’s Witnesses have also moved their weekly public meetings to video conferencing and streaming platforms.

Due to COVID-19, they have also shifted to alternative ways of preaching to the people through writing letters, telephone witnessing and conducting online Bible studies among others. They likewise continue to make the revised New World Translation available in Philippine languages and recently released it in the Bicol language in addition to Tagalog, Cebuano, Iloko, Waray-Waray, Hiligaynon, and Pangasinan.

There are close to 8.7 million active Witnesses worldwide. – Rappler.com