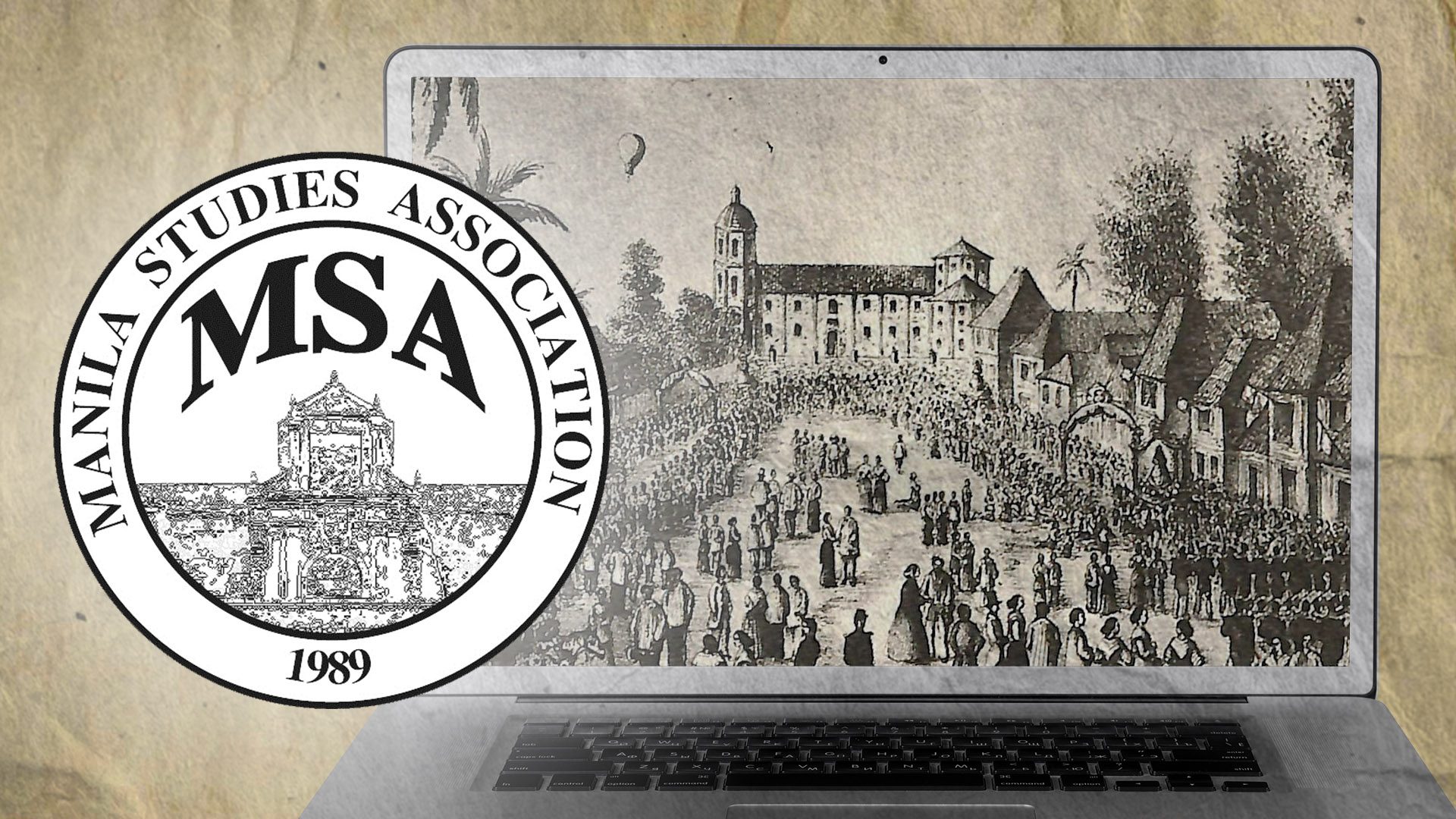 This is a press release from Manila Studies Association.

Due to the COVID-19 pandemic, the annual Manila Studies Association (MSA) conference will be held online this year through a three-part webinar in September.

The first part, tackling Manila’s built heritage, will be held on September 12 from 9 am to 12 noon.

Topics that will be discussed include “Where the tunnel may lead: Archaeological investigation of alcantarilla structures in Intramuros, Manila” by Taj Vitales of the National Museum of the Philippines; “Obliterating Post-1945 Manila: Built heritage issues in the past decade” by Edgar Allan Sembrano, research associate at the University of Santo Tomas Graduate School’s Center for Conservation of Cultural Property and Environment in the Tropics; and “Losing Locsin: Modern built heritage in danger” by Caryn Paredes-Santillan of the University of Santo Tomas.

Topics for the second part include “Tagalog concept of Catholic contemporary liturgical music” by Rodio Batayen of the Colegio de San Juan de Letran; “Gota de Leche: A drop of philanthropic history (1906-1922)” by the independent researcher Martin Gaerlan; and “The Pasig River and the fluvial processions to the Nuestra Señora de la Paz y Buen Viaje de Antipolo in the 17th and 18th centuries” by Mary Josefti Nito of the University of Asia and the Pacific.

Last day presentations are “Kung gusto, may paraan! Utilizing online resources in reconstructing the history of the Santo Tomas Internment Camp in Manila” by Marcelino Macapinlac Jr. of the De La Salle University-Manila and “Forgiving the unforgivable: Quirino and his granting of Executive Clemency to Japanese Prisoners of War” by Kinna Mae Kwan of the Philippine National Historical Society (PNHS).

The webinar series will be held via Zoom for free and streamed online via the PNHS Facebook page. Register for the webinar here.

The MSA was established in 1989. It is dedicated to studies on Manila, from history, architecture, archaeology, to the arts, and everything in between.

The webinar series is co-sponsored by the PNHS and the National Commission for Culture and the Arts. – Rappler.com

Digital is the new pop: What to expect in DigiCon POP 2021