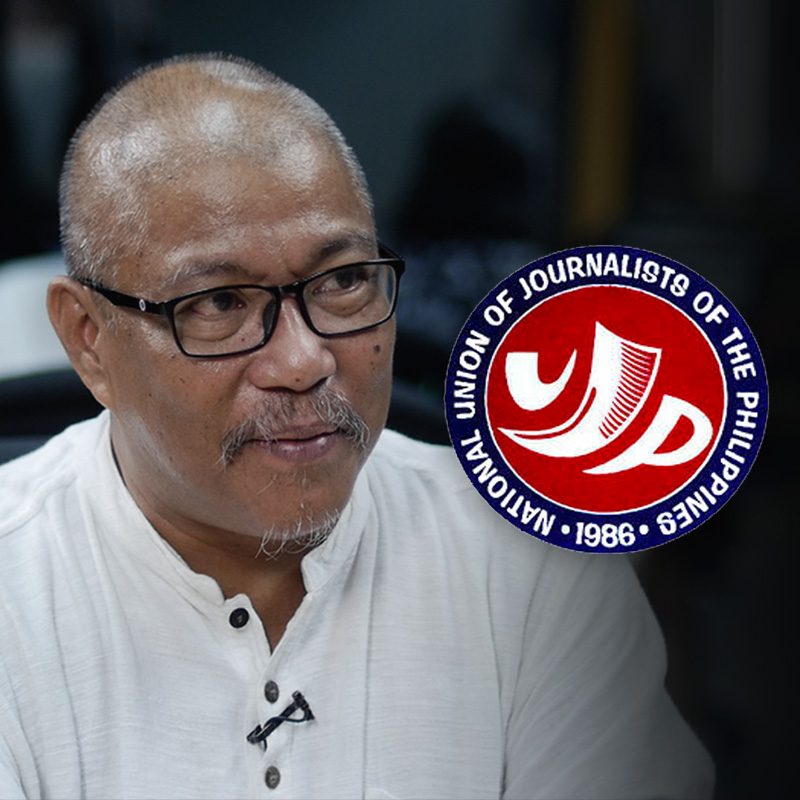 Facebook Twitter Copy URL
Copied
PRESS RELEASE: The National Union of Journalists of the Philippines says this is the best way to honor its late former chairperson, Nonoy Espina

This is a press release from the National Union of Journalists of the Philippines.

As Filipino journalists all over the country mourn the passing of fellow newsman Nonoy Espina, his family informed the National Union of Journalists of the Philippines (NUJP) on Thursday, July 8, that they wish to channel all “abuloy” or donations for his funeral to a health and welfare fund for journalists and media workers.

“We know so many colleagues live under precarious economic conditions, with no tenure and often, with little social benefits,” Nonoy’s sister, veteran journalist Inday Espina-Varona, said in a Facebook post.

The pandemic has further exposed the economic vulnerabilities of journalists and media workers, with many unable to afford medical treatment when they get sick.

“But let us let Nonoy spark us into doing the practical. Ambag-ambag tayo para sa kapatirang mamamahayag (Let us all contribute to help our fellow journalists),” she added.

The NUJP Board of Directors warmly accepted the Espina family’s offer, knowing that Nonoy would have wished that too. He had always been caring and compassionate with fellow media workers, especially those struggling in the communities.

In fact, when NUJP organized a fundraiser in June, Nonoy did not want it to be for him alone, saying that other colleagues are also in need.

The NUJP on Friday, July 8, formally announced the Nonoy Espina Emergency Fund for Media Workers in honor of its former chairperson.

(This is a good way to honor Chairman Nonoy and to continue his legacy of caring and fighting for the welfare of his fellow media workers.)

“Kahit minsan parang tayo-tayo na lang ang nagtutulungan, malaking bagay pa rin na kaya at handa tayong gawin ito para sa isa’t-isa (Though sometimes it may seem that journalists are on their own, it is still matters that we are ready to help one another),” he added.

NUJP will announce the guidelines for the fund in the coming days.

The donations can be sent through the following: