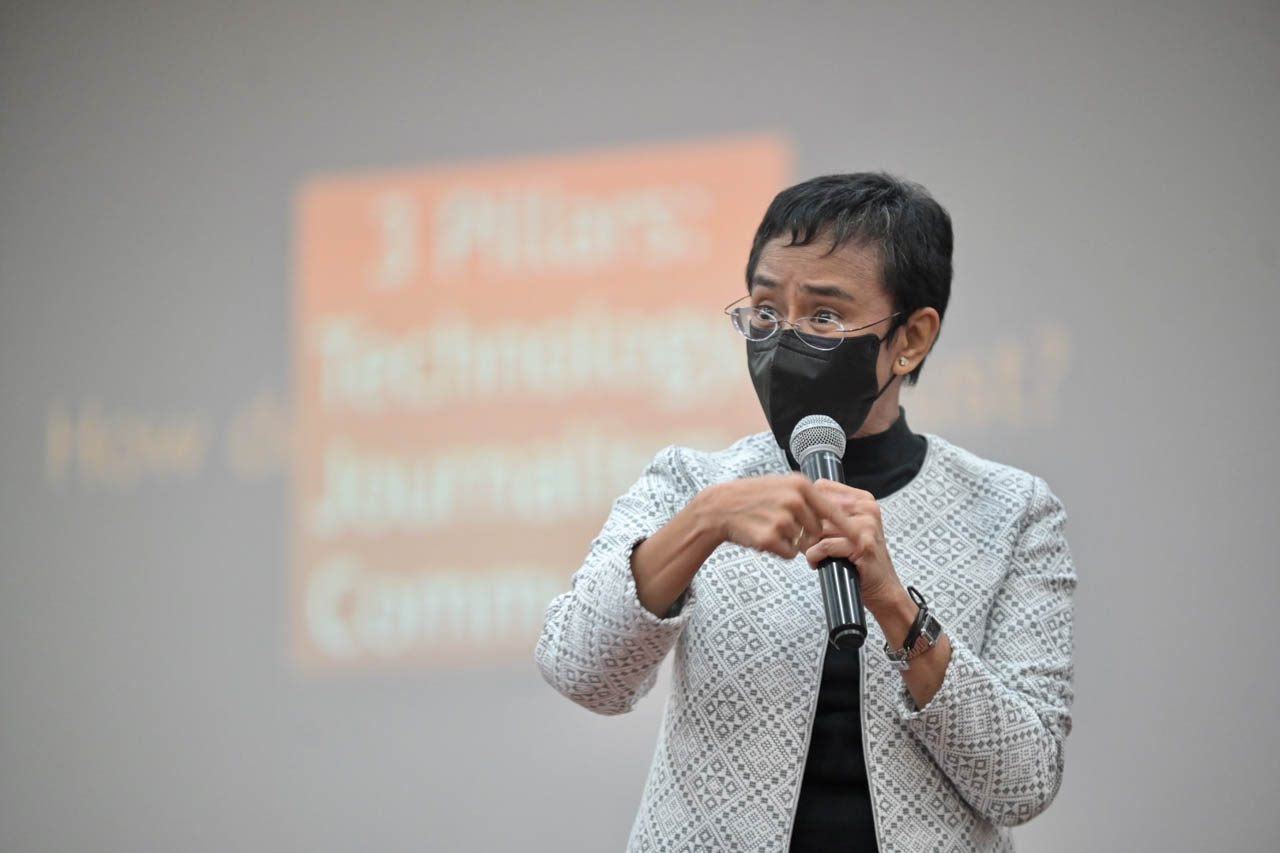 Rappler CEO and Nobel Prize Laureate Maria Ressa speaks to the medical community during The Battle For Facts forum which talks about fake news and disinformation at the Makati Medical Center on July 18, 2022. Photo by Alecs Ongcal/Rappler

Facebook Twitter Copy URL
Copied
'The Supreme Court itself expressed doubts on the constitutionality of criminalizing libel. I think it is high time that this conversation about decriminalizing libel continue,' says Rappler's counsel Ted Te

In a 32-page motion for reconsideration filed on July 22, 2022 with the CA’s Fourth Division, Ressa and Santos said the CA violated their rights when it insisted on extending the one-year prescription for libel, applying the cyber libel law retroactively to them, and increasing the penalty for it. They said that the CA erred in claiming, among others, that a mere correction of a typographical error in the story meant republication, and that businessman Wilfredo Keng was not a subject of public interest when the story came out on May 29, 2012.

Ressa and Santos also said that the CA failed to accord every doubt in their favor in violation of a basic principle of criminal law. They noted that even the CA acknowledged that their case “involves a novel implementation” of the cybercrime Llaw, which was enacted only a decade ago, in September 2012 – four months after Rappler published the story on Keng.

They maintained that the investigation that involved Keng was merely the “logical conclusion of journalistic duty.”

Lawyer Ted Te of the Free Legal Assistance Group (FLAG), counsel for Ressa and Santos, challenged the CA to take a second, closer look at international trends towards decriminalizing libel. Citing the amicus brief filed by Professor David Kaye, former United Nations special rapporteur on the promotion and protection of the right to freedom of opinion and expression, Te asked the CA to also consider that the United Nations Human Rights Committee had already declared in the Adonis case that the criminalization of libel is incompatible with free expression.

Likewise, the Philippines is under an obligation to ensure that such freedom is maintained, which would include reviewing libel laws.

“The Supreme Court itself, in the recent case of Tulfo, expressed doubts on the constitutionality of criminalizing libel. I think it is high time that this conversation about decriminalizing libel continue. It is our hope that the Court of Appeals will consider this in resolving our motion for reconsideration,” Te said.

In their motion for reconsideration, Ressa and Santos asked the CA to junk the Manila Regional Trial Court Branch 46’s June 15, 2020 decision convicting them of cyber libel, to acquit them of the crime, and set aside the damages the court had prescribed.

“The attacks against Rappler are political, not legal, aimed at preventing us from doing our jobs as journalists,” said Ressa. “The legal acrobatics in multiple cases filed against me to take away my freedom bend the rule of law until it’s broken. I appeal to the justices to uphold the spirit of the law that holds our democracy together.”

Santos said: “It is my wish that the rule of law will prevail. Because no one should be penalized for doing one’s duty to uphold public interest.”

On July 7, 2022, the CA denied the appeal of Ressa and Santos to overturn the Manila court’s decision.

Rappler, which has battled at least a dozen court cases during the six-year term of former president Rodrigo Duterte, said the CA’s decision weakened the ability of journalists to hold power to account. “What is ultimately at stake is our democracy whose strength rests on a media that is not threatened by the state nor intimidated by forces out to silence critical voices,” Rappler said.

The ruling came less than two weeks after the Securities and Exchange Commission reaffirmed its earlier order to shut down Rappler, a decision that Rappler is contesting in a higher court. – Rappler.com