UP professor and painter features 500 years of PH adversities, triumphs in stamp exhibit 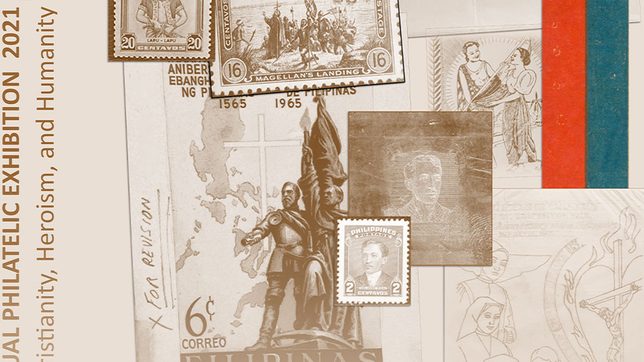 This is a press release from the Philippine Postal Corporation.

This year, amid the fear and panic of the COVID-19 pandemic, the country remembers historic firsts from 500 years ago that ultimately shaped the Philippines of today. Many question the concept of celebrating the arrival of Magellan, the first Catholic mass, or even the victory of Lapulapu at the Battle of Mactan, since these remind us of our conquest by foreign invaders. Some, however, consider the commemoration as a chance to revisit our history at a time when historical revisionism is on the rise.

University of the Philippines (UP) Fine Arts professor, painter, and philatelist Marco Ruben T. Malto II retells the story of the adversities and triumphs of the Filipinos for 500 years in his exhibit, “Faith, Hope and Charity: Conquest of the Philippines.” The 140-plate philatelic exhibit features Malto’s personal collection of stamps and archival documents, offering viewers a unique opportunity to remember the country’s 500-year history.

Malto is a graduate of UP Diliman College of Fine Arts (UPCFA), completing his Bachelor of Fine Arts Major in Painting degree in 1993, and his Master of Fine Arts degree in 2002. Through his solo art exhibitions, Malto provides the public a creative platform on some of the country’s critical concerns and how they interplay with history and the nuances of the Filipino culture.

As a philatelist, Malto served as the Philippine Commissioner for the 1999 World Stamp Exhibition in Melbourne, Australia, and has held stamp exhibitions in Asia, Australia, and Europe, which garnered him international awards. He started stamp collecting after graduating in 1993 and designed his first stamps in 1994.

The exhibit is in participation with the Philippine Postal Corporation’s (PHLPost) first Philippine virtual philatelic exhibition, titled “500 Years of Christianity, Heroism, and Humanity.” The online exhibit, launched in April in line with the 2021 Quincentennial Commemorations in the Philippines, features stamps issued during different eras in Philippine history.